Friends United Meeting (FUM) is an association of twenty-six yearly meetings of the Religious Society of Friends (Quakers) in North America, Africa, and the Caribbean. Its home pages states that it is "a collection of Christ-centered Quakers, embracing 34 yearly meetings and associations, thousands of local gatherings and hundreds of thousands of individuals." In addition there are several individual monthly meetings and organizations that are members of FUM; FUM's headquarters is in Richmond, Indiana, and has offices in Kisumu, Kenya. Friends United Meeting is a member of the National Council of Churches in the United States of America.

There are five other branches within American Quakerism, two of them represented by parallel organizations (Friends General Conference and Evangelical Friends Church International), the third (Central Yearly Meeting of Friends), the fourth (Conservative Friends), and the fifth (Beanite Quakerism), the fourth and the fifth having no single unifying organization. Of these six branches, FUM has the largest number of individual members. In 2005, there were 42,680 members in 427 congregations in the United States. [1] The Friends United Meeting is responsible for much of the growth of Quakerism in Africa and Latin America.

15 years after the signing on the Richmond Declaration in 1887, Five Years Meeting was established in 1902 by a collection of orthodox yearly meetings.

During the 1950s many yearly meetings in North America reunited and became joint members of Five Years Meeting and Friends General Conference.

As the largest organization of Quakers, Friends United Meeting is decidedly centrist and contains a wide range of Christian Quaker theological outlooks from very progressive and inclusive views to very conservative and traditional beliefs among individual members, Monthly Meetings or Churches, and affiliated Yearly Meetings within FUM. This has historically led to some friction within the larger organization. FUM also serves a wide range of Quaker worship styles in their Meetings for worship from unprogrammed, which is lay-led and on the basis of silence, to semi-programmed, which is pastor-led and include some elements of a traditional church service in addition to a period of open worship, to completely programmed.

Friends United Meeting considers itself to be noncreedal which allows it to embrace a wide range of Christian Quaker theological viewpoints.

Friends have no creeds—no official words can substitute for a personal relationship with God through Jesus Christ. These unofficial statements give a general sense of Friends’ faith.

God is love and wants to communicate inwardly with everyone who is willing. Worship is spiritual and must be Spirit-led. All people are equal before God and may minister as they are led by God. Jesus Christ is our present Teacher and Lord, and we seek to conduct church affairs in unity under his guidance The Spirit of God gives guidance that is consistent with the Bible. As people respond to the Light of Christ within, their lives begin to reflect Jesus’ peace, integrity, simplicity and moral purity.

The Holiness movement involves a set of Christian beliefs and practices that emerged chiefly within 19th-century Methodism, and to a lesser extent other traditions such as Quakerism, Anabaptism, and Restorationism. The movement is Wesleyan in theology, and is defined by its view of personal sin, and emphasis on the doctrine of a second work of grace generally called entire sanctification or Christian perfection. For the Holiness Movement "the term 'perfection' signifies completeness of Christian character; its freedom from all sin, and possession of all the graces of the Spirit, complete in kind." A number of evangelical Christian denominations, parachurch organizations, and movements emphasize those beliefs as central doctrine.

Friends General Conference (FGC) is a North American Quaker association of 15 Quaker yearly and 12 monthly meetings in the United States and Canada that choose to be members. FGC was founded in 1900.

The views of Quakers around the world towards homosexuality encompass a range from complete celebration and the practice of same-sex marriage, to the view that homosexuality is sinfully deviant and contrary to God's intentions for sexual expression. The Religious Society of Friends (Quakers) is a historically Christian religious movement founded in 17th-century England; it has around 350,000 members. In Britain, Canada, New Zealand and Australia, many Quakers are supportive of homosexual relationships, while views are divided among U.S. meetings. The majority (52%) of Quakers live in Africa, and though views may differ, the Kenyan Church of Friends does not support homosexual relationships.

The inward light, Light of God, Light of Christ, Christ within, That of God, Spirit of God within us, Light within, and inner light are related phrases commonly used within the Religious Society of Friends (Quakers) as metaphors for Christ's light shining on or in them. It was propagated by the founder of the Quaker movement, George Fox, who "preached faith in and reliance on 'inward light' ". The first Quakers were known to sit in silence and meditate on the words of the Bible until they felt the inward light of God shining upon them and the Holy Spirit speaking. Early Quakers taught: "God reveals Himself within each individual's conscience and consciousness by the Holy Spirit, Christ Himself being the Light to illumine man's sinfulness and lead in the way of truth and righteousness. ... this light is in all men by the grace of God to lead them to Christ, and that the same light will give daily guidance to the Christian."

Elias Hicks was a traveling Quaker minister from Long Island, New York. In his ministry he promoted unorthodox doctrines that led to controversy, which caused the second major schism within the Religious Society of Friends, the first being the schism caused by George Keith in 1691. He broke with the Philadelphia Friends Yearly meeting and established a separate Christian Quaker meeting. His followers were called "Keithians" or "Christian Quakers." Elias Hicks was the older cousin of the painter Edward Hicks.

Evangelical Friends Church International (EFCI) is a branch of Quaker yearly meetings around the world that profess evangelical Christian beliefs.

The Religious Society of Friends began as a proto-evangelical Christian movement in England in the mid-17th century in Lancashire. Members are informally known as Quakers, as they were said "to tremble in the way of the Lord". The movement in its early days faced strong opposition and persecution, but it continued to expand across the British Isles and then in the Americas and Africa.

There are about 196,800 members of the Religious Society of Friends, or Quakers, in Africa. African Friends make up around 52% of Friends internationally, the largest proportion in any one continent. Kenya has the largest number of Quakers in a single nation – about 146,300 in the year 2012.

Conservative Friends are members of a certain branch of the Religious Society of Friends (Quakers). In the United States of America, Conservative Friends belong to three Yearly Meetings, Ohio, North Carolina, and Iowa. English Friends affiliated with the Conservative branch tend to use the term Primitive, or Plain. There is no single unifying association of Conservative Friends, unlike three of the other branches of Quakerism in America, represented by Friends United Meeting, Evangelical Friends International, and Friends General Conference. 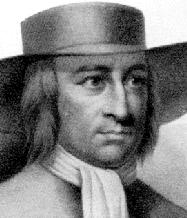 Quakers are people who belong to a historically Protestant Christian set of denominations known formally as the Religious Society of Friends. Members of these movements are generally united by a belief in each human's ability to experience the light within or see "that of God in every one". Some profess a priesthood of all believers inspired by the First Epistle of Peter. They include those with evangelical, holiness, liberal, and traditional Quaker understandings of Christianity. There are also Nontheist Quakers, whose spiritual practice does not rely on the existence of God. To differing extents, the Friends avoid creeds and hierarchical structures. In 2007, there were about 359,000 adult Quakers worldwide. In 2017, there were 377,557 adult Quakers, 49% of them in Africa.

Isaac Crewdson was a minister of the Quaker meeting at Hardshaw East, Manchester. He wrote A Beacon to the Society of Friends, a work published in 1835 which had a schismatic effect on English Quakerism.

The New Association of Friends is a Friends (Quaker) organization composed of fifteen congregations in three states Indiana, Ohio, and Michigan with most of the meetings located in east-central Indiana. The New Association has also welcomed individual members.

Evangelical theology is the teaching and doctrine that relates to spiritual matters in evangelical Christianity and a Christian theology. The main points concern the place of the Bible, the Trinity, worship, Salvation, sanctification, charity, evangelism and the end of time.