Peritus (Latin for "expert") is the title given to Roman Catholic theologians attending an ecumenical council to give advice. At the Second Vatican Council, some periti (the plural form) accompanied individual bishops or groups of bishops from various countries. Others were formally appointed as advisers to the whole council.[ citation needed ]

At the First Vatican Council, John Henry Newman refused an invitation to be a peritus.[ citation needed ]

Joseph Ratzinger who became Pope Benedict XVI served as peritus to Cardinal Josef Frings, Archbishop of Cologne, Germany, while Hans Küng was a peritus for the Second Vatican Council, rather than for an individual bishop.[ citation needed ]

Cardinal Yves Congar served as a consultant to the council upon the invitation of Pope John XXIII, but was hired as personal and expert theologian (peritus) at the council to Bishop Jean-Julien Weber of Strasbourg which allowed him to attend all the general sessions and to participate in discussions of any commission to which he was invited to. [1]

The periti of Vatican II, [2] although their official status designates them as at the service of the council, were most often first of all at the service of the currents which clashed at the council, either on the side of a reform of the church (acceptance of religious freedom, revision of church–state relations, reassessment of relations with other religions), either on the side of the continuation of a clash of Catholicism with the other institutions and currents of society, in the wake of the councils of Trent and Vatican I (especially for the experts close to Coetus Internationalis Patrum [3] ).

As for the US, there were 86 periti altogether during the four sessions of the council. [4] 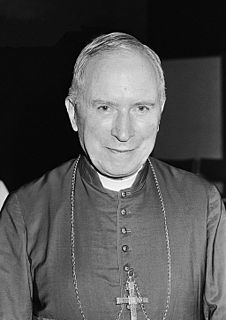 Giuseppe Siri was an Italian Cardinal of the Catholic Church who served as Archbishop of Genoa from 1946 to 1987, and was elevated to the rank of cardinal in 1953 by Pope Pius XII. He was a protege of Pope Pius XII. He was considered a likely candidate to succeed Pius XII, John XXIII, Paul VI, and John Paul I.

Hans Küng is a Swiss Catholic priest, theologian, and author. Since 1995 he has been president of the Foundation for a Global Ethic. He is notable for his rejection of the doctrine of papal infallibility. Although Küng is not officially allowed to teach Catholic theology, his priestly faculties have not been revoked. In 1979, he had to leave the Catholic faculty, but remained at the University of Tübingen as a professor of ecumenical theology, serving as an emeritus professor since 1996. 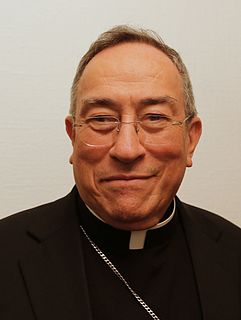 Óscar Andrés Rodríguez Maradiaga, S.D.B. is a Salesian and Cardinal of the Catholic Church from Honduras. He is the current Archbishop of Tegucigalpa, is the former President of Caritas Internationalis and served as President of the Latin American Episcopal Conference (CELAM) from 1995 to 1999. Rodríguez was elevated to the cardinalate in 2001. He has been the Vatican's spokesman with the International Monetary Fund and the World Bank, on the issue of Third World debt. 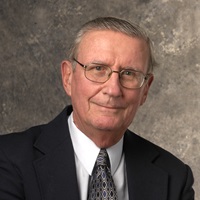 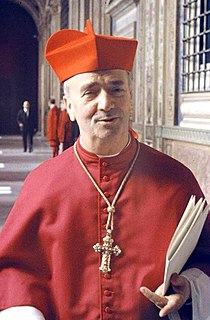 Aggiornamento, "bringing up to date", was one of the key words used during the Second Vatican Council both by bishops and the clergy attending the sessions, and by the media and Vaticanologists covering it. It was used to mean throwing open the doors of the Church metaphorically in order to open a dialogue with the outside world. It was the name given to the pontifical program of John XXIII in a speech he gave on January 25, 1959.

Pericle Felici was an Italian prelate of the Catholic Church. From 1947 until his death he held various offices in the Roman Curia, including Secretary General of the Second Vatican Council, head of the Pontifical Commission for the Revision of the Code of Canon Law, and from 1977 Prefect of the Supreme Tribunal of the Apostolic Signatura. He became a cardinal in 1967. In 1978, he twice announced to the world from the balcony of St. Peter's Basilica the election of a new pope. At the Council he was identified with the conservatives who sought to maintain Curial control of the proceedings and he was a prominent voice for more conservative and traditionalist views throughout his career.

The Coetus Internationalis Patrum was the most important and influential interest group of the "conservative" or "traditionalist" minority at the Second Vatican Council.

Charles Herman Helmsing was an American prelate of the Roman Catholic Church who served as bishop of the Diocese of Kansas City–St. Joseph (1962–1977).

Ernesto Ruffini was an Italian Cardinal of the Catholic Church who served as Archbishop of Palermo from 1945 until his death, and was elevated to the cardinalate in 1946 by Pope Pius XII. 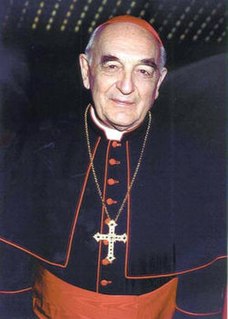 Lorenz Jaeger was a German Cardinal of the Roman Catholic Church who served as Archbishop of Paderborn from 1941 to 1973, and was elevated to the cardinalate in 1965.

Thomas Benjamin Cooray, O.M.I. was a Sri Lankan cardinal of the Roman Catholic Church who served as the Archbishop of Colombo from 1947 to 1976, and was elevated to the cardinalate in 1965 by Pope Paul VI.

Ernesto Civardi was an Italian Cardinal of the Roman Catholic Church who served as Secretary of the Sacred Congregation for Bishops from 1967 to 1979, and was elevated to the cardinalate in 1979.

Catholic ecumenical councils include 21 councils over a period of some 1900 years. While definitions changed throughout history, in today's Catholic understanding ecumenical councils are assemblies of patriarchs, cardinals, residing bishops, abbots, male heads of religious orders and other juridical persons, nominated by the pope. The purpose of an ecumenical council is to define doctrine, reaffirm truths of the Faith, and extirpate heresy. Council decisions, to be valid, are approved by the popes. Participation is limited to these persons, who cannot delegate their voting rights.

Geraldo de Proença Sigaud, S.V.D. was a Brazilian prelate of the Roman Catholic Church. He served as Bishop of Jacarezinho from 1947 to 1960, and as Archbishop of Diamantina from 1960 to 1980.