John Denver Faris (born January 18, 1951) is an American Chorbishop of the Syriac Maronite Church of Antioch, serving the Maronite Catholic Eparchy of Saint Maron of Brooklyn, headquartered in Brooklyn, New York. He is a canon lawyer of the Eastern Catholic Church, and an expert called upon for dialogue between the Catholic Church and the Eastern Christian Churches.

Faris was born in 1951 in Uniontown, Pennsylvania, the son of John M. Faris and his wife, Goldie Bowlen. He attended Charles E. Boyle Elementary School, Benjamin Franklin Junior High School, and Uniontown Area High School. In 1968 he enrolled at Saint Vincent College in Latrobe, Pennsylvania. While studying there, he felt called to serve as a priest and transferred to Sacred Heart Seminary in Detroit, Michigan, where he was awarded a Bachelor of Arts degree in 1972. While residing at the Pontifical North American College in Rome, he attended the Pontifical Gregorian University, where he received a Bachelor of Sacred Theology (magna cum laude) in 1975. He then pursued studies in moral theology at the Alphonsianum.

Archbishop Francis Mansour Zayek ordained him to the priesthood on 17 July 1976 at St. George Church in Uniontown. [1]

After completing his doctorate, Faris was named the Vice Rector of the Cathedral of Our Lady of Lebanon in Brooklyn. Upon completing a year of service there, he was appointed Vice Chancellor of the eparchy. In 1980, he was appointed Chancellor, and later Protosyncellus (Vicar General), of the eparchy, serving in these offices until 1996. During this period, he was named a Chaplain of His Holiness in 1988 by Pope John Paul II and later ordained a chorbishop of the Maronite Church by Zayek in 1991. [1]

From 1996 to 2009, Faris served in a variety of positions at the Catholic Near East Welfare Association (CNEWA), finally serving as Deputy Secretary General. While serving with this special papal agency dedicated to assisting the Eastern Churches, Faris traveled extensively in the Middle East, India, northeastern Africa and Eastern Europe and was involved in the fund-raising initiatives of the agency.

In June 2009, Faris was appointed pastor of St. Louis Gonzaga Maronite Church in Utica, New York. He also serves as a judge on the Tribunal of the eparchy. [2]

In June 2018, Faris was appointed pastor of Saint Anthony Church in Glen Allen, Virginia, effective 1 September 2018. He was additionally appointed Editor of The Maronite Voice and all electronic media and director of the Office of Communications of the Eparchy of Saint Maron.

Faris serves as an assistant professor in the School of Canon Law at the Catholic University of America in Washington, D.C.. A member since 1984, he was elected President of the Canon Law Society of America in 1994, and later served as the chairman of the ad hoc committee responsible for the preparation of the most recent English translation of the Code of Canons of the Eastern Churches . [3] He has also been elected the Secretary General of the Society for the Law of the Eastern Churches (1991-2000). He served as a consultor for the United States Conference of Catholic Bishops as a part of its Liaison Committee for Latin and Eastern Church Affairs (1992–96). In January 2018, Faris was appointed Chair of the CLSA Eastern Churches Committee for a three-year term.

Faris serves as a Catholic Representative on the North American Orthodox-Catholic Theological Consultation and the United States Oriental Orthodox-Roman Catholic Consultation. From 2007 - 2011, he served as a member of the Catholic Delegation on the Joint Working Group, a liaison body of the Catholic Church and the World Council of Churches. [4] In 2019, Faris was appointed by the Council for Promoting the Unity of Christians to the Catholic Delegation of the International Joint Commission for Theological Dialogue between the Catholic Church and the Oriental Orthodox Churches.

Equestrian Order of the Holy Sepulchre of Jerusalem

Faris was named a Titular Canon of the Equestrian Order of the Holy Sepulchre, with the rank of Knight Commander with Star (conferred on 23 November 2013). In September 2010, he received the Order's highest honor, the Golden Palm of Jerusalem, for his dedication to and work for the Christians of the Holy Land. He is a member of the Board of Councillors of the Eastern Lieutenancy of the Order for the United States. He is involved in recruiting new members and provides extensive lectures on the Order and the Holy Land. He has recently been serving as spiritual director for seminarians on Holy Land pilgrimages sponsored by the Eastern Lieutenancy. [1] Despite his numerous visits and pilgrimages to the Holy Land, Faris only received the "Pilgrim's Shell" from His Beatitude Pierbattista Pizzaballa in March 2017. On the same pilgrimage he received the Franciscan Cross in recognition of his charity towards the poor in the Holy Land.

In 2011, Faris was presented by the Canon Law Society of America with their Role of Law Award for his outstanding contributions to canonical science. [3]

The Syro-Malabar Catholic Church, or Church of Malabar Syrian Catholics, is an Eastern Catholic Major Archiepiscopal Church based in Kerala, India. It is an autonomous particular church in full communion with the pope and the worldwide Catholic Church, with self-governance under the Code of Canons of the Eastern Churches (CCEO). The Church is headed by the Metropolitan and Gate of all India Major Archbishop George Cardinal Alencherry. The Syro-Malabar Synod of Bishops canonically convoked and presided over by the Major Archbishop constitutes the supreme authority of the Church. Officially known as the Syro-Malabar Church, Syro-Malabar is a prefix coined from the words Syriac as the church employs the East Syriac Rite liturgy, and Malabar which is the historical name for modern Kerala. The name has been in usage in official Vatican documents since the nineteenth century.

Christianity in Lebanon has a long and continuous history. Biblical Scriptures purport that Peter and Paul evangelized the Phoenicians, whom they affiliated to the ancient patriarchate of Antioch. The spread of Christianity in Lebanon was very slow where paganism persisted especially in the mountaintop strongholds of Mount Lebanon. A 2015 study estimates some 2,500 Lebanese Christians have Muslim ancestry, whereas the majority of Lebanese Christians are direct descendants of the original early Christians.

Archimandrite Monsignor Victor J. Pospishil was a Ukrainian Catholic priest and a leading scholar on Canon law and the Eastern Catholic churches.

Dimitri (Dimitrios) Salachas was the Apostolic Exarch of the Greek Byzantine Catholic Church.

Joseph El Khoury was an emeritus bishop of the Maronite Catholic Eparchy of Saint Maron of Montreal.

The Eastern canonical reforms of Pope Pius XII were the several reforms of Oriental canon law and the Codex Iuris Canonici Orientalis, applying mainly to the Oriental Churches united with the Latin Church in communion with the Roman Pontiff. The Holy See's policy in this area had always two objectives, the pastoral care of approximately ten million Christians united with Rome and the creation of positive ecumenical signals to the two-hundred and fifty million Eastern Orthodox Christians outside the Church of Rome. 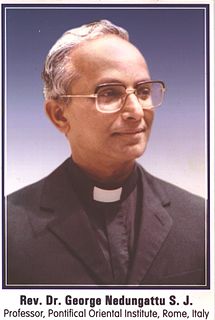 George Nedungatt, is an Indian Jesuit priest of Oriental rite, and expert in Oriental Canon Law.

Maronite Eparchy of Our Lady of Lebanon, headquartered in St. Louis, Missouri, is an entity pertaining to the Apostolic Maronite Patriarchal Church of Antioch and includes the Maronite faithful in the western and central United States. In conformity with the Code of Canons of the Eastern Churches (CCEO), the Eparchy is under the direct jurisdiction of the Roman Pontiff. In 2013 there were 52,300 baptized. It is currently ruled by eparch Abdallah Elias Zaidan, MLM.

Archbishop Francis Mansour Zayek was a prelate of the Maronite Church. He was the founding eparch of the Maronite Catholic Eparchy of Saint Maron of Brooklyn, an Eastern Catholic diocese based in Brooklyn, New York, which covers the eastern coast of the United States. 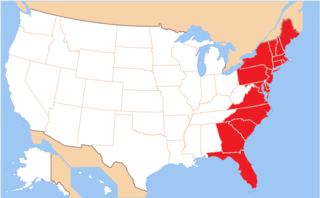 Maronite Catholic Eparchy of Saint Maron of Brooklyn is an entity pertaining to the Apostolic Maronite Patriarchal Church of Antioch and is a diocese of the Maronite Church for the east coast of the United States, being headquartered in Brooklyn, New York. In conformity with the Code of Canons of the Eastern Churches (CCEO), the Eparchy is under the direct jurisdiction of the Roman Pontiff. In 2017 there were 33,000 baptized. It is currently ruled by eparch Gregory John Mansour. 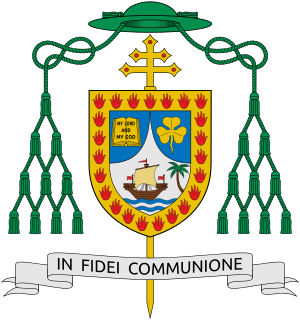 The Maronite Church is an Eastern Catholic sui iuris particular church in full communion with the pope and the worldwide Catholic Church, with self-governance under the Code of Canons of the Eastern Churches. It is headed by Patriarch Bechara Boutros al-Rahi since 2011, seated in Bkerke northeast of Beirut, Lebanon. Officially known as the Syriac Maronite Church of Antioch, it is part of Syriac Christianity by liturgy and heritage.