Last updated January 13, 2020
For the movement within evangelical Christianity, see Biblical patriarchy. For uses not directly related to the Bible, see Patriarch (disambiguation).
Main article: Jacob wrestling with the angel

The patriarchs (Hebrew : אבות‎Avot or Abot, singular Hebrew : אב‎ Ab or Aramaic: אבא Abba) of the Bible, when narrowly defined, are Abraham, his son Isaac, and Isaac's son Jacob, also named Israel, the ancestor of the Israelites. These three figures are referred to collectively as the patriarchs, and the period in which they lived is known as the patriarchal age.

Judaism, Christianity and Islam hold that the patriarchs, along with their primary wives, known as the matriarchs (Sarah, Rebekah and Leah) are entombed at the Cave of the Patriarchs, a site held holy by the three religions. Rachel, Jacob's other wife, is said to be buried separately at what is known as Rachel's Tomb, near Bethlehem, at the site where she is believed to have died in childbirth.

More widely, the term patriarchs can be used to refer to the twenty male ancestor-figures between Adam and Abraham. The first ten of these are called the antediluvian patriarchs, because they came before the Flood.

The patriarchs of the Bible, when narrowly defined, are Abraham, his son Isaac, and Isaac's son Jacob, also named Israel, the ancestor of the Israelites. These three figures are referred to collectively as the patriarchs, and the period in which they lived is known as the patriarchal age. They play significant roles in Hebrew scripture during and following their lifetimes. They are used as a significant marker by God in revelations [1] and promises, [2] and continue to play important roles in the Abrahamic faiths. Judaism, Christianity and Islam hold that the patriarchs, along with their primary wives, known as the matriarchs – Sarah (wife of Abraham), Rebekah (wife of Isaac) and Leah (one of the wives of Jacob) – are entombed at the Cave of Machpelah in Hebron, a site held holy by the three religions. Rachel is said to be buried separately at what is known as Rachel's Tomb, near Bethlehem, at the site where she is believed to have died in childbirth. [3]

More widely, the term patriarchs can be used to refer to the twenty male ancestor-figures between Adam and Abraham. The first ten of these are called the antediluvian patriarchs, because they came before the Flood.{cn}

The long lives ascribed to the patriarchs cause remarkable synchronisms and duplications. Adam lived to see the birth of Lamech, the ninth member of the genealogy; Seth lived to see the translation of Enoch and died shortly before the birth of Noah. Noah outlived Abram's grandfather, Nahor, and died in Abram's sixtieth year. Shem, Noah's son, even outlived Abram. He was still alive when Esau and Jacob were born!" [5] 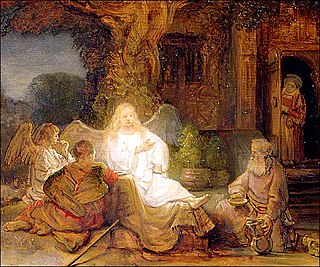 Abraham is the common patriarch of Christianity, Islam, Judaism, and some other religions. In Judaism, he is the founding father of the covenant of the pieces, the special relationship between the Hebrews and God; in Christianity, he is the prototype of all believers, Jewish or Gentile; and in Islam he is seen as a link in the chain of prophets that begins with Adam and culminates in Muhammad. 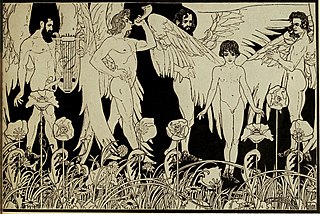 The Book of Genesis, the first book of the Hebrew Bible and the Old Testament, is Judaism's account of the creation of the world and the origins of the Jewish people. 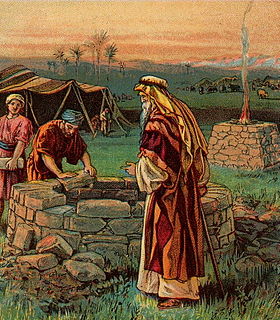 Isaac is one of the three patriarchs of the Israelites and is an important figure in the Abrahamic religions, including Judaism, Christianity, and Islam. He was the son of Abraham and Sarah, the father of Jacob, and the grandfather of the twelve tribes of Israel. 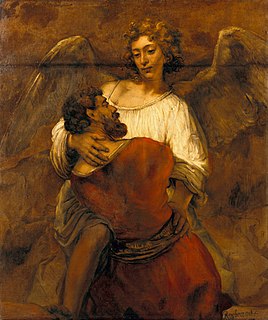 Jacob, later given the name Israel, is regarded as a Patriarch of the Israelites and so is an important figure in Abrahamic religions, such as Judaism, Christianity, and Islam. Jacob first appears in the Book of Genesis, the son of Isaac and Rebecca, the grandson of Abraham, Sarah and Bethuel, the nephew of Ishmael. He was the second-born of Isaac's children, the elder being his fraternal twin brother Esau. However, by deceiving Isaac when he was old and blind, Jacob was able to usurp the blessing that belonged to Esau as the firstborn son, and become the leader of their family. Following a severe drought in his homeland Canaan, Jacob and his descendants, with the help of his son Joseph, who had since become a confidante of Pharaoh, moved to Egypt, where he died, aged 147 years, and was buried in the Cave of Machpela. 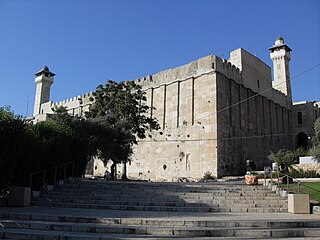 Sarah is a Biblical matriarch and prophetess, a major figure in Abrahamic religions. While some discrepancies exist in how she is portrayed by the different faiths, Judaism, Christianity, and Islam all depict her character similarly, as that of a pious woman, renowned for her hospitality and beauty, the wife of Abraham, and the mother of Isaac. 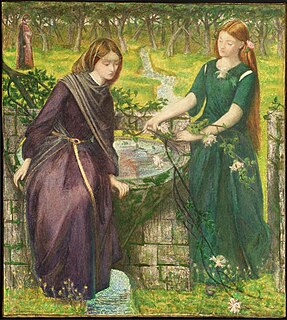 Mahalalel or Mahalaleel was a patriarch named in the Hebrew Bible. The King James Version spells his name Mahalaleel in the Old Testament and Maleleel in the New Testament.

The genealogies of Genesis provide the framework around which the Book of Genesis is structured. Beginning with Adam, genealogical material in Genesis 4, 5, 10, 11, 22, 25, 29-30, 35-36, and 46 move the narrative forward from the creation to the beginnings of Israel's existence as a people.

Lamech is a person in Cain's genealogy in the fourth chapter of the Book of Genesis. He is a sixth-generation descendant of Cain ; his father was named Methushael, and he was responsible for the "Song of the Sword". He is also noted as the first polygamist mentioned in the Bible, taking two wives, Adah and Zillah (Tselah).

There are three wife-sister narratives in Genesis, part of the Torah, all of which are strikingly similar. The narratives occur in Genesis 12, 20 and 26. At the core of each is the story of a Biblical Patriarch, who has come to be in the land of a powerful foreign overlord who misidentifies the Patriarch's wife as the Patriarch's sister, and consequently attempts to wed her himself. The overlord later finds out his error. Two of the three stories are similar in many other details, including the ruler's name, Abimelech.

The timeline of the Tanakh can be estimated using the ages given in Genesis and Jubilees. Starting with the creation of Adam and adding the information when his son was born, the age of his son, etc. this gives a timeline from Adam's creation to the death of Jacob 2255 years later. These timelines are used by some biblical scholars to estimate the age of the earth by counting back the number of years associated with each of the biblical patriarchs and adding the years together.

Abraham is known as the patriarch of the Israelite people through Isaac, the son born to him and Sarah in their old age and the patriarch of Arabs through his son Ishmael, born to Abraham and his wife’s servant Hagar. 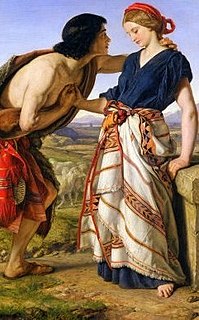 Rachel was a Biblical figure, the favorite of Jacob's two wives, and the mother of Joseph and Benjamin, two of the twelve progenitors of the tribes of Israel. Rachel's father was Laban. Her older sister was Leah, Jacob's first wife. Her mother was Adinah. Her aunt Rebekah was Jacob's mother.

Lamech was a patriarch in the genealogies of Adam in the Book of Genesis. He is part of the genealogy of Jesus in Luke 3:36.