The 1980 Summer Olympics, officially known as the Games of the XXII Olympiad, were an international multi-sport event held in Moscow, Russian SFSR, Soviet Union from 19 July to 3 August. A total of 5,179 athletes representing 80 National Olympic Committees (NOCs) participated in 203 events in 22 sports. They were the first Games to be staged in a communist nation.

Mosiula Faasuka Tatupu was a National Football League special teamer and running back from American Samoa who, during a fourteen-year professional career, played for the New England Patriots and the Los Angeles Rams. His tenure with the Patriots lasted from 1978 to 1990. He made the Pro Bowl in 1986.

John Cotton Allis is an American cyclist who entered into international cycling competition in the 1960s. He was one of the strongest competitive cyclists in the United States in the early 1970s, winning the United States National Road Race Championships in 1974. 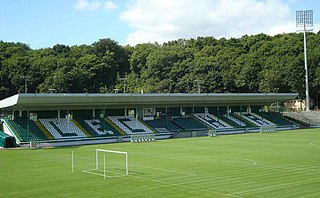 The Stadion Gdańskiego Ośrodka Sportu, sometimes officially called the Lechia Gdańsk Stadion or simply the Lechia Stadion is a multi-purpose stadium in Gdańsk, Poland. The stadium has a capacity for about 12,000 people, however it held 40,000 spectators during a match between Lechia Gdańsk and Italian side Juventus. The stadium was formerly called the "Stadium of the City Centre of Sports and Relaxation", and was known as Stadion MOSiR for short, until the Gdańsk Sports Center took over the running of the stadium in 2000.

NBC Sports Group is a division of NBCUniversal that is responsible for NBC Sports' media properties, encompassing the NBC television network's sports division as well as day-to-day operation of the company's sports-oriented cable networks and other properties such as NBC Sports Radio.

Alli Sports is an organizer of extreme sports events that is subsidiary of the NBC Sports Ventures LLC, a unit of NBC Sports Group. The group was formed in 2008 as a joint venture between NBC and MTV Networks, when the latter bought a stake in an extreme sports tour that NBC had been operating, the Dew Tour. While MTV parent Viacom has since sold its share in the venture, it still operates as a part of NBC. 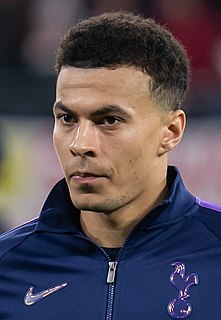 J. T. Thatcher is a former American football defensive back who played college football at the University of Oklahoma and attended Norman High School in Norman, Oklahoma. He was a consensus All-American in 2000. Thatcher won the Mosi Tatupu Award in 2000. He was also a member of the Oakland Raiders.

The Refugee Olympic Team competed at the 2016 Summer Olympics in Rio de Janeiro, Brazil, from 5 to 21 August 2016, as independent Olympic participants. In March 2016, the International Olympic Committee (IOC) President Thomas Bach declared that the IOC would choose five to ten refugees to compete at the Rio Olympics, in the context of the "worldwide refugee crisis", of which the European migrant crisis is a prominent part. Additionally, as part of an effort "to show solidarity with the world's refugees", the United Nations Refugee Agency selected Ibrahim Al-Hussein, a Syrian refugee residing in Athens, Greece, to carry the Olympic flame through the Eleonas refugee and migrant camp in the city as part of the 2016 torch relay.

Mosi is a masculine given name that may refer to the following notable people: