Mrs. Brown, You've Got a Lovely Daughter is a 1968 British musical comedy film starring Peter Noone. [1] The film showcases the British rock band, Herman's Hermits, and is their second and final feature film, following Hold On! in 1966. In Mrs. Brown, You've Got a Lovely Daughter the group sings nine songs including the title track and the romantic hit song "There's a Kind of Hush". [2]

It was shot at Shepperton Studios and on location around London and Manchester, including King's Cross Station, Covent Garden, St Katharine Docks and the Great West Road. The greyhound racing scenes were shot at the Catford Stadium and White City Stadium. The film's sets were designed by the art director George Provis.

Herman Tulley inherits a prize greyhound called Mrs. Brown and aims to race the dog and win the derby in London. Herman and his group, The Hermits, play gigs to raise money for the race entry fees. After Mrs. Brown wins the preliminaries in Manchester, The Hermits travel to London for the big race. However, they must again raise money to enter their greyhound, so they make arrangements for more concerts and also take up temporary employment at G.G. Brown's fruit market. During this time, Herman falls for Judy, an aspiring young model who is the Browns' daughter, but Tulip has her sights set on Herman. Mrs. Brown wins the London race, but is later lost by Herman after he ties her to a baggage cart at a busy railway station. She eventually is found by a street entertainer and returned and gives birth to a "daughter." Judy does modeling in Rome. Herman winds up moving on with the hint of a possible relationship with Tulip.

In DVD Talk , Bill Gibron wrote "It's almost impossible to embrace this movie as well made and amusing. It is an entertaining antique, but that's about it." [3] In The Spinning Image, Graeme Clark described the film as "something of an improvement on the Hermits' previous movie, Hold On! ...The songs are better...what you're left with is an artefact that was not intended to last down the ages, but has anyway." [4] 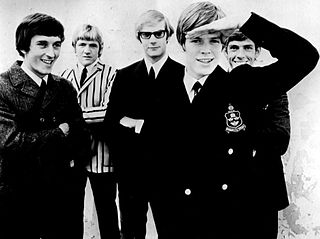 Herman's Hermits are an English pop group formed in 1964 in Manchester and fronted by singer Peter Noone. Known for their jaunty beat sound and Noone's tongue-in-cheek vocal style, the Hermits charted numerous transatlantic hits in the UK and in America, where they ranked as one of the most successful acts in the Beatles-led British Invasion. At the pinnacle of their popularity in 1965, the group logged twenty-four consecutive weeks in the top 10 of the US Billboard chart, and reached number one with the singles "Mrs. Brown, You've Got a Lovely Daughter" and "I'm Henry VIII, I Am". Their other international hits include "I'm Into Something Good", "Can't You Hear My Heartbeat", "Silhouettes", "Wonderful World", "A Must to Avoid", "There's a Kind of Hush", "I Can Take or Leave Your Loving", "Something's Happening" and "My Sentimental Friend", all of which were produced by Mickie Most. They also appeared in four films, two of which were vehicles for the band.

Peter Blair Denis Bernard Noone is an English singer-songwriter, guitarist, pianist and actor. He was the lead singer "Herman" in the 1960s pop group Herman's Hermits. 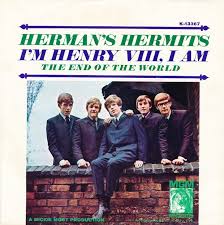 "I'm Henery the Eighth, I Am" is a 1910 British music hall song by Fred Murray and R. P. Weston. It was a signature song of the music hall star Harry Champion. 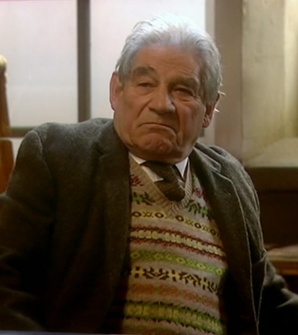 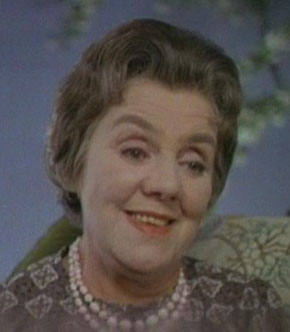 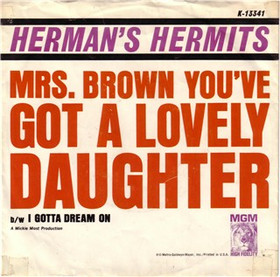 "Mrs. Brown, You've Got a Lovely Daughter" is a popular song written by British actor, screenwriter and songwriter Trevor Peacock. It was originally sung by actor Tom Courtenay in The Lads, a British TV play of 1963, and released as a single on UK Decca. 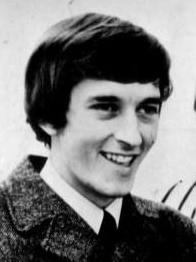 Keith Hopwood is an English pop and rock musician, singer-songwriter, composer, businessman and record producer, who served as the rhythm guitarist and backing vocals for the 1960s pop band, Herman's Hermits. Hopwood also served as a keyboardist, singer and guitarist for the post-Peter Noone outfit, Sour Mash, which recorded an unreleased album, A Whale of a Tale for RCA. 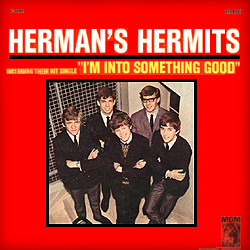 Herman's Hermits is the debut album of the band Herman's Hermits, first issued in 1965. As was typical of the time, the album's contents were different on the UK and US releases. UK albums tended not to include singles. The US edition of the album is sometimes called Introducing Herman's Hermits – a title used on the back cover and the record label but not on the front cover. 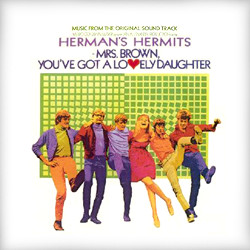 Mrs. Brown, You've Got a Lovely Daughter is the name of the fourth UK and seventh US album released by the band Herman's Hermits. It was first released in the UK in August, 1968 and in the US in September, 1968. The album was also the soundtrack to the film of the same name, also released in 1968.

The Most of Herman's Hermits is the name of a greatest hits album released in the U.K. by EMI Records' budget label Music For Pleasure for Herman's Hermits in 1971. The title refers to the producer Mickie Most and was first used for The Most of The Animals in 1966. This album became the band's highest charting UK album, reaching #14. 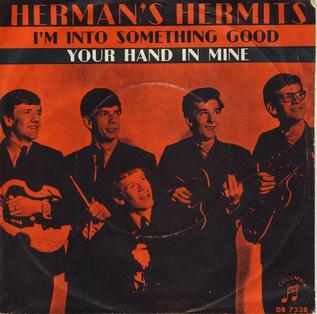 "I'm into Something Good" is a song composed by Gerry Goffin (lyrics) and Carole King (music) and made famous by Herman's Hermits. The song was originally recorded by Cookies member Earl-Jean on Colpix Records in 1964. It entered the U.S. Cash Box Top 100 charts in the US on 4 July 1964 and spent 8 weeks there, reaching a high of number 42 on 15 August 1964, and number 38 Billboard. 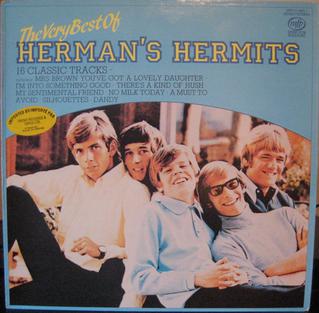 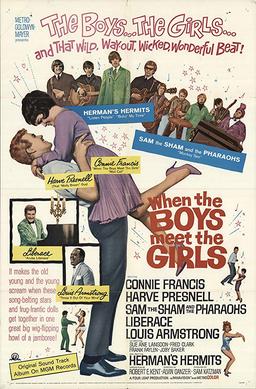 When the Boys Meet the Girls is a 1965 American musical film directed by Alvin Ganzer and starring Connie Francis and Harve Presnell based on the musical Girl Crazy and a remake of MGM's 1943 film Girl Crazy.

The Mrs. Brown, You've Got a Lovely Daughter EP by Herman's Hermits is the band's second EP and was released in the United Kingdom by EMI/Columbia It entered the Record Retailer EP Chart week ending June 12, 1965 and peaked at No.3.

The London Look EP by Herman's Hermits was the band's seventh and last EP and was released in the United Kingdom It was a promo only issue sponsored by Yardley cosmetics. 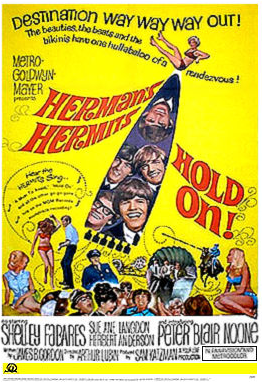 Hold On! is a 1966 American musical film directed by Arthur Lubin and starring Peter Noone, Shelley Fabares, Herbert Anderson, and Sue Ane Langdon. The film features performances by Herman's Hermits and stars the band as fictionalized versions of themselves. The soundtrack was released as an album, also called Hold On!.

Mrs. Brown, You've Got a Lovely Daughter may refer to:

"Show Me Girl" is a song written by Gerry Goffin and Carole King and performed by Herman's Hermits. It reached #19 on the UK and Swedish charts and #25 in Australia in 1964. The song was not released as a single in the United States and instead "Can't You Hear My Heartbeat" was released. It was featured on their 1965 album, Herman's Hermits. It was also featured on the band's second EP, Mrs. Brown, You've Got a Lovely Daughter (EP).

The Best of Herman's Hermits: The 50th Anniversary Anthology is a 2-CD set by British group Herman's Hermits, released in 2015 on Bear Family Records. The set was produced and compiled by Grammy-nominated producer Ron Furmanek and includes the band's greatest hits along with demos, stereo mixes and session outtakes.