Music theatre is a performance genre that emerged over the course of the 20th century, in opposition to more conventional genres like opera and musical theatre. [1] [2] The term came to prominence in the 1960s and 1970s to describe an avant-garde approach to instrumental and vocal composition that included non-sonic gesture, movement, costume and other visual elements within the score. [3] These compositions (such as György Ligeti’s Aventures (1962), Mauricio Kagel’s Match (1964) and Peter Maxwell Davies’s Eight Songs for a Mad King (1968)) were intended to be performed on a concert hall stage, potentially as part of a longer programme of pieces. [4] Since the 1980s, the term music theatre has come to include any live project that uses the techniques and theories of avant-garde theatre and performance art to experiment with new ways of combining music and theatre; this has been extended to include some of the historical works that influenced the music theatre of the 1960s, such as Arnold Schoenberg’s Pierrot lunaire (1912), Igor Stravinsky’s L'Histoire du soldat (1918) and Kurt Weill’s Mahagonny-Songspiel (1927). [5] [6] [lower-alpha 1] The unconventional scale and unfamiliar aesthetic language of this work often positions it outside of the established traditions, institutions and discourses of opera and musical theatre. For this reason, the genre has also been called new music theatre [7] and experimental music theatre. [8]

Music theatre projects are often composer-led, with the composer deciding many elements of the text, staging and design which would usually be determined by a librettist, director or designer. [9] Examples of key music theatre artists who compose and direct their work include Georges Aperghis and Heiner Goebbels. [10] Some music theatre artists, such as Laurie Anderson, Meredith Monk and Robert Ashley, also perform their own work. [11] Other directors of music theatre include Robert Wilson and Christoph Marthaler, and some pieces are created collectively by performance companies such as Poland's Song of the Goat and Germany's Die Maulwerker. [12]

The validity of music theatre as a genre distinct from opera and musical theatre varies according to the national context. [13] [14] In some countries, like Germany and Belgium, the concept is widely understood and supported by a dedicated infrastructure of festivals, venues and funding bodies; in other countries, it is wholly subsumed within opera, theatre or performance art, or else banished to a marginal status beyond categorisation. [15] Nevertheless, a renewed compositional interest in non-sonic, theatrical and "performative" elements from 21st century composers such as Simon Steen-Andersen, Johannes Kreidler and Jennifer Walshe has led to a resurgence in interest in the genre and its history. [16] [17] [18] 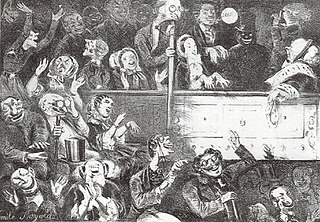 Operetta is a form of theatre and a genre of light opera. It includes spoken dialogue, songs, and dances. It is lighter than opera in terms of its music, orchestral size, length of the work, and at face value, subject matter. Apart from its shorter length, the operetta is usually of a light and amusing character. It sometimes also includes satirical commentaries. 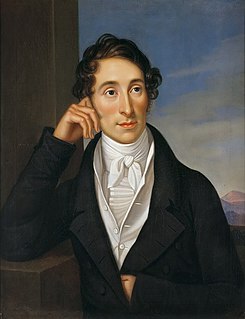 Carl Maria Friedrich Ernst von Weber was a German composer, conductor, virtuoso pianist, guitarist, and critic who was one of the first significant composers of the Romantic era. Best known for his operas, he was a crucial figure in the development of German Romantische Oper.

Although definitions of music vary wildly throughout the world, every known culture partakes in it, and music is thus considered a cultural universal. The origins of music remain highly contentious; commentators often relate it to the origin of language, with much disagreement surrounding whether music arose before, after or simultaneously with language. Many theories have been proposed by scholars from a wide range of disciplines, though none have achieved wide approval. Most cultures have their own mythical origins concerning the invention of music, generally rooted in their respective mythological, religious or philosophical beliefs. 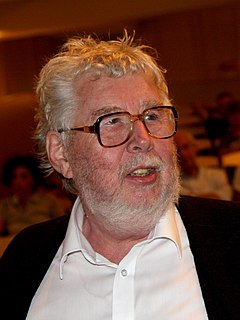 Sir Harrison Birtwistle was an English composer of contemporary classical music best known for his operas, often based on mythological subjects. Among his many compositions, his better known works include The Triumph of Time (1972) and the operas The Mask of Orpheus (1986), Gawain (1991), and The Minotaur (2008). The last of these was ranked by music critics at The Guardian in 2019 as the third-best piece of the 21st-century. Even his compositions that were not written for the stage often showed a theatrical approach. A performance of his saxophone concerto Panic during the BBC's Last Night of the Proms caused "national notoriety". He received many international awards and honorary degrees. 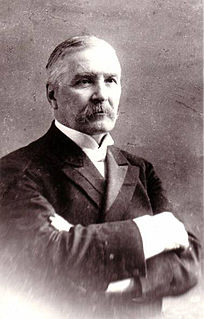 Mykola Vitaliyovych Lysenko was a Ukrainian composer, pianist, conductor and ethnomusicologist of the late Romantic period. In his time he was the central figure of Ukrainian music, with an oeuvre that includes operas, art songs, choral works, orchestral and chamber pieces, and a wide variety of solo piano music. He is often credited with founding a national music tradition during the Ukrainian national revival, in the vein of contemporaries such as Grieg in Norway, The Five in Russia as well as Smetana and Dvořák in what is now the Czech Republic. By studying and drawing from Ukrainian folk music, promoting the use of the Ukrainian language, and separating himself from Russian culture, his compositions form what many consider the quintessential essence of Ukrainian music. This is demonstrated best in his epic opera Taras Bulba from the novella of the same name by Nikolai Gogol, in which the grandeur, complexity and Ukrainian-language libretto prevented its staging during Lysenko's lifetime.

Gustave Reese was an American musicologist and teacher. Reese is known mainly for his work on medieval and Renaissance music, particularly with his two publications Music in the Middle Ages (1940) and Music in the Renaissance (1954); these two books remain the standard reference works for these two eras, with complete and precise bibliographical material, allowing for almost every piece of music mentioned to be traced back to a primary source. 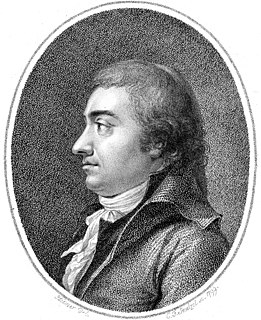 Johann Rudolf Zumsteeg was a German composer and conductor. 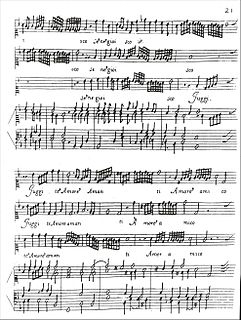 The concerto delle donne was a group of professional female singers in the late Italian Renaissance, primarily in the court of Ferrara, Italy. Renowned for their technical and artistic virtuosity, the ensemble was founded by Alfonso II, Duke of Ferrara, in 1580 and was active until the court was dissolved in 1597. Giacomo Vincenti, a music publisher, praised the women as "virtuose giovani", echoing the sentiments of contemporaneous diarists and commentators.

Opéra féerie is a French genre of opera or opéra-ballet where the plot is based on fairy tales, often with elements of magic in their stories. Popular in the 18th century, from the time of Jean-Philippe Rameau onwards, the form reached its culmination with works such as La belle au bois dormant by Michele Carafa and Cendrillon by Nicolas Isouard at the beginning of the 19th century. 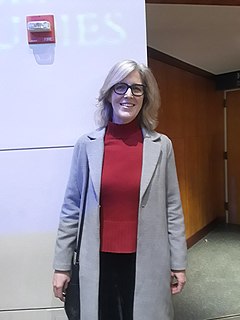 Anne Midgette is an American music critic who was the first woman to write classical music criticism regularly for a major news publication. She was the chief classical music critic of The Washington Post from 2008 to 2019, prior to which she wrote for The New York Times from 2001 to 2007. A specialist in opera and composers of contemporary classical music, Midgette advocates the importance of online criticism and has previously maintained a classical music blog. As a freelance writer she published in a wide variety of publications, sometimes covering other fields such as dance, theater, film and the visual arts. She is the co-author of two books, one with Herbert Breslin on his management of Luciano Pavarotti, and another with the pianist Leon Fleisher on his career.

Die drei Pintos is a comic opera of which Carl Maria von Weber began composing the music, working on a libretto by Theodor Hell. The work was completed about 65 years after Weber's death by Gustav Mahler. It premiered on 20 January 1888 at the Neues Stadttheater in Leipzig.

John Thomas Douglass (1847–1886) was an American composer, virtuoso violinist, conductor and teacher. He is best known for composing Virginia's Ball (1868), which is generally regarded as the first opera written by a Black American composer. The work is now lost, and his only extant composition is The Pilgrim: Grand Overture (1878) for piano. His biography from James Monroe Trotter's Music and Some Highly Musical People (1878)—in which The Pilgrim survives—reports that he wrote many now lost pieces for piano, orchestra and particularly guitar, which he was known to play.

La sposa fedele is an opera buffa in three acts by Pietro Alessandro Guglielmi. The Italian libretto was by Pietro Chiari.

Romeo und Julia is an opera in two acts by Heinrich Sutermeister. The composer wrote the libretto, after Shakespeare's Romeo and Juliet.

Jacob J. Sawyer (1856–1885) was an American composer, pianist, songwriter, and conductor. His Welcome to the Era March (1877) was included in James Monroe Trotter's Music and Some Highly Musical People (1878).