The union's origins lay in a meeting at Wellesbourne in Warwickshire, held in February 1872. Joseph Arch, a well-known labourer and Methodist preacher, addressed a meeting which was to have been held in the Stags Head pub. However, rather than the thirty or so labourers he had expected to attend, around 2,000 workers from across south Warwickshire turned up. The meeting was held outside, Arch speaking under a chestnut tree. [1]

The success of Arch's speech led to a series of further meetings, and the election of a committee, who met at John Lewis' farmhouse in the village. On Good Friday, the committee held a meeting at Leamington Spa which established the Warwickshire Agricultural Labourers Union, [1] Arch becoming its president, Henry Taylor its general secretary, and Matthew Vincent its treasurer. [2]

The union aimed to limit working time to a nine-and-a-half hour day, and institute a minimum wage of 16 shillings a week. It supported workers who wished to emigrate, reasoning that this would reduce labour supply in Britain and drive up wages. [2] It also supported the Liberal Party's "Free Breakfast Table" policy of abolishing taxes on basic foodstuffs. [3]

By 1873, membership of NALU had reached 71,835 in 982 branches, with wages reportedly increasing by 20 to 25%. Membership peaked at 86,214 in 1874, but by now, farmers were organising in opposition to the union, employing only non-union labour and agreeing to offer standard terms of 2 shillings for a 12-hour day. More than 10,000 union members found themselves out of work; the union paid unemployment benefit, but this was unsustainable, and it gave in during July. Despite the defeat, membership initially remained high, as workers were encouraged to secretly maintain union membership while working for anti-union farmers. However, a succession of poor harvests weakened the union's position, and membership fell below 10,000 in 1887, then halved again that year; the few remaining members were concentrated in Eastern England. Industrially weak, the union turned its attention to campaigning for an extension of the electoral franchise to all adult men, and providing sickness and funeral benefits to members. [2]

A banner from the Oxford branch dating from 1883 held at The Museum of English Rural Life shows how visible and the active the union was. [5]

In 1890, Arch began a new recruitment campaign; many workers were inspired by the London Dock strike of 1889, and membership again rose above 15,000, two-thirds of them in Norfolk. However, further strike defeats over the next few years led to wage reductions. Membership dropped quickly, falling to 1,000 in 1895. The union dissolved itself the following year. [2]

Joseph Arch was an English trade unionist and politician, born in Barford, Warwickshire who played a key role in unionising agricultural workers and in championing their welfare. Following their enfranchisement, he became a Member of Parliament.

The police strikes of 1918 and 1919 in the United Kingdom resulted in the British government putting before Parliament its proposals for a Police Act, which established the Police Federation of England and Wales as the representative body for the police. The Act barred police from belonging to a trade union or affiliating with any other trade union body. This Act, drafted and passed into law, was passed in response to the formation of the National Union of Police and Prison Officers (NUPPO). A successful police strike in 1918 and another strike in June 1919 led to the suppression of the union by the government. On 1 August 1919, the Police Act of 1919 passed into law. Only token opposition from a minority of Labour Members of Parliament was voiced in Parliament.

The National Union of Agricultural and Allied Workers (NUAW) was a trade union in the United Kingdom which existed between 1906 and 1982. It represented farmworkers. 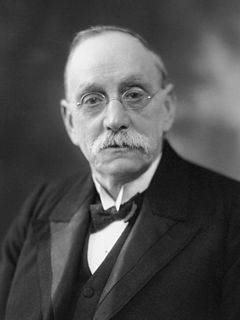 George M. Ball was a British politician and trade unionist.

The United Builders' Labourers Union was a trade union representing labourers in the construction industry in the United Kingdom.

George Mitchell was a British stonemason, who became prominent in the National Agricultural Labourers' Union.

George Rix was a British trade union leader and politician.

James Lunnon (1869–1952) was a British trade unionist and political activist.