Notion's team is headed up by Nicholas Douglas (director). Contributors to the magazine also write for other publications including The Guardian , Drowned In Sound , Pop Justice and The Huffington Post .

Notion Magazine also has its website counterpart, which bridges the gap between its quarterly issues, running daily fashion, music and culture features and articles. Notionmagazine.com provides a platform for emerging and established artists to share news instantaneously. The website also runs stories digitally alongside the quarterly printed issues.

In November 2018, the website underwent an extensive relaunch with the URL changing to notion.online.

Vibe is an American music and entertainment magazine founded by producer Quincy Jones. The publication predominantly features R&B and hip hop music artists, actors and other entertainers. After shutting down production in Summer 2009, Vibe was purchased by the private equity investment fund InterMedia Partners and is now issued bi-monthly with double covers, with a larger online presence. The magazine's target demographic is predominantly young, urban followers of hip hop culture. In 2014, the magazine moved online-only. 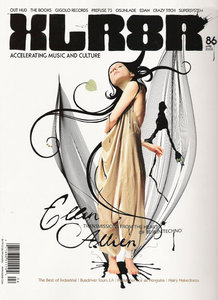 The Fly was a free music magazine owned by MAMA & Company, published monthly in the United Kingdom.

V magazine is an American fashion magazine published since 1999. The magazine is printed seasonally and highlights trends in fashion, film, music and art. A men's fashion quarterly entitled VMAN started as an offshoot in 2003. 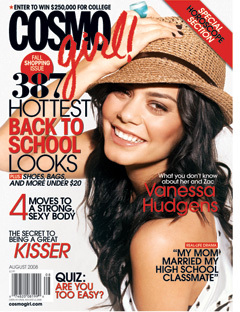 CosmoGirl, also stylized as CosmoGIRL!, was an American magazine based in New York City, published from 1999 until 2008. The teenage spin-off of Cosmopolitan magazine, it targeted teenage girls and featured fashion and celebrities. It was published ten times a year and reached approximately eight million readers before folding. The last issue was released in December 2008; thereafter, subscribers received issues of fellow Hearst publication Seventeen.

Aesthetica Magazine is an international art and culture magazine, founded in 2002. Published bi-monthly, it covers contemporary art from around the world across visual arts, photography, architecture, fashion and design. It has a readership of over 455,000 and national and international distribution.

Boulevard is a Long Island/New York City regional variety magazine owned by Anton Media Group. Founded in 1985, it was well received as a bi-monthly newspaper inserted into selected weekly newspapers in and around Long Island's Gold Coast. The glossy magazine was relaunched in 2016 after a 5-year hiatus as a quarterly publication.

Fever Zine was a quarterly zine based in London, United Kingdom.

h Magazine was an American magazine, published by Apple Ridge Films, a company founded by photographer, Robert Todd Williamson. The publication covered entertainment news, film, television, music, theater, books, multimedia, and popular culture. h's primary focus was entertainment media and critical reviews, and, while it was aimed at the wider consumer market, the magazine's viewpoint was from an industry insider perspective.

R2 is a music magazine published bi-monthly in the United Kingdom. It was launched in 1988 as Rock'n'Reel, changing its name to R2 in early 2009.

What If? Magazine was a Canadian magazine, that covered music, art, literature, film, writing and popular culture. Unlike celebrity-focused publications, WI's primary concentration was on Canadian up-and-coming artists with a heavy focus on youth and young adult audiences. The publication was notable for their heavy encouragement and publishing of reader-created material.

The Hub was founded by London-based Tolu Adeko, an entrepreneur with a background in interior design. Launched in September 2009, it is a quarterly magazine covering a range of lifestyle topics including Art & Culture, Design & Interiors, Travel & Leisure, Food & Drink, Entertainment, Fashion & Style, Beauty & Grooming and fashion stories.

Erin Ralph is an American entrepreneur, writer and producer of Irish and English descent. She is founder of CoCre.org, a platform that crowdsources resources for nonprofits and for-good missions. She is a founding partner of SERENE, a community for women built around consciousness and well being. 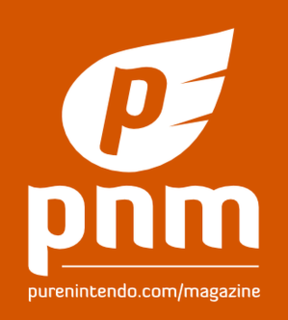 Pure Nintendo Magazine (PNM) is a bi-monthly, independently published magazine that features Nintendo-related content and news. The print's first issue of PNM was published in October 2011 by Pure Media, LLC. The magazine joined Metacritic in 2019 with its consistent stream of first-party and third-party video game reviews. Currently, issues of the magazine are released digitally, and it is complemented by the company's online website, PureNintendo.com.

Houstonia is a magazine about Houston and Greater Houston, Texas, United States. It is published by SagaCity Media. The magazine's first issue released in April 2013, titled 250 Reasons to Love Houston. As of January 2016, the magazine is distributed at 800 locations in Greater Houston, including newsstands, retail outlets, and grocery stores.