The Asheville Altitude were a founding team of the National Basketball Development League (NBDL) in 2001. They played at the Asheville Civic Center in Asheville, North Carolina, where they won back-to-back championships in 2004 and 2005. [3]

Southwest Basketball, LLC, headed by former Indiana Pacers general manager David Kahn, was awarded four National Basketball Development League franchises in March 2005. One of the Southwest Basketball franchises was for Tulsa. The Tulsa team agreed to play for three years at the Expo Square Pavilion. [4] Instead of the announced new franchise, the company purchased the Asheville Altitude in May 2005 and moved them to Tulsa. [3] [5] Southwest had a name-the-team contest, which had 1,200 entries, with the winning name, the 66ers, announced on July 29, 2005. [4] The 66ers name comes from U.S. Route 66, which runs through state of Oklahoma and Tulsa and is a mile south of Expo Square Pavilion. [5] On August 2, 2005, the team named Joey Meyer as the team's first head coach. [4] For their inaugural season and under a new affiliation system, the 66ers were directly affiliated with four NBA teams: the Chicago Bulls, Indiana Pacers, Milwaukee Bucks and New Orleans Hornets. [6]

For its second season, 2006–07, the team's assigned NBA affiliated teams the Bulls and the Pacers were dropped while the New York Knicks were added. [7] Local businessman Jono Helmerich's group purchased a 20% stake in the franchise from Southwest Basketball, while Helmerich was named team president on February 5, 2007. [4] For the 2007–08 season, the Dallas Mavericks joined as the 66ers NBA affiliates while the Hornets were dropped. [8]

The 66ers indicated on February 12, 2008, that for the 2008–09 season that the team would start playing at the new SpiritBank Event Center in the suburb of Bixby. [4] Seattle SuperSonics and the Bucks were assigned on June 12, 2008, as NBA affiliates for the 2008–09 season. [9] On July 31, 2008, the 66ers announced that Professional Basketball Club LLC, owner of the Oklahoma City Thunder, had purchased the 66ers, marking the third D-League team to be owned by an NBA team (the first two were the Los Angeles D-Fenders and the Austin Toros, owned by the Los Angeles Lakers and San Antonio Spurs, respectively). [10]

The one-season relationship with the arena ended with a lawsuit regarding more than $100,000 the team claimed it was owed. The 66ers filed a lawsuit seeking more than $200,000 in compensatory damages from SpiritBank Center's ownership group. The team subsequently moved to the Tulsa Convention Center in downtown Tulsa for the 2009–10 season. [11]

In April 2010, the Tulsa 66ers reached the playoffs for the first time. The team won two postseason series to reach the D-League finals. Facing the Rio Grande Valley Vipers, the team lose the final by zero games to two games. [4]

For the 2010–11 season, the 66ers coached by Nate Tibbetts set a team record of 33–17 while also having a 14-game winning streak. In the playoff, the team reaches the semifinals facing Iowa losing the series 0–2. [4]

In May 2012, the 66ers announced that they would return to the SpiritBank Event Center for the 2012–13 season. [12] Before September 2013 when the OKC Thunder add the station to its Thunder Radio Network, KAKC 1300 AM was already the 66ers' radio broadcasting partner. [13] Making the playoffs again, Tulsa won a first round series against Canton but was swept again in the semi-final this time by Rio Grande Valley. [4]

After getting offers from four venues, Professional Basketball Club felt none were suitable and announced the 66ers would move to Oklahoma City starting with the 2014–15 season. [15] With the move, the team was rebranded from the 66ers to the Blue. [16] [17] In the 2016–17 season, the team was the regular season Western Conference champion with 34 wins, a franchise record. [18] 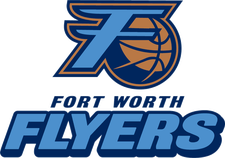 The Fort Worth Flyers were a minor league basketball team in the NBA Development League (D-League) based in Fort Worth, Texas. They began play in the 2005–06 season and were shut down for the 2007–08 season.

The Iowa Wolves are an American professional basketball team based in Des Moines, Iowa. They are owned by and affiliated with the Minnesota Timberwolves as of the 2017–18 season. They play in the Western Conference in the NBA G League, a minor league basketball organization run by the National Basketball Association (NBA). The Wolves play their home games at the Wells Fargo Arena. From 2007 to 2017, the team was known as the Iowa Energy in the NBA Development League (D-League) until being purchased and renamed by the Timberwolves. They broke the D-league attendance record on their first ever home game with 8,842 fans. They later set the record again in game two of the 2011 D-League Finals with an attendance of 14,036 fans. They won the 2011 D-League Finals, defeating the Rio Grande Valley Vipers two-games-to-one.

The Fort Wayne Mad Ants are an American professional basketball team of the NBA G League, located in Fort Wayne, Indiana. The Allen County War Memorial Coliseum is the home venue for the team. The team is the first minor league basketball franchise to play in Fort Wayne since the Fort Wayne Fury of the Continental Basketball Association. The Mad Ants won their first D-League championship in 2014. In September 2015, the Indiana Pacers purchased the Mad Ants, which thus became the Pacers' one-to-one D-League affiliate.

Mustafadeen Abdush "Mustafa" Shakur is an American professional basketball player for the Oklahoma City Blue of the NBA G League. He played college basketball for the University of Arizona and has previously played professionally in Europe, Lebanon, the NBA D-League and the NBA.

Kyle Donovan Weaver is an American professional basketball player for Polski Cukier Toruń of the Polish Basketball League (PLK). He played college basketball for Washington State University, and was drafted 38th overall by the Charlotte Bobcats in the 2008 NBA draft. Weaver, a 6'6" shooting guard-small forward, was born in Beloit, Wisconsin. His father, LaMont Weaver, played collegiate basketball at the University of Wisconsin. 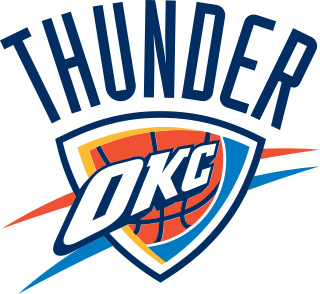 The Oklahoma City Thunder are an American professional basketball team based in Oklahoma City. The Thunder competes in the National Basketball Association (NBA) as a member of the league's Western Conference Northwest Division. The team plays its home games at Chesapeake Energy Arena.

Robert Anthony Vaden is an American professional basketball player. Previously he played for the Erie BayHawks of the NBA Development League. Vaden played college basketball with the Indiana Hoosiers and the UAB Blazers for two years each. After four years in college, he was drafted by the Charlotte Bobcats with the 54th pick in the 2009 NBA draft. After the draft, his draft rights were immediately traded to the Oklahoma City Thunder. However, the Thunder did not sign him to a contract. As a result, he went on to play in Italy, Slovakia and in the NBA Development League with the Tulsa 66ers, the D-League team affiliated with the Thunder.

The Texas Legends are an NBA G League team based in Frisco, Texas, and the minor league affiliate of the Dallas Mavericks. The franchise began as the Colorado 14ers in 2006, before relocating to Frisco in 2009 and becoming the Texas Legends for the 2010–11 season. The Legends play their home games at the Comerica Center.

Daniel Joseph Orton is an American professional basketball player for Toyama Grouses of the B.League. He is a 6-foot 10-inch, 265-pound center who played college basketball for the University of Kentucky.

Mario Deantwan Little is an American professional basketball player who last played for Ifaistos Limnou of the Greek Basket League. He played college basketball for Chipola College and Kansas before beginning his professional career in Ukraine. After three years in the NBA Development League, Little began an overseas career that spanned Europe, Asia, the Middle East, and South America.

Darko Rajaković is a Serbian basketball coach, currently working as an assistant coach for the Phoenix Suns of the National Basketball Association (NBA).