Oliver Tompsett (born 25 August 1981) is a British stage actor and singer, best known for his portrayal of Fiyero in the West End production of the musical Wicked , and for playing the role of Galileo in the West End Smash hit We Will Rock You .

Tompsett trained at Arts Educational School, and during his final year he played: "Cinderella’s Prince" in Into the Woods ; "Tommy" in The Who's Tommy and "Tony" in West Side Story .

Tompsett made his professional and West End debut in October 2002 in the Madness/Tim Firth musical Our House , directed by Matthew Warchus, at London’s Cambridge Theatre. He is featured on the DVD of the production, recorded for BBC3 in 2003, as the character Callum and as a member of the ensemble.

His subsequent London stage appearances include: Benny Andersson and Björn Ulvaeus’ Mamma Mia! , directed by Phyllida Lloyd, at the Prince of Wales Theatre; Notes From New York at the Trafalgar Studios and Christmas In New York at the Apollo Theatre, both directed by David Randall; 'Caliph' in Kismet , directed by Tiffany Watt-Smith, at the Arcola Theatre and "Harry Lytton" in Richard Stirling’s Over My Shoulder: The Story of Jessie Matthews, directed by Stewart Nicholls, at Wyndhams Theatre.

Immediately prior to joining the original cast of Wicked, in September 2006, he appeared in Trevor Nunn’s production of Peter Shaffer’s The Royal Hunt of the Sun at the National Theatre. He has twice appeared on the Royal Variety Performance, in 2002 and 2006.

Tompsett next played the role of Fiyero in the West End musical Wicked , which opened 27 September 2006. He is a member of the original London cast, having previously performed in the ensemble and serving as the understudy for Fiyero, before replacing Adam Garcia on 16 July 2007. He played his final performance on 27 March 2010 after three and a half years with the production. He was succeeded by Lewis Bradley who played the role until May 2010, when Lee Mead took over. [1]

Tompsett originated the role of Drew in the West End production of Rock of Ages . [2] For this role he was nominated for the whatsonstage.com Theatergoers Choice Award for Best Actor in a Musical. [3] Oliver left the show on 23 September 2012 when his contract ended.

On 12 September 2012 it was confirmed that Oliver will replace Noel Sullivan as Galileo in We Will Rock You on 6 October 2012. For this part he was nominated for the whatsonstage.com Theatergoers Choice Award for Best Take Over in a Role. [4] He remained with the show till its closure on 31 May 2014.

From November 2014 to 24 January 2015, Tompsett played the role of Phil Davis in the musical White Christmas alongside Darren Day in Leeds. [5]

From 16 March to 14 August 2016, Tompsett played the role of Sky Masterson in the West End revival of Guys and Dolls following its transfer to the Phoenix Theatre in London. [6] Tompsett reprised the role for the show's Israeli premiere at the Opera House in Tel Aviv for 10 performances. [7]

On 9 February 2017, Oliver and Michelle had a baby girl who they named Kaia.

In 2019, Tompsett joined the cast of & Juliet as Shakespeare.

In 2008 he recorded a song for the CD Act One - Songs From The Musicals Of Alexander S. Bermange , an album of 20 new recordings by 26 West End stars, released in October 2008 on Dress Circle Records. He can be heard on the recent Alexander S. Bermange CD singing "More than a Memory" and more.

In late 2008 he released his debut album entitled "Sentimental Heart", with all of the songs written, performed and produced by Tompsett.

Tompsett also recorded the song 'We Are Not Alone' on Terry Pratchett's 'Only You Can Save Mankind', which was released on 23 November 2009.

In May 2010, Tompsett announced on his Official Twitter account that due to the success of his début album, he had signed a record deal with Major Record Label Warner Brothers. [8] His second album was released in 2011. [9] 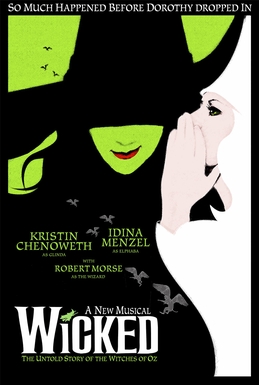 Wicked is a Broadway musical, with music and lyrics by Stephen Schwartz and book by Winnie Holzman. It is based on the 1995 Gregory Maguire novel Wicked: The Life and Times of the Wicked Witch of the West, itself a retelling of the classic 1900 novel, The Wonderful Wizard of Oz by L. Frank Baum and the 1939 Metro-Goldwyn-Mayer film The Wizard of Oz. 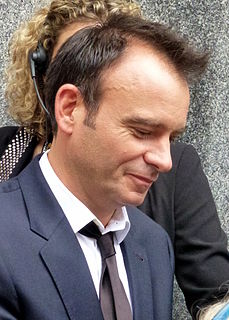 David Bedella is an American actor. He is currently based in London and is best known for his Olivier award-winning roles in Jerry Springer – The Opera, In The Heights and & Juliet.

Summer Peta Vaigncourt-Strallen is an English actress who has performed various roles on stage and screen. Her most notable theatre credits include Meg Giry in the West End production of Love Never Dies and Maria von Trapp in Andrew Lloyd Webber's revival of The Sound of Music at the London Palladium. 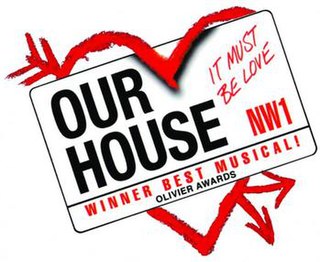 Our House is a musical with music and lyrics by Madness and one song "It Must Be Love" written by Labi Siffre and a book by playwright Tim Firth. Premiering at The Cambridge Theatre in 2002, Our House was the winner of the 2003 Olivier award for Best New Musical and has since gone on to tour both nationally and internationally to great acclaim. Through the music of Madness, writer Tim Firth explores the themes of love, family values, growing up, responsibility and dealing with losing the people that shape us.

Kerry Jane Ellis is an English actress and singer who is best known for her work in musical theatre and subsequent crossover into music. Born and raised in Suffolk, Ellis began performing at an early age before training at Laine Theatre Arts from the age of 16.

James Gillan is a Scottish stage actor born in Glasgow, and trained at The Arts Educational Schools in London. 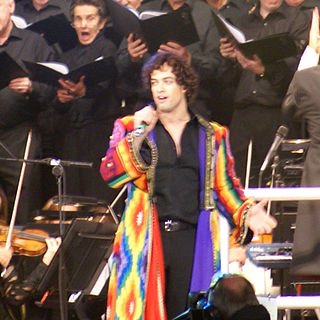 Ashleigh Gray is a Scottish Actress and Musical Theatre performer best known for playing Elphaba in the London and UK & Ireland touring productions of Wicked. 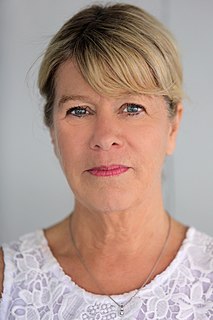 Alexander S. Bermange is a composer and lyricist whose musicals and theatre productions have enjoyed successful runs in the West End and around the world, whose comic writing is regularly listened to by millions of listeners to BBC Radio, and whose songs have been recorded and released by many international singing stars.

Alexia Khadime is an English actress and mezzo-soprano, known for her roles in British musical theatre and television.

Rachael Wooding is an English, Yorkshire born musical theatre performer, best known for her performances in We Will Rock You, playing Meat and Scaramouche. She began her career in musicals in Germany – such as Cats and Starlight Express. After West End success in Saturday Night Fever and Fame, she went on to play Amber in the original London cast of Hairspray the Musical. Wooding left Hairspray in October 2008. She then performed the title role in Evita the Musical on the UK tour.

Notes From New York is a successful London based concert series, created primarily to showcase the output of contemporary musical theatre writers. 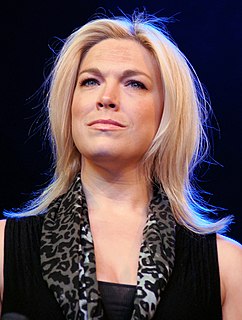 Hannah Waddingham is an English actress and singer, best known for her contribution to West End musical theatre, particularly her performances in the original London production of Spamalot, the 2010 Regent's Park revival of Into the Woods, and most recently, The Wizard of Oz. She has received three Olivier Award nominations for her work. She has also had a successful film and television career. In 2015 she joined the cast of the fifth season of the HBO series Game of Thrones as Septa Unella, as well as appearing in the 2012 feature film adaptation of Les Misérables and 2018 British psychological thriller Winter Ridge in a primary role.

Louise Dearman is a British actress and singer, perhaps best known for playing Glinda and Elphaba in the West End production of the musical Wicked. Notably, she is the only actress to have played both witches in any production of Wicked full-time. She has a number of other professional stage and television credits, such as Eva Perón in Evita, Sarah Brown and Miss Adelaide in Guys and Dolls, and Daisy Hilton in Side Show. She released her solo albums, You and I, Here Comes the Sun and It's Time, in 2005, 2012 and 2013 respectively. 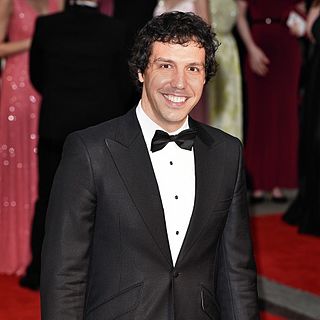 Alexandre Gaumond is a Canadian actor, singer and songwriter known mainly for his involvement in West End theatre.

Benjamin Edward "Ben" Forster is a British actor and singer. He won ITV's Superstar competition in 2012. As a result, Forster played the lead role of Jesus in the revival of Andrew Lloyd Webber's rock opera Jesus Christ Superstar in its 2012 arena tour. Forster returned to the role at the end of May to tour Australia through 2013.

George Maguire is an English actor and musician, known for originating the role of Dave Davies in the musical Sunny Afternoon.

Cassidy Janson is a British actress, known for her work in musical theatre. She won the 2020 Olivier Award for Best Supporting Performance in a Musical for & Juliet.