Last updated September 12, 2022
Letter which is written for a wide audience
For other uses, see Open letter (disambiguation).

An open letter is a letter that is intended to be read by a wide audience, or a letter intended for an individual, but that is nonetheless widely distributed intentionally. [1] [2] [3]

Open letters usually take the form of a letter addressed to an individual but provided to the public through newspapers and other media, such as a letter to the editor or blog. [4] Especially common are critical open letters addressed to political leaders.

Letters patent are another form of open letter in which a legal document is both mailed to a person by the government and publicized so that all are made aware of it. Open letters can also be addressed directly to a group rather than any individual.[ citation needed ]

Two of the most famous and influential open letters are J'accuse...! by Émile Zola to the President of France, accusing the French government of wrongfully convicting Alfred Dreyfus for alleged espionage, and Martin Luther King Jr.'s Letter from Birmingham Jail , including the famous quotation "Injustice anywhere is a threat to justice everywhere". [5]

There are a number of reasons why an individual would choose the form of an open letter, including the following reasons:

Eric Kaufmann characterizes the authoring of open letters in academia as a form of "hard authoritarianism" accompanying political correctness and cancel culture. [7] 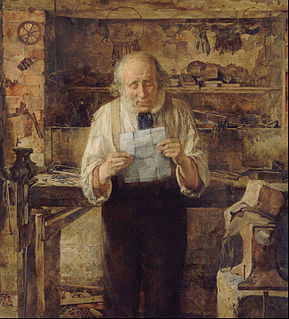 A letter is a written message conveyed from one person to another through a medium. The term usually excludes written material intended to be read in its original form by large numbers of people, such as newspapers and placards, although even these may include material in the form of an "open letter". The typical form of a letter for many centuries, and the archetypal concept even today, is a sheet of paper that is sent to a correspondent through a postal system. A letter can be formal or informal, depending on its audience and purpose. Besides being a means of communication and a store of information, letter writing has played a role in the reproduction of writing as an art throughout history. Letters have been sent since antiquity and are mentioned in the Iliad. Historians Herodotus and Thucydides mention and use letters in their writings.

Political correctness is a term used to describe language, policies, or measures that are intended to avoid offense or disadvantage to members of particular groups in society. In public discourse and the media, the term is generally used as a pejorative with an implication that these policies are excessive or unwarranted. Since the late 1980s, the term has been used to describe a preference for inclusive language and avoidance of language or behavior that can be seen as excluding, marginalizing, or insulting to groups of people disadvantaged or discriminated against, particularly groups defined by ethnicity, sex, gender, or sexual orientation.

In politics, a regime is the form of government or the set of rules, cultural or social norms, etc. that regulate the operation of a government or institution and its interactions with society.

Heterosexism is a system of attitudes, bias, and discrimination in favor of female–male sexuality and relationships. It can include the presumption that other people are heterosexual or that female–male attractions and relationships are the only norm and therefore superior.

Valedictorian is an academic title for the highest-performing student of a graduating class of an academic institution.

Oppression is malicious or unjust treatment or exercise of power, often under the guise of governmental authority or cultural opprobrium. Oppression may be overt or covert, depending on how it is practiced. Oppression refers to discrimination when the injustice does not target and may not directly afflict everyone in society but instead targets or disproportionately impacts specific groups of people.

Obscurantism and obscurationism describe the practice of deliberately presenting information in an imprecise, abstruse manner designed to limit further inquiry and understanding. There are two historical and intellectual denotations of obscurantism: (1) the deliberate restriction of knowledge—opposition to disseminating knowledge; and (2) deliberate obscurity—a recondite literary or artistic style, characterized by deliberate vagueness.

Dominus is the Latin word for master or owner. Dominus saw use as a Roman imperial title. It was also the Latin title of the feudal, superior and mesne, lords, and an ecclesiastical and academic title. The ecclesiastical title was rendered through the French sieure in English as sir, making it a common prefix for parsons before the Reformation, as in Sir Hugh Evans in Shakespeare's Merry Wives of Windsor. Its shortened form Dom remains used as a prefix of honor for ecclesiastics of the Catholic Church, and especially for members of the Benedictine and other religious orders. The title was formerly also used as is, Dominus, for a Bachelor of Arts. 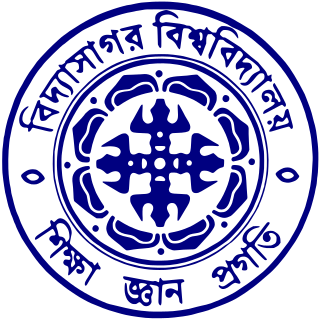 Vidyasagar University was established by an Act of the West Bengal legislature which was notified in the Calcutta Gazette on 24 June 1981. It is an affiliating university in Paschim Medinipur district of southern West Bengal, India. It offers courses at the undergraduate and post-graduate levels.

The Office for Civil Rights (OCR) is a sub-agency of the U.S. Department of Education that is primarily focused on enforcing civil rights laws prohibiting schools from engaging in discrimination on the basis of race, color, national origin, sex, disability, age, or membership in patriotic youth organizations.

-ism is a suffix in many English words, originally derived from the Ancient Greek suffix -ισμός (-ismós), and reaching English through the Latin -ismus, and the French -isme. It means "taking side with" or "imitation of", and is often used to describe philosophies, theories, religions, social movements, artistic movements and behaviors.

A gender neutral title is a title that does not indicate the gender identity, whatever it may be, of the person being formally addressed. Honorifics are used in situations when it is inappropriate to refer to someone only by their first or last name, such as when addressing a letter, or when introducing the person to others. By comparison, the traditional honorifics of Miss, Mrs, Ms and Mr all indicate the binary gender of the individual.

Academic bias is the bias or perceived bias of scholars allowing their beliefs to shape their research and the scientific community. It can refer to several types of scholastic prejudice, e.g., logocentrism, phonocentrism, ethnocentrism or the belief that some sciences and disciplines rank higher than others.

Denunciation is the act of publicly assigning to a person the blame for a perceived wrongdoing, with the hope of bringing attention to it. Notably, centralized social control in authoritarian states requires some level of cooperation from the populace. The following two forms of cooperation occur: first, authorities actively use incentives to elicit denunciations from the populace, either through coercion or through the promise of rewards. Second, authorities passively gain access to political negative networks, as individuals denounce to harm others whom they dislike and to gain relative to them. Paradoxically, social control is most effective when authorities provide individuals maximum freedom to direct its coercive power. The most famous informer in western cultural history is Judas - according to the New Testament, Judas, one of the twelve disciples of Jesus of Nazareth, betrayed Jesus, making his arrest and his subsequent delivery to the Romans possible.

Censorship in Francoist Spain was mandated by Francisco Franco in Francoist Spain, between 1936-1975. In Francoist Spain, primary subjects of censorship included public display of liberal political ideology, art forms such as literature and film, as well as symbols of foreign, non-conservative ideologies. This censorship was primarily driven by Franco's vision for ideological unity in Spain. As a result, Franco called for the censorship of materials that promoted liberal ideas from abroad, particular those of European origin. Aside from censorship of foreign ideology, symbols of Spanish identity, such as Catalonia, also became primary targets of censorship. Under his authoritarian reign, censorship was imposed primarily through systemic political repression. The Francoist State repressed expression of liberal social and political ideology among the Spanish public.

Sealioning is a type of trolling or harassment that consists of pursuing people with relentless requests for evidence, often tangential or previously addressed, while maintaining a pretense of civility and sincerity, and feigning ignorance of the subject matter. It may take the form of "incessant, bad-faith invitations to engage in debate", and has been likened to a denial-of-service attack targeted at human beings. The term originated with a 2014 strip of the webcomic Wondermark by David Malki, which The Independent called, "..the most apt description of Twitter you'll ever see".

Cancel culture or call-out culture is a phrase contemporary to the late 2010s and early 2020s used to refer to a form of ostracism in which someone is thrust out of social or professional circles – whether it be online, on social media, or in person. Those subject to this ostracism are said to have been "cancelled". The expression "cancel culture" has mostly negative connotations and is used in debates on free speech and censorship.