As described in a film magazine, [2] On the day that Mrs. Levi (Manners) leaves her husband Harris (Warren), another woman comes into his pawn shop and tries to purchase a handgun. While she is in there, a policeman brings in a baby girl whom he says the woman left in the street. Harris gives the woman, Ruth Sternhold (Hunt), a pawn ticket for the child and promises to care for her. Years later, when the child has become the young woman Meg (Mason), Harris discovers that she is falling in love with Chick Saxe (Agnew), one of the young fellows of the neighborhood who has a rather shady reputation. Harris wants to give Meg every opportunity, so he arranges for a friend, supposedly a wealthy bachelor, to let her live at his home. Meg goes to her new surroundings and one day by chance meets her old sweetheart Chick, who swears that he has reformed. Ruth appears at the pawn shop with her ticket and wants to reclaim her child. Harris takes her to the house Meg is staying at and discovers that not only is his friend the husband of Ruth, but he is also the man who robbed Harris of his wife. Meg is able to bring about a reconciliation between the man who raised her and her real father.

Irene Hunt was an American film actress of the silent era. She appeared in 120 films between 1911 and 1926. She was born in New York, New York, and died in Paso Robles, California. 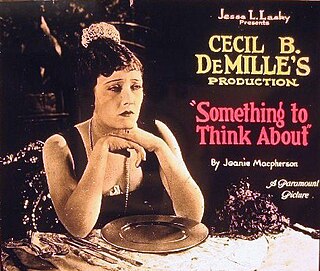 Something to Think About is a 1920 American silent drama film directed by Cecil B. DeMille. The film stars Elliott Dexter and Gloria Swanson. Prints of the film exist at the George Eastman Museum in Rochester, New York, and at the Filmmuseum in Amsterdam. 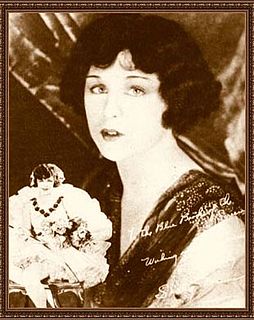 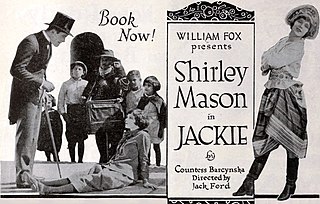 Jackie is a 1921 American silent drama film directed by John Ford. The film is considered to be lost.

Silver Wings is a 1922 American drama film directed by Edwin Carewe and John Ford. Ford directed only the prologue of the film. Silver Wings is now considered to be a lost film. 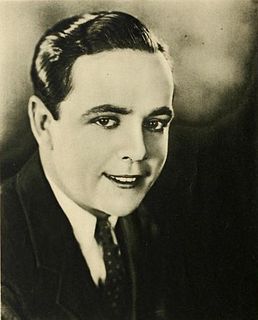 Robert Agnew was an American movie actor who worked mostly in the silent film era, making 65 films in both the silent and sound eras. He was born in Dayton, Kentucky. 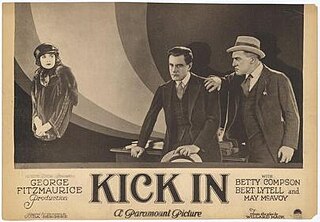 Kick In is a 1922 American silent crime drama film produced by Famous Players-Lasky, distributed by Paramount Pictures, and starring Betty Compson and Bert Lytell. The picture was directed by George Fitzmaurice, who previously directed a 1917 film version of the story. Both films are based on Willard Mack's 1913 play that was produced on Broadway in 1914 starring John Barrymore. The supporting cast features Charles Ogle, who had played the first screen Frankenstein's monster in the original 1910 version of Frankenstein. 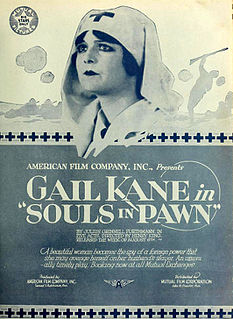 Souls in Pawn is a 1917 American silent spy-drama film directed by Henry King and starring Gail Kane. Based on a story by Jules Furthman, it was released by Mutual Film. 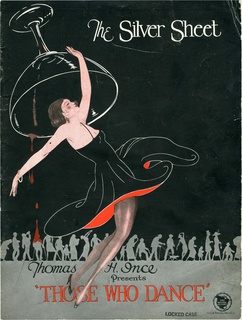 Those Who Dance is a 1924 American silent drama film produced by Thomas H. Ince and directed by Lambert Hillyer. Released by Associated First National, the film stars Blanche Sweet, Bessie Love, and Warner Baxter. It is based on a story by George Kibbe Turner.

Boy of Mine is a 1923 American silent family drama film directed by William Beaudine that was based upon a short story by Booth Tarkington. It stars Ben Alexander, Rockliffe Fellowes, and Henry B. Walthall. Wendy L. Marshall stated that "Beaudine had the Midas touch when it came to directing children" in films like this and Penrod and Sam. 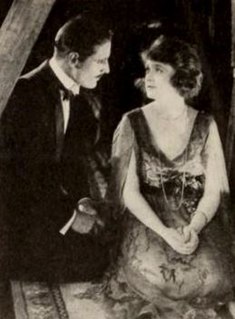 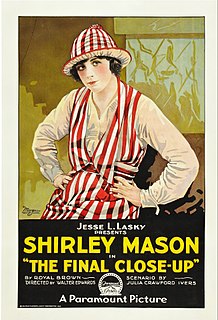 The Final Close-Up is a 1919 American silent drama film directed by Walter Edwards and written by Royal Brown and Julia Crawford Ivers. The film stars Shirley Mason, Francis McDonald, James Gordon, Betty Bouton, Eugene Burr, and Mary Warren. The film was released on May 18, 1919, by Paramount Pictures. It is not known whether the film currently survives. 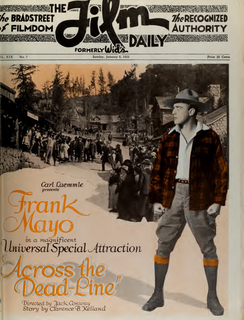 Across the Dead-Line is a lost 1922 American silent northwoods drama film directed by Jack Conway and starring Frank Mayo.

The Man Without a Conscience is a 1925 American silent drama film directed by James Flood and written by Louis D. Lighton and Hope Loring. The film stars Willard Louis, Irene Rich, June Marlowe, John Patrick, Robert Agnew, and Helen Dunbar. The film was released by Warner Bros. on June 7, 1925. 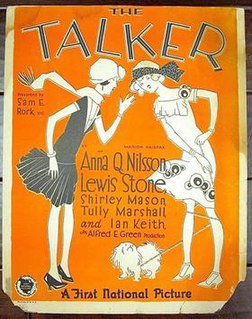 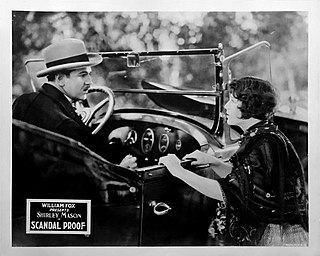 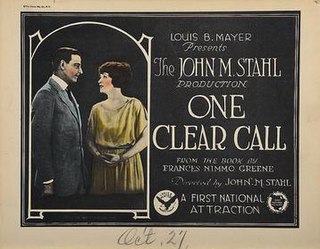 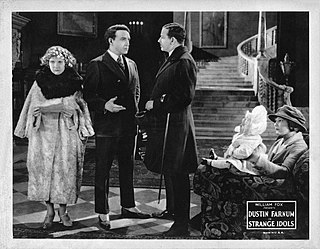 Strange Idols is a 1922 American drama film directed by Bernard Durning and written by Jules Furthman. The film stars Dustin Farnum, Doris Pawn, Philo McCullough, and Richard Tucker. The film was released on May 28, 1922, by Fox Film Corporation.

Wikimedia Commons has media related to Pawn Ticket 210 .
This page is based on this Wikipedia article
Text is available under the CC BY-SA 4.0 license; additional terms may apply.
Images, videos and audio are available under their respective licenses.