Plants of the World Online

Plants of the World Online (POWO) is an online database published by the Royal Botanic Gardens, Kew. It was launched in March 2017 with the ultimate aim being "to enable users to access information on all the world's known seed-bearing plants by 2020". The initial focus was on tropical African Floras, particularly Flora Zambesiaca, Flora of West Tropical Africa and Flora of Tropical East Africa. [1] 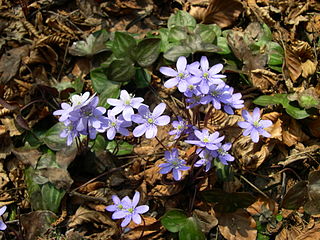 Spathiostemon is a genus of trees in the Euphorbiaceae family. It is native to the Bismarck Archipelago, New Guinea, Wallacea and Southeast Asia. The trees grow between 10 and 20m tall, often in secondary forest. The wood is sometimes used.

Otto Stapf FRS was an Austrian born botanist and taxonomist, the son of Joseph Stapf, who worked in the Hallstatt salt-mines. He grew up in Hallstatt and later published about the archaeological plant remains from the Late Bronze- and Iron Age mines that had been uncovered by his father. 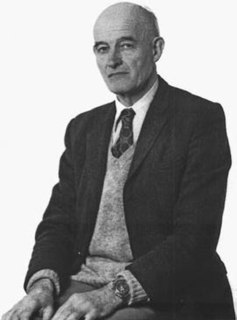 Bernard Verdcourt was a biologist and taxonomist, most widely known as a botanist and latterly an honorary research fellow at the Royal Botanic Gardens, Kew in London. Prior to coming to Kew in 1964, he was associated with the East African Herbarium for 15 years. Although his best-known work probably consists of his many studies of the East African flora, he has also made extensive contributions relating to African terrestrial mollusks and to entomology. Dr. Verdcourt received the Linnean Medal for botany from the Linnean Society of London in 2000. His list of publications includes more than 1,000 scientific works. The standard author abbreviation Verdc. is used to indicate this person as the author when citing a botanical name.

Arctotheca is a small genus of flowering plants in the aster family. They are annuals or perennials native to southern Africa. It is becoming an invasive weed in other parts of the world. 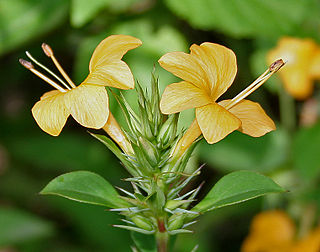 Barleria prionitis is a shrub in the family Acanthaceae, native to Island and Mainland Southeast Asia, China, the Indian Subcontinent, the Arabian Peninsula and northeastern Africa. It is widely spread as an ornamental and weed, occurring in naturalised populations around the world. It used not only as an ornamental but also as a hedge and extensively as a component of folk medicines. As a weed it is regarded as problematic in many areas. 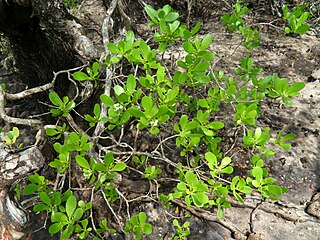 Lumnitzera is an Indo-West Pacific mangrove genus in the family Combretaceae. An English common name is black mangrove. Lumnitzera, named after the German botanist, Stephan Lumnitzer (1750-1806), occurs in mangroves from East Africa to the Western Pacific, and northern Australia. 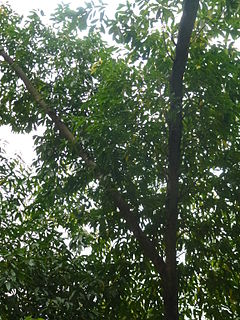 Lumnitzera racemosa, commonly known as the white-flowered black mangrove, is a species of mangrove in the family Combretaceae. It is found on the eastern coast of Africa and other places in the western Indo-Pacific region. It has one accepted variety from the noniminate species, Lumnitzera racemosa var. lutea (Gaudich.) Exell. 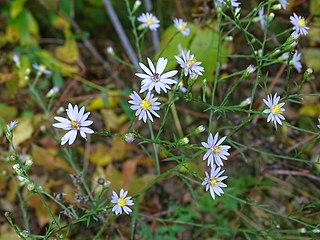 Symphyotrichum oolentangiense, commonly known as skyblue aster and azure aster, is a species of flowering plant in the family Asteraceae native to eastern North America. 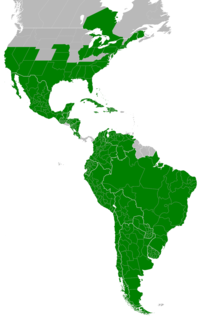 Symphyotrichum subulatum, commonly known as eastern annual saltmarsh aster or, in Britain and Ireland where it is naturalized, annual saltmarsh aster, is an annual plant in the family Asteraceae native to the eastern United States and the Gulf Coast to Texas. The species grows primarily in coastal salt marshes, although in the Ozarks it occurs as a non-marine weedy variety.

Occurring as a shrub or as a tree, Daphniphyllum majus is a species in the family Daphniphyllaceae. It is found in Mainland Southeast Asia and Yunnan in Zhōngguó/China. Uses of the plant include fuel and smoking-material.

Elaeocarpus thorelii is a tree in the family Elaeocarpaceae, endemic to Cambodia, and used for its wood.

Elaeocarpus stipularis is a tree in the Elaeocarpaceae family. It is found from the Aru Islands, eastern Indonesia, to Philippines, and through Mainland Southeast Asia to Odisha, India. It has edible fruit, its wood is used and some medical uses are ascribed to it.

Gluta cambodiana is a shrub/small tree in the family Anacardiaceae. It occurs in parts of Mainland Southeast Asia. Its wood is used for pickets and fuel.

Spathiostemon moniliformis is a plant that can grow as a shrub or a tree in the Euphorbiaceae family, Acalypheae tribe. It is endemic to southern/peninsular Thailand. 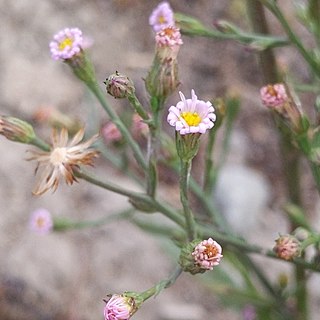 Symphyotrichum parviflorum is an annual and herbaceous plant commonly known as southwestern annual saltmarsh aster. It is native to Mexico, the Caribbean, most of Central America, Ecuador, and the southwestern United States.