The IPNI also maintains a list of standardized author abbreviations. These were initially based on Brummitt & Powell (1992), but new names and abbreviations are continually added.

IPNI is the product of a collaboration between The Royal Botanic Gardens, Kew (Index Kewensis), The Harvard University Herbaria (Gray Herbarium Index), and the Australian National Herbarium (APNI). The IPNI database is a collection of the names registered by the three cooperating institutions and they work towards standardizing the information. The standard of author abbreviations recommended by the International Code of Nomenclature for algae, fungi, and plants is Brummitt and Powell's Authors of Plant Names . A digital and continually updated list of authors and abbreviations can be consulted online at IPNI.

The IPNI provides names that have appeared in scholarly publications, with the objective of providing an index of published names rather than prescribing the accepted botanical nomenclature. [2] 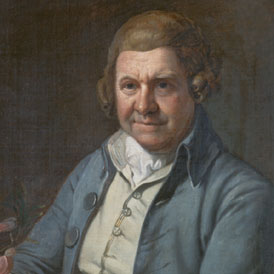 William Aiton was a Scottish botanist. 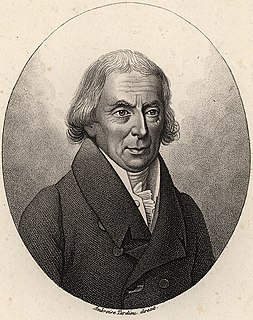 Christian Friedrich Ecklon was a Danish botanical collector and apothecary. Ecklon is especially known for being an avid collector and researcher of plants in South Africa.

François Crépin was an important botanist of the 19th century and director of the National Botanic Garden of Belgium.

Rune Bertil Nordenstam is a Swedish botanist and professor emeritus at the Swedish Museum of Natural History in the Department of Phanerogamic Botany. He has worked with Colchicaceae, Senecioneae and Calenduleae, was the editor of Compositae Newsletter newsletter since 1990, and is a Tribal Coordinator for The International Compositae Alliance with responsibility for the tribes Calenduleae and Senecioneae.

Friedrich Karl Max Vierhapper was an Austrian plant collector, botanist and professor of botany at the University of Vienna. He was the son of amateur botanist Friedrich Vierhapper (1844–1903), botanical abbreviation- "F.Vierh.".

Jisaburo Ohwi was Japanese botanist. He was a distinguished member of the Faculty of Science of Kyoto Imperial University. He is perhaps best known for his 1953 Flora of Japan.

Ryōzō Kanehira was a Japanese botanist. Kanehira undertook botanical expeditions into Taiwan, Peru, Palau, Kiribati, the Northern Mariana Islands, the Federated States of Micronesia, the Philippines, and Papua New Guinea as well as describing the flora of Japan. His main collection and types are held at the herbarium of Kyushu University, with duplicate specimens distributed to A, B, BO, BISH, FU, GH, K, L, LA, NY, P, PNH, TI, US, and Z.

Ren-Chang Ching, courtesy name Zinong, was a Chinese botanist who specialised in ferns. 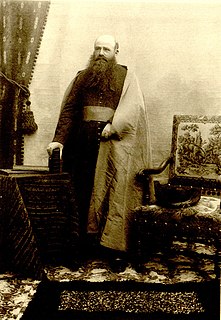 Augustin Abel Hector Léveillé was a French botanist and clergyman.

Almut Gitter Jones was a German-American botanist, mycologist, and plant taxonomist known for her work researching the genus Aster, as well as for her work as curator of the herbarium at the University of Illinois.