A polite fiction is a social scenario in which all participants are aware of a truth, but pretend to believe in some alternative version of events to avoid conflict or embarrassment. Polite fictions are closely related to euphemism, in which a word or phrase that might be impolite, disagreeable, or offensive is replaced by another word or phrase that both speaker and listener understand to have the same meaning. In scholarly usage, "polite fiction" can be traced to at least 1953. [1]

An example would be of a man who goes out drinking, but tells his family that he is merely going for an evening walk to enjoy the night air. Even though everyone knows he will only be walking as far as the bar and will come home drunk, they all pretend that he really is going out for a walk, and pretend not to notice his drunkenness when he returns. Another common example is a couple that has had an argument, after which one of them absents themself from a subsequent social gathering, with the other claiming that they are "ill".

Lying (a human behavior related to ethics codes and ethics clarity) can be used to retain politeness [2] and trust, with the effect of maintenance of social bonds and provision of ideological support. [3] [4]

Polite fictions can slip into denial. This is especially the case when the fiction is actually meant to fool some observers, such as outsiders or children judged too young to be told the truth. The truth then becomes "the elephant in the room"; no matter how obvious it is, the people most affected pretend to others and to themselves that it is not so. This can be used to humorous effect in comedy, where a character will seem bent on making it impossible to maintain the polite fiction.

Ambiguity is a type of meaning in which a phrase, statement or resolution is not explicitly defined, making several interpretations plausible. A common aspect of ambiguity is uncertainty. It is thus an attribute of any idea or statement whose intended meaning cannot be definitively resolved according to a rule or process with a finite number of steps.

In logic, equivocation is an informal fallacy resulting from the use of a particular word/expression in multiple senses within an argument.

The phrase "correlation does not imply causation" refers to the inability to legitimately deduce a cause-and-effect relationship between two events or variables solely on the basis of an observed association or correlation between them. The idea that "correlation implies causation" is an example of a questionable-cause logical fallacy, in which two events occurring together are taken to have established a cause-and-effect relationship. This fallacy is also known by the Latin phrase cum hoc ergo propter hoc. This differs from the fallacy known as post hoc ergo propter hoc, in which an event following another is seen as a necessary consequence of the former event, and from conflation, the errant merging of two events, ideas, databases, etc., into one.

Ethnography is a branch of anthropology and the systematic study of individual cultures. Ethnography explores cultural phenomena from the point of view of the subject of the study. Ethnography is also a type of social research that involves examining the behaviour of the participants in a given social situation and understanding the group members' own interpretation of such behaviour.

A lie is an assertion that is believed to be false, typically used with the purpose of deceiving someone. The practice of communicating lies is called lying. A person who communicates a lie may be termed a liar. Lies may serve a variety of instrumental, interpersonal, or psychological functions for the individuals who use them.

Loaded language is rhetoric used to influence an audience by using words and phrases with strong connotations in order to invoke an emotional response and/or exploit stereotypes. Loaded words and phrases have significant emotional implications and involve strongly positive or negative reactions beyond their literal meaning.

A narrative, story or tale is any account of a series of related events or experiences, whether nonfictional or fictional. Narratives can be presented through a sequence of written or spoken words, still or moving images, or any combination of these. The word derives from the Latin verb narrare, which is derived from the adjective gnarus. Along with argumentation, description, and exposition, narration, broadly defined, is one of four rhetorical modes of discourse. More narrowly defined, it is the fiction-writing mode in which the narrator communicates directly to the reader. The school of literary criticism known as Russian formalism has applied methods used to analyse narrative fiction to non-fictional texts such as political speeches.

The expression "the elephant in the room is a metaphorical idiom in English for an important or enormous topic, question, or controversial issue that is obvious or that everyone knows about but no one mentions or wants to discuss because it makes at least some of them uncomfortable and is personally, socially, or politically embarrassing, controversial, inflammatory, or dangerous.

A lie-to-children is a simplified explanation of technical or complex subjects as a teaching method for children and laypeople. The technique has been incorporated by academics within the fields of biology, evolution, bioinformatics and the social sciences. It is closely related to the philosophical concept known as Wittgenstein's ladder.

Bad faith is a sustained form of deception which consists of entertaining or pretending to entertain one set of feelings while acting as if influenced by another. It is associated with hypocrisy, breach of contract, affectation, and lip service. It is not to be confused with heresy. It may involve intentional deceit of others, or self-deception.

Social science fiction is a subgenre of science fiction, usually soft science fiction, concerned less with technology/space opera and more with speculation about society. In other words, it "absorbs and discusses anthropology" and speculates about human behavior and interactions.

Rudeness is a display of disrespect by not complying with the social norms or etiquette of a group or culture. These norms have been established as the essential boundaries of normally accepted behavior. To be unable or unwilling to align one's behavior with these norms known to the general population of what is socially acceptable is to be rude and are enforced as though they were a sort of social law, with social repercussions or rewards for violators or advocates, respectively.

In psychology, a false memory is a phenomenon where someone recalls something that did not happen or recalls it differently from the way it actually happened. Suggestibility, activation of associated information, the incorporation of misinformation, and source misattribution have been suggested to be several mechanisms underlying a variety of types of false memory phenomena.

Hypocrisy is the practice of engaging in the same behavior or activity for which one criticizes another or the practice of claiming to have moral standards or beliefs to which one's own behavior does not conform. In moral psychology, it is the failure to follow one's own expressed moral rules and principles. According to British political philosopher David Runciman, "Other kinds of hypocritical deception include claims to knowledge that one lacks, claims to a consistency that one cannot sustain, claims to a loyalty that one does not possess, claims to an identity that one does not hold". American political journalist Michael Gerson says that political hypocrisy is "the conscious use of a mask to fool the public and gain political benefit". 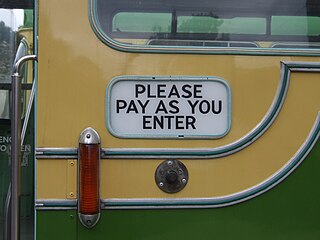 Please is a word used in the English language to indicate politeness and respect while making a request. Derived from shortening the phrase "if you please" or "if it please(s) you", the term has taken on substantial nuance based on its intonation and the relationship between the persons between whom it is used. In much of the Western world, use of the word is considered proper etiquette, and parents and authority figures often imprint upon children the importance of saying "please" when asking for something from an early age, leading to the description of the term as "the magic word".