A persuasive definition is a form of stipulative definition which purports to describe the true or commonly accepted meaning of a term, while in reality stipulating an uncommon or altered use, usually to support an argument for some view, or to create or alter rights, duties or crimes. [1] The terms thus defined will often involve emotionally charged but imprecise notions, such as "freedom", "terrorism", "democracy", etc. In argumentation the use of a persuasive definition is sometimes called definist fallacy. (The latter sometimes more broadly refers to a fallacy of a definition based on improper identification of two distinct properties.) [2] [3] [4]

Persuasive definitions commonly appear in controversial topics such as politics, sex, and religion, as participants in emotionally charged exchanges will sometimes become more concerned about swaying people to one side or another than expressing the unbiased facts. A persuasive definition of a term is favorable to one argument or unfavorable to the other argument, but is presented as if it were neutral and well-accepted, and the listener is expected to accept such a definition without question. [1]

The term "persuasive definition" was introduced by philosopher Charles Stevenson as part of his emotive theory of meaning. [5]

Language can simultaneously communicate information (informative) and feelings (expressive). [6] Unlike other common types of definitions in logic, persuasive definitions focus on the expressive use of language to affect the feelings of readers and listeners ultimately with an aim to change their behavior. [7] With this fundamentally different purpose, persuasive definitions are evaluated not on their truth or falsehood but rather on their effectiveness as a persuasive device. [8] Stevenson [9] showed how these two dimensions are combined when he investigated the terms he called "ethical" or emotive. [10] He noted that some words, such as peace or war, are not simply used to describe reality by modifying the cognitive response of the interlocutor. They have also the power of directing the interlocutor's attitudes and suggesting a course of action. For this reason, they evoke a different kind of reaction, emotive in nature. As Stevenson [11] put it "Instead of merely describing people's interests, they change and intensify them. They recommend an interest in an object, rather than state that the interest already exists." These words have the tendency to encourage future actions, to lead the hearer towards a decision by affecting his or her system of interests. [12] Stevenson distinguished between the use of a word (a stimulus) and its possible psychological effects on the addressee's cognitive and the emotive reactions by labeling them as "descriptive meaning" and "emotive meaning". [13] Applying this distinction reveals how the redefinition of an ethical word is transformed into an instrument of persuasion, a tool for redirecting preferences and emotions: [12]

Ethical definitions involve a wedding of descriptive and emotive meaning, and accordingly have a frequent use in redirecting and intensifying attitudes. To choose a definition is to plead a cause, so long as the word defined is strongly emotive.

In persuasive definitions the evaluative component associated with a concept is left unaltered while the descriptive meaning is modified. In this fashion, imprisonment can become "true freedom", [14] and massacres "pacification". [15] Persuasive definitions can change or distort the meaning while keeping the original evaluations that the use of a word evokes. Quasi-definitions consist in the modification of the emotive meaning of a word without altering the descriptive one. The speaker can quasi-define a word by qualifying the definiendum without setting forth what the term actually means. For instance, we can consider the following quasi-definition taken from Casanova's Fuga dai Piombi. In this example (1), the speaker, Mr. Soradaci, tries to convince his interlocutor (Casanova) that being a "sneak" is an honorable behavior: [16]

I have always despised the prejudice that attaches to the name "spy" a hateful meaning: this name sounds bad only to the ears of who hates the Government. A sneak is just a friend of the good of the State, the plague of the crooks, the faithful servant of his Prince.

This quasi-definition employed in case 1 underscores a fundamental dimension of the "emotive" meaning of a word, namely its relationship with the shared values, which are attacked as "prejudices." This account given by the spy shows how describing the referent based on a different hierarchy of values can modify emotive meaning. The value of trust is not denied, but is placed in a hierarchy where the highest worth is given to the State. [17]

Stevenson provides us with two definitions of the word culture in order to illustrate what a persuasive definition can accomplish:

Both carry with them the positive emotive meaning of culture; it is still a good thing to be cultured no matter which definition is used. What they change is what exactly it means to be called "cultured." Because being cultured is a positive trait, the society views being well read and acquainted with the arts as positive traits to have. By promoting a persuasive definition of "imaginative sensitivity" the society begins to views those qualities positively because they are attached to a word with a positive emotive meaning. [18]

Persuasive definitions commonly appear in political speeches, editorials and other situations where the power to influence is most in demand. [8] They have been dismissed as serving only to confuse readers and listeners without legitimate purpose. [21] Critical scrutiny is often necessary to identify persuasive definitions in an argument as they are meant to appear as honest definitions. [8] [22] [10]

Ad hominem, short for argumentum ad hominem, refers to several types of arguments, some but not all of which are fallacious. Typically this term refers to a rhetorical strategy where the speaker attacks the character, motive, or some other attribute of the person making an argument rather than attacking the substance of the argument itself. The most common form of ad hominem is "A makes a claim x, B asserts that A holds a property that is unwelcome, and hence B concludes that argument x is wrong". 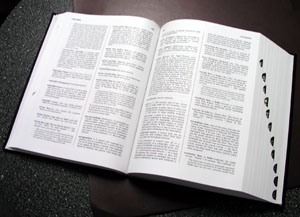 In logic, equivocation is an informal fallacy resulting from the use of a particular word/expression in multiple senses within an argument.

In philosophical ethics, the term naturalistic fallacy was introduced by British philosopher G. E. Moore in his 1903 book Principia Ethica. Moore argues it would be fallacious to explain that which is good reductively, in terms of natural properties such as pleasant or desirable.

In classical rhetoric and logic, begging the question or assuming the conclusion is an informal fallacy that occurs when an argument's premises assume the truth of the conclusion, instead of supporting it.

A fallacy is the use of invalid or otherwise faulty reasoning, or "wrong moves" in the construction of an argument. A fallacious argument may be deceptive by appearing to be better than it really is. Some fallacies are committed intentionally to manipulate or persuade by deception, while others are committed unintentionally due to carelessness or ignorance. The soundness of legal arguments depends on the context in which the arguments are made.

Loaded language is rhetoric used to influence an audience by using words and phrases with strong connotations in order to invoke an emotional response and/or exploit stereotypes. Loaded words and phrases have significant emotional implications and involve strongly positive or negative reactions beyond their literal meaning.

Emotivism is a meta-ethical view that claims that ethical sentences do not express propositions but emotional attitudes. Hence, it is colloquially known as the hurrah/boo theory. Influenced by the growth of analytic philosophy and logical positivism in the 20th century, the theory was stated vividly by A. J. Ayer in his 1936 book Language, Truth and Logic, but its development owes more to C. L. Stevenson. 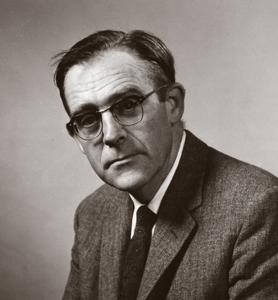 Charles Leslie Stevenson (1908–1979) was an American analytic philosopher best known for his work in ethics and aesthetics.

The fallacy of four terms is the formal fallacy that occurs when a syllogism has four terms rather than the requisite three. This form of argument is thus invalid.

An etymological fallacy is committed when an argument makes a claim about the present meaning of a word based exclusively on that word's etymology. It is a genetic fallacy that holds a word's historical meaning to be its sole valid meaning, and that its present-day meaning is invalid. This is a linguistic misconception, and is sometimes used as a basis for linguistic prescription.

The definist fallacy is a logical fallacy, identified by William Frankena in 1939, that involves the definition of one property in terms of another.

Douglas Neil Walton was a Canadian academic and author, known for his books and papers on argumentation, logical fallacies and informal logic. He was a Distinguished Research Fellow of the Centre for Research in Reasoning, Argumentation, and Rhetoric (CRRAR) at the University of Windsor, Ontario, Canada, and before that (2008–2014), he held the Assumption Chair of Argumentation Studies at the University of Windsor. Walton's work has been used to better prepare legal arguments and to help develop artificial intelligence. 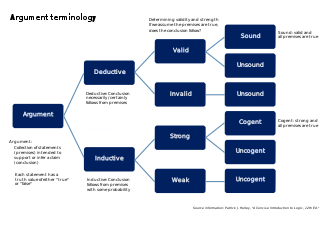 Informal logic encompasses the principles of logic and logical thought outside of a formal setting. However, perhaps because of the "informal" in the title, the precise definition of "informal logic" is a matter of some dispute. Ralph H. Johnson and J. Anthony Blair define informal logic as "a branch of logic whose task is to develop non-formal standards, criteria, procedures for the analysis, interpretation, evaluation, criticism and construction of argumentation." This definition reflects what had been implicit in their practice and what others were doing in their informal logic texts.

An argument from authority, also called an appeal to authority, or argumentum ad verecundiam, is a form of argument in which the opinion of an authority on a topic is used as evidence to support an argument. Some consider that it is used in a cogent form if all sides of a discussion agree on the reliability of the authority in the given context, and others consider it to always be a fallacy to cite the views of an authority on the discussed topic as a means of supporting an argument.