President of the Family Division

The current President of the Family Division is Sir Andrew McFarlane. Sir James Munby retired as president on 27 July 2018.

Presidents of the Probate, Divorce and Admiralty Division

Presidents of the Family Division

Upon an intestate death, the property of the deceased formerly legally vested in the President of the Family Division until such a time that the Probate Registry made a grant of grant of administration to the deceased's personal representatives. The property now vests in the Public Trustee until a grant is made. [21]

Jocelyn Edward Salis Simon, Baron Simon of Glaisdale, was a Law Lord in the United Kingdom, having been, by turns, a barrister, a commissioned officer in the British Army, a barrister again, a Conservative Party politician, a government minister, and a judge. 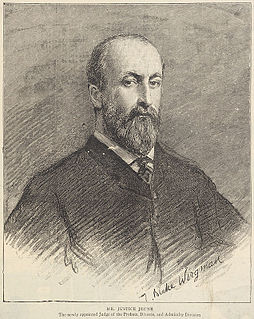 Sir James Lawrence Munby is a retired English judge who was President of the Family Division of the High Court of England and Wales. He was replaced by Sir Andrew McFarlane on reaching the mandatory retirement age. 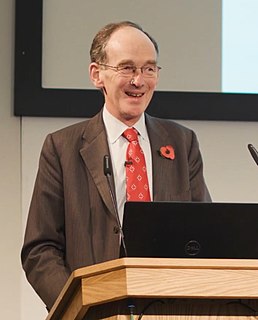 Sir Andrew Ewart McFarlane, PC is a British judge. He was a Lord Justice of Appeal in England and Wales from 2011 to 2018, and became President of the Family Division in July 2018 upon Sir James Munby’s retirement from that office.