Last updated October 14, 2022
Third highest level of judge in the courts of England and Wales

High Court judges rank below Justices of Appeal, but above circuit judges.

Title and form of address

Upon appointment, male High Court judges are appointed Knights Bachelor and female judges made Dames Commander of the Order of the British Empire. [2]

In court, a High Court judge is referred to as My Lord or Your Lordship if male, or as My Lady or Your Ladyship if female. [3] [2] High Court judges use the title in office of Mr Justice for men or, normally, Mrs Justice for women, even if unmarried. [3] When Alison Russell was appointed in 2014, she took the title "Ms Justice Russell". The style of The Honourable (or The Hon) is also used during office. [2] For example, Joseph Bloggs would be referred to as The Hon Mr Justice Bloggs Kt and Jane Bloggs DBE as The Hon Mrs Justice Bloggs DBE . When there is already or has until recently been a judge with the same (or a confusingly similar) surname as a new appointee, the new judge will often use a first name as part of their official title. Many judges have done this, such as Mr Justice Christopher Clarke (Sir Christopher Simon Courtenay Stephenson Clarke) and Mr Justice Roderick Evans (Sir David Roderick Evans).

When referring to a High Court judge in a legal context, the judge is identified by use of the surname (or first name and surname if appropriate), followed by the letter 'J'. For example, Mr Justice Bloggs or Mrs Justice Bloggs would be referred to as "Bloggs J". When two or more judges are listed the letters 'JJ' are used; for example, "Bloggs, Smith and Jones JJ".

High Court judges, as with all judges in England and Wales, hold office during good behaviour; this is laid down in the Act of Settlement 1701, ch.2, s.3 . This gives them greater security of tenure than if they held office during His or Her Majesty's pleasure and is designed to protect their independence. A High Court judge can only be removed by the King upon an Address of both Houses of Parliament.

Formerly, High Court judges could only be appointed from among barristers of at least 10 years' standing. [4] Before the qualifications changed, a typical appointee had in the region of twenty to thirty years' experience as a lawyer. Only four solicitors had been appointed as puisne judges – Michael Sachs in 1993, Lawrence Collins in 2000, Henry Hodge in 2004, and Gary Hickinbottom in 2008. [5] Collins was elevated further to the Court of Appeal in 2007 and became a law lord in 2009. Occasionally more junior members of the judiciary are elevated to this rank, such as Mr Justice Crane who was formerly a Circuit Judge and Mrs Justice Butler-Sloss (now Baroness Butler-Sloss) who was previously a registrar in the Principal Registry of the Family Division of the High Court. A few distinguished academics have also made it on to the High Court bench, including Mrs Justice Hale (now Baroness Hale of Richmond) and, more recently, Mr Justice Beatson. [6] In 2004, calls for increased diversity among the judiciary were recognised and the qualification period was changed [7] [8] so that, as of 21 July 2008, a potential High Court judge must satisfy the judicial-appointment eligibility condition on a seven-year basis. [4]

While High Court judges all have the same jurisdiction, an appointee is in practice allocated to one of the High Court's three divisions: the Chancery Division, the King's Bench Division and the Family Division.

Ann Elizabeth Oldfield Butler-Sloss, Baroness Butler-Sloss, GBE, PC, is a retired English judge. She was the first female Lord Justice of Appeal and was the highest-ranking female judge in the United Kingdom until 2004, when Baroness Hale was appointed to the House of Lords. Until June 2007, she chaired the inquests into the deaths of Diana, Princess of Wales, and Dodi Fayed. She stood down from that task with effect from that date, and the inquest was conducted by Lord Justice Scott Baker.

The High Court of the Hong Kong Special Administrative Region is a part of the legal system of Hong Kong. It consists of the Court of Appeal and the Court of First Instance; it deals with criminal and civil cases which have risen beyond the lower courts. It is a superior court of record of unlimited civil and criminal jurisdiction. It was named the Supreme Court before 1997. Though previously named the Supreme Court, this Court has long been the local equivalent to the Senior Courts of England and Wales and has never been vested with the power of final adjudication.

The Judicial Appointments Commission (JAC) is an independent commission that selects candidates for judicial office in courts and tribunals in England and Wales and for some tribunals whose jurisdiction extends to Scotland or Northern Ireland. 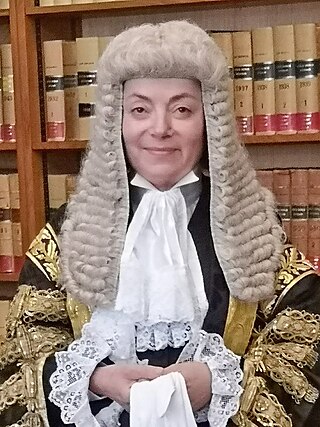 Dame Victoria Madeleine Sharp, is the President of the King's Bench Division of the High Court of Justice in England and Wales. 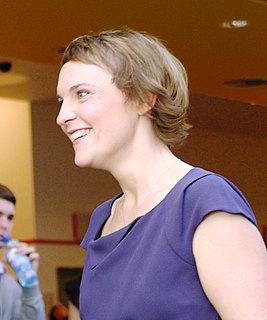 Dame Justine Thornton, styled The Hon Mrs Justice Thornton, is a British barrister and judge of the High Court of England and Wales.

Dame Julia Wendy Macur, DBE, known as The Rt Hon Lady Justice Macur, is a British judge of the Court of Appeal of England and Wales. Between April 2017 and December 2019, she was the Senior Presiding Judge for England and Wales. 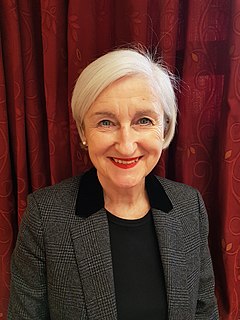 Dame Nicola Velfor Davies is a judge of the Court of Appeal of England and Wales, to which she was appointed in 2018. At the Bar she practised in medical law. She is referred to as Rt Hon Lady Justice Nicola Davies.

Dame Sue Lascelles Carr,, styled The Rt Hon Lady Justice Carr, is an English judge, who has served as a Lady Justice of Appeal since 2020.

Dame Lucy Morgan Theis DBE KC, styled The Hon. Mrs. Justice Theis, is a judge of the High Court of England and Wales. 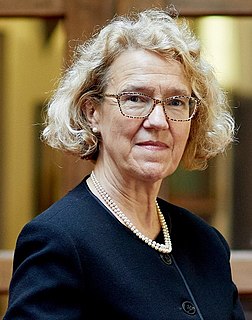 Dame Kathryn Mary Thirlwall, DBE, styled The Rt Hon Lady Justice Thirlwall, is an English judge of the Court of Appeal, and since December 2019 is the Senior Presiding Judge for England and Wales. She practised as a barrister from 1982, was a High Court judge from April 2010, and was promoted to the Court of Appeal of England and Wales in February 2017. 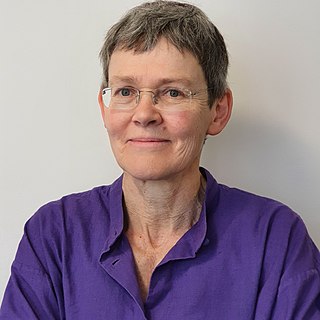 Dame Parmjit Kaur "Bobbie" Cheema-Grubb DBE, styled The Hon. Mrs Justice Cheema-Grubb, is a judge of the King's Bench Division of the High Court of Justice of England and Wales. She is the first Asian woman to serve as a High Court judge in the United Kingdom.