In theology and philosophy, probabilism (from Latin probare, to test, approve) is an ancient Greek doctrine of Academic skepticism. [1] It holds that in the absence of certainty, plausibility or truth-likeness is the best criterion. The term can also refer to a 17th-century religious thesis about ethics, or a modern physical-philosophical thesis.

In ancient Greek philosophy, probabilism referred to the doctrine which gives assistance in ordinary matters to one who is skeptical in respect of the possibility of real knowledge: it supposes that though knowledge is impossible, a man may rely on strong beliefs in practical affairs. This view was held by the skeptics of the New Academy. Academic skeptics accept probabilism, while Pyrrhonian skeptics do not. [2]

In modern usage, a probabilist is someone who believes that central epistemological issues are best approached using probabilities.[ clarification needed ] This thesis is neutral with respect to whether knowledge entails certainty or whether skepticism about knowledge is true.[ citation needed ]

Probabilist doctrines continue to be debated in the context of artificial general intelligence, as a counterpoint to the use of non-monotonic logic, as the proper form for knowledge representation remains unclear.

In moral theology, especially Catholic, it refers especially to the view in casuistry that in difficult matters of conscience one may safely follow a doctrine that is probable, for example is approved by a recognized Doctor of the Church, even if the opposite opinion is more probable.

This view was advanced by the Spanish theologian Bartolomé de Medina (1527–1581)[ citation needed ] and defended by many Jesuits such as Luis Molina (1528–1581)[ citation needed ]. It was heavily criticised by Blaise Pascal in his Provincial Letters [ citation needed ] and by St. Alphonsus Ligourí in his Theologia Moralis, [3] as leading to moral laxity. Opposed to probabilism is probabiliorism (Latin probabilior, "more likely"), which holds that when there is a preponderance of evidence on one side of a controversy one is obliged to follow that side, and tutiorism (Latin tutior, "safer"), which holds that in case of doubt one must take the morally safer side. A more radical view, "minus probabilissimus", holds that an action is permissible if a single opinion allowing that action is available, even if the overwhelming weight of opinion proscribes it.

The doctrine became particularly popular at the start of the 17th century, as it could be used to support almost any position or council any advice. By mid-century, such thinking, termed Laxism, was recognized as scandalous. [4]

Casuistry is a process of reasoning that seeks to resolve moral problems by extracting or extending theoretical rules from a particular case, and reapplying those rules to new instances. This method occurs in applied ethics and jurisprudence. The term is also commonly used as a pejorative to criticize the use of clever but unsound reasoning, especially in relation to moral questions. It is the "[s]tudy of cases of conscience and a method of solving conflicts of obligations by applying general principles of ethics, religion, and moral theology to particular and concrete cases of human conduct. This frequently demands an extensive knowledge of natural law and equity, civil law, ecclesiastical precepts, and an exceptional skill in interpreting these various norms of conduct." It remains a common tool for applied ethics.

Skepticism or scepticism is generally a questioning attitude or doubt towards one or more putative instances of knowledge which are asserted to be mere belief or dogma. Formally, skepticism is a topic of interest in philosophy, particularly epistemology. More informally, skepticism as an expression of questioning or doubt can be applied to any topic, such as politics, religion, or pseudoscience. It is often applied within restricted domains, such as morality, theism, or the supernatural. 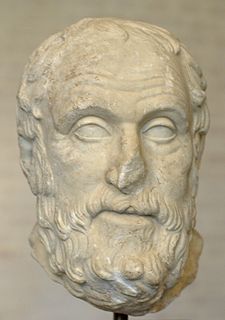 Carneades was a Greek philosopher and perhaps the most prominent head of the Skeptical Academy in ancient Greece. He was born in Cyrene. By the year 159 BC, he had begun to attack many previous dogmatic doctrines, especially Stoicism and even the Epicureans whom previous skeptics had spared. As scholarch (leader) of the Academy, he was one of three philosophers sent to Rome in 155 BC where his lectures on the uncertainty of justice caused consternation among leading politicians. He left no writings. Many of his opinions are known only via his successor Clitomachus. He seems to have doubted the ability not just of the senses but of reason too in acquiring truth. His skepticism was, however, moderated by the belief that we can, nevertheless, ascertain probabilities of truth, to enable us to act. 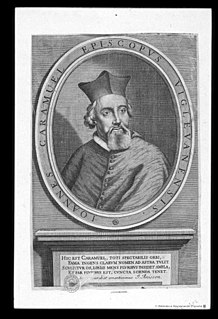 Originally, fallibilism is the philosophical principle that propositions concerning empirical knowledge can be accepted even though they cannot be proven with certainty, or in short, that no beliefs are certain. The term was coined in the late nineteenth century by the American philosopher Charles Sanders Peirce, as a response to foundationalism. Nowadays, theorists may also refer to fallibilism as the notion that empirical knowledge might turn out to be false. Fallibilism is often juxtaposed with infallibilism.

Moral certainty is a concept of intuitive probability. It means a very high degree of probability, sufficient for action, but short of absolute or mathematical certainty.

Bartolomé de Medina, O.P. (1527-1580) was a Spanish theologian born in Medina de Rioseco, Spain. A member of the Dominican Order and a student of Francisco de Vitoria, he was professor of theology at the University of Salamanca and a member of the School of Salamanca. He is best known as the originator of the doctrine of probabilism in moral theology, which holds that one may follow a course of action that has some probability, even if the opposite is more probable. He died at Salamanca in 1581.

Francisco Sanches was a skeptic, philosopher and physician of Sephardi Jewish origin born in Tuy, Spain or Braga, Portugal.

Probabilistic logic involves the use of probability and logic to deal with uncertain situations. Compared to traditional logic, probabilistic logics result in a richer and more expressive formalism with a broad range of possible application areas. Probabilistic logics attempt to find a natural extension of traditional logic truth tables: the results they define are derived through probabilistic expressions instead. A difficulty of probabilistic logics is their tendency to multiply the computational complexities of their probabilistic and logical components. Other difficulties include the possibility of counter-intuitive results, such as in case of belief fusion in Dempster–Shafer theory. Source trust and epistemic uncertainty about the probabilities they provide, such as defined in subjective logic, are additional elements to consider. The need to deal with a broad variety of contexts and issues has led to many different proposals.

Compensationism is one of several theological doctrines, opposed to Probabilism.

Daniello Concina was an Italian Dominican preacher, controversialist and theologian.

Juan Cardenas was a Spanish Jesuit moral theologian and author. He entered the Society of Jesus at the age of fourteen, and during many years held in it the office of rector, master of novices, and provincial.

Radical skepticism is the philosophical position that knowledge is most likely impossible. Radical skeptics hold that doubt exists as to the veracity of every belief and that certainty is therefore never justified. To determine the extent to which it is possible to respond to radical skeptical challenges is the task of epistemology or "the theory of knowledge".

Academic skepticism refers to the skeptical period of ancient Platonism dating from around 266 BC, when Arcesilaus became scholarch of the Platonic Academy, until around 90 BC, when Antiochus of Ascalon rejected skepticism, although individual philosophers, such as Favorinus and his teacher Plutarch, continued to defend skepticism after this date. Unlike the existing school of skepticism, the Pyrrhonists, they maintained that knowledge of things is impossible. Ideas or notions are never true; nevertheless, there are degrees of plausibility, and hence degrees of belief, which allow one to act. The school was characterized by its attacks on the Stoics, particularly their dogma that convincing impressions led to true knowledge. The most important Academics were Arcesilaus, Carneades, and Philo of Larissa. The most extensive ancient source of information about Academic skepticism is Academica, written by the Academic skeptic philosopher Cicero.