Shantashil Rajyeswar Mitter OBE FBA (born 1969), known as Rana Mitter, is a British historian and political scientist of Indian origin who specialises in the history of republican China. He is Professor of the History and Politics of Modern China at the Department of Politics and International Relations at Oxford University, Deutsche Bank Director of the Dickson Poon China Centre, and a Fellow and Vice-Master of St Cross College. [1] [2] [3] His 2013 book China’s War with Japan, 1937-1945: The Struggle for Survival (titled Forgotten Ally: China’s War with Japan, 1937-45 for publication in the US), about the Second Sino-Japanese War, was well received by critics. [4] [5] [6] [7]

He is also a regular presenter for Night Waves (now known as "Free Thinking") on BBC Radio 3. [8]

Mitter was educated at King's College, Cambridge, where he received both his MA and PhD; in 1991 he was elected President of the Cambridge Union. He was also a Kennedy Scholar at Harvard University. On 16 July 2015, he was elected a Fellow of the British Academy (FBA). [9]

He was appointed Officer of the Order of the British Empire (OBE) in the 2019 Birthday Honours for services to education. [10] 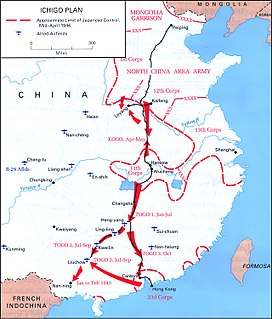 Robert Jacob Alexander, Baron Skidelsky, FBA is a British economic historian. He is the author of a three-volume award-winning biography of British economist John Maynard Keynes (1883–1946). Skidelsky read history at Jesus College, Oxford and is Emeritus Professor of Political Economy at the University of Warwick, England.

David Noel Livingstone is a Northern Ireland-born geographer, historian, and academic. He is Professor of Geography and Intellectual History at Queen's University Belfast.

Paul Langford FBA FRHistS was a British historian. From 2000 until late 2012 he was the rector of Lincoln College, Oxford, succeeded by professor Henry Woudhuysen.

Richard Ludlow English is a historian and political scientist from Northern Ireland. He was born in Belfast.

Peter Mandler, FBA is a British historian and academic specialising in 19th and 20th century British history, particularly cultural history and the history of the social sciences. He is Professor in Modern Cultural History at the University of Cambridge and Bailey fellow in History at Gonville and Caius College, Cambridge.

Collaboration: Japanese Agents and Local Elites in Wartime China is a history book which investigates collaboration between the Chinese elites and Japanese, following the attack on the Chinese city of Shanghai in August 1937, just before the outbreak of the Second World War, and during the subsequent military occupation of the Yangtze River Delta in China by Japan.

Julia Lovell is a scholar and prize-winning author and translator about China. She is married to fellow author Robert Macfarlane. 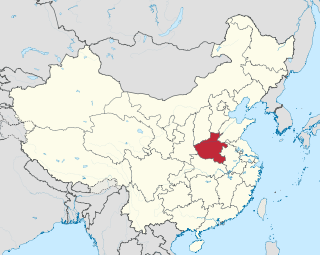 Vivienne Shue, FBA is Emeritus Leverhulme Professor of Contemporary China Studies at Oxford University. She specializes in Chinese politics and society, local governance and patterns of state-society interaction. Shue received her B.A. from Vassar College, her B.Litt. from Oxford and her Ph.D. from Harvard University. She was elected to the British Academy in 2002.

Ulinka Rublack, FBA is a German historian and academic. She received her PhD from Cambridge University, and is a professor in early modern European history and a Fellow of St John's College, Cambridge. Rublack is the founder of the Cambridge History for Schools outreach programme and a co-founder of the Cambridge Centre for Gender Studies. She is German, and her father Hans-Christoph Rublack was a historian.

Sheila Miyoshi Jager is an American historian. She is a Professor of East Asian Studies at Oberlin College. She is the author of two books on Korea and the co-editor of a third book on Asian nations in the post-Cold War era. She is a well-known historian of Korea and East Asia, and she is also known for her relationship with Barack Obama.

Sean Joseph Connolly, is an Irish historian, initially specialising in the social history of Irish Catholicism in the late eighteenth and early nineteenth centuries, but more recently on post-Reformation and early modern Ireland and modern Belfast. From 1996 to 2017, he was Professor of Irish History at Queen's University Belfast, and has been Emeritus Professor there since 2017. After completing his undergraduate degree at University College, Dublin, and his doctorate at the University of Ulster, Connolly worked as an archivist at Public Record Office of Ireland from 1977 to 1980, before spending a year lecturing in history at St Patrick's College, Dublin; he returned to the University of Ulster in 1981 as a lecturer and became a reader there in 1990. Connolly was also Vice-President of the Royal Historical Society from 2014 to 2016, and was twice editor of the journal Irish Economic and Social History.

Sir Thomas Martin Devine is a historian and author.

Henrietta Katherine Harrison, is a British historian, sinologist, and academic.