Refinery29 (R29) is an American digital media and entertainment website focused on young women owned by Vice Media. It was founded in 2005 by Justin Stefano, Philippe von Borries, Piera Gelardi, and Christene Barberich.

Justin Stefano, Philippe von Borries, Piera Gelardi, and Christene Barberich co-founded Refinery29 in 2005 as a fashion focused city guide, emphasizing unique fashion discoveries that were local to New York City. The name of the website alludes to the website distilling information into its essence. [5] The company headquarters is located in the Financial District, Manhattan neighborhood of New York City. [6]

Refinery29 produces editorial and video programming, live events, and social, shareable content delivered across major social media platforms, and covers a variety of categories including style, health, food, entertainment, careers, technology, news, politics, and more. In August 2018, Refinery29 made an official section for music journalism on their website. [12] Although this official section was created in 2018, music writing on Refinery29 was widespread before this date. As early as 2013, Refinery29 published "The Best Music Blogs That Aren't Pitchfork," featuring other online music publications like The Fader , Obscure Sound and Earmilk . [13]

Refinery29 has become well known for the its series shows Try Living with Lucie and Lucie for Hire that are hosted by Lucie Fink.[ citation needed ] Refinery29 has accounts on Snapchat and Instagram, where they upload various photos, videos and articles on a range of topics for young women. One of the accounts is under the name "R29unbothered", which is made for and by Black millennial women. It covers every aspect from topics like hair and skin to work environment and relationships. It features different speakers in a series called "Go Off Sis", who share their experiences and views on a range of topics and controversial issues.

The company produces an annual pop-up exhibition, 29Rooms, where visitors commonly take self-portraits for sharing on Instagram. [28] [29] 29Rooms was launched in 2015 on Refinery29's 10-Year Anniversary. [30] 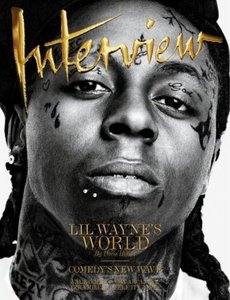 Interview is an American magazine founded in late 1969 by artist Andy Warhol and British journalist John Wilcock. The magazine, nicknamed "The Crystal Ball of Pop", features interviews with celebrities, artists, musicians, and creative thinkers. Interviews were usually unedited or edited in the eccentric fashion of Warhol's books and The Philosophy of Andy Warhol: From A to B and Back Again.

Complex Networks is an American New York-based media and entertainment company for youth culture which was founded as a bi-monthly magazine by fashion designer Marc (Ecko) Milecofsky. Complex Networks reports on popular and emerging trends in style, sneakers, food, music, sports and pop culture. Complex Networks reached over 90 million unique users per month in 2013, across its owned and operated and partner sites, socials and YouTube channels. The print magazine ceased publication with the December 2016/January 2017 issue. Complex currently has 4.55 million subscribers and 1.3 billion total views on YouTube. As of 2019, the company's yearly revenue was estimated to be circa $200m USD, 15% of which came from commerce.

ASOS plc is a British online fashion and cosmetic retailer. The company was founded in 2000 in London, primarily aimed at young adults. The website sells over 850 brands as well as its own range of clothing and accessories, and ships to all 196 countries from fulfilment centres in the UK, US and EU. 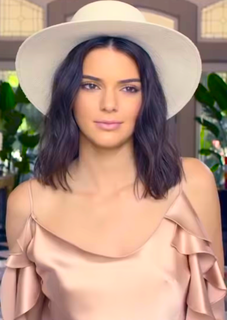 Kendall Nicole Jenner is an American model and media personality. She is best known for her role in the reality television show Keeping Up with the Kardashians.

Katie Gallagher is an American fashion designer and founder of her own brand in New York City.

Edward Kobina Enninful is editor-in-chief of British Vogue. He was appointed fashion director of British fashion magazine i-D at the age of 18, a position he held for over two decades.

Joe Zee is a Hong Kong-born Canadian fashion stylist, journalist, and producer, known for Entertainment Tonight (1981), FABLife (2015) and Celebrity Style Story (2012). Zee served as creative director of Elle for seven years. He became editor-in-chief and executive creative officer of Yahoo! Style in April 2014. He resigned from Yahoo in June 2017.

RadicalMedia is a production studio founded by Jon Kamen and Frank Scherma. The company has produced projects in a variety of media, including feature films, television, branded content, commercials, live events, music videos and interactive media. 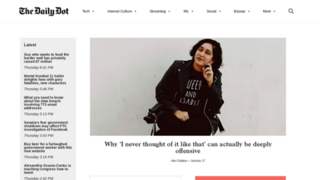 The Daily Dot is a digital media company covering Internet culture and life on the web. Founded by Nicholas White in 2011, The Daily Dot is headquartered in Austin, Texas.

Nowness is a digital video channel that was launched in 2010 by its founder Jefferson Hack as a brand of LVMH Moët Hennessy Louis Vuitton SE. In May 2017, Modern Dazed, a new joint venture between China's leading luxury publisher Modern Media and the UK's Dazed Media, acquired a majority stake in Nowness. Nowness on average posts three videos each week.

Naked Apartments is a website-based business that connects apartment renters in New York City, United States, with real estate brokers and landlords. The website provides 'on demand showings' and 'reverse search'. Using the Naked Apartments website, landlords and brokers search for interested renters and send them listings and offers.

Misha Nonoo is a US-based British-Bahraini fashion designer, best known for her eponymous line of women's ready-to-wear. She was educated in London and Paris.

Jason Binn is an American publisher and entrepreneur known for founding Niche Media and DuJour Media.

Phillip Picardi is an American journalist and editor. He is the former editor-in-chief of Out.

Fashionista is a fashion website owned by Breaking Media.

Hoda Katebi is a Chicago-based Iranian-American writer, activist, and public speaker whose work focuses on garment workers' rights, ethical fashion production, Muslim identity, fashion in Iran, and fighting surveillance programs, militarism, and mass incarceration. Katebi's writing and work has been featured in books, journals, museums, and media outlets internationally and she has given talks and trainings at universities and events around the world.