Resurgam (Latin: "I shall rise again") is the name given to an early Victorian submarine and its prototype, designed and built in Britain by Reverend George Garrett. It was intended as a weapon to penetrate the chain netting placed around ship hulls to defend against attack by torpedo vessels.

The second Resurgam was built by Cochran & Co. at Birkenhead, England, [2] and launched on 26 November 1879. Her construction was of iron plates fastened to iron frames, with the central section of the vessel clad with wood secured by iron straps. As built, she was 45 feet (14 m) long by 10 feet (3.0 m) in diameter, weighed 30 long tons (30 t), and had a crew of three. She was powered by a closed cycle steam engine originally patented in 1872 by the American engineer Emile Lamm which provided enough steam to turn the single propeller for up to four hours. She was designed to have positive buoyancy, and diving was controlled by a pair of hydroplanes amidships. At the time she cost £1,538. [3]

After successful trials in the East Float at Wallasey, it was planned that Resurgam should make her way under her own power from Birkenhead to Portsmouth for a demonstration to the Royal Navy.

On 10 December 1879 Resurgam, crewed by Garret, Jackson (as skipper) and Price (engineer) set out for Portsmouth. However, during the voyage mechanical problems caused the crew to dock at Foryd Harbour, Rhyl, for repairs. Once completed, and after trials, the crew set sail on the night of 24 February 1880 in a high wind, towed by the steam yacht Elphin, which Garrett had bought to act as a tender. The Elphin developed engine problems and the Resurgam's crew transferred to her to assist. Because the entry hatch on the Resurgam could not be fastened from outside, the submarine began to ship water and the tow-rope broke under the added weight, the Resurgam sinking in Liverpool Bay off Rhyl on 25 February 1880. [4]

The Resurgam's hull is intact although partially damaged and remains at risk from illegal diving and trawling. Since her discovery, the conning tower steering wheel has been broken and portable items have gone missing. [5]

In 1997, a project called SUBMAP was undertaken by the Archaeological Diving Unit to study the wreck site. Over one hundred volunteer divers, coordinated by the Nautical Archaeology Society, surveyed the structure of the hull and the colonising marine life around it by using remote sensing equipment to search for debris in the surrounding area. The results of the SUBMAP project have been published as a comprehensive digital archive using Site Recorder. [6] The wreck is currently protected against further corrosion by sacrificial anodes that had been attached to the hull. Plans to raise her have so far not been fruitful.

A replica of the vessel was built by trainees at the AMARC Training College attached to the Cammell Laird shipyard, Birkenhead, in 1996-97. it was put on display at Woodside Ferry Terminal, Birkenhead, in March 1997.

After falling into disrepair the replica was refurbished by students of the North West  Maritime and Engineering College in 2009. 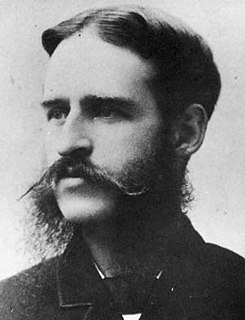 German submarine U-869 was a Type IXC/40 U-boat of the German Navy (Kriegsmarine) during World War II, the wreck of which was discovered off the coast of New Jersey in 1991. Its keel was laid down 5 April 1943 by Deutsche Schiff- und Maschinenbau AG Weser of Bremen. It was commissioned on 26 January 1944 with Kapitänleutnant Helmuth Neuerburg in command. Neuerburg went down with his boat.

HMAS AE2 was an E-class submarine of the Royal Australian Navy (RAN). One of two submarines ordered for the fledgling navy, AE2 was built by Vickers Armstrong in England and was commissioned into the RAN in 1914. Together with her sister submarine, HMAS AE1, the boat then sailed to Australia in what was, at the time, the longest voyage ever undertaken by a submarine.

HMT Warwick Deeping (H136) was a naval trawler of the British Royal Naval Patrol Service during World War II, sunk off the Isle of Wight in October 1940.

HMS Affray, a British Amphion-class submarine, was the last Royal Navy submarine to be lost at sea, on 16 April 1951, with the loss of 75 lives. All vessels of her class were given names beginning with the letter A; she was the only ship of the Royal Navy to be named after a particularly noisy and disorderly fight.

German submarine U-550 was a Type IXC/40 German Navy U-boat built during World War II. She was laid down on 2 October 1942 by Deutsche Werft in Hamburg as yard number 371, launched on 12 May 1943 and commissioned on 28 July under the command of Kapitänleutnant Klaus Hänert. 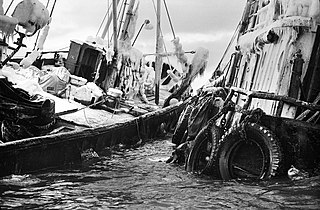 Marine salvage is the process of recovering a ship and its cargo after a shipwreck or other maritime casualty. Salvage may encompass towing, re-floating a vessel, or effecting repairs to a ship. Today, protecting the coastal environment from spillage of oil or other contaminants is a high priority. Before the invention of radio, salvage services would be given to a stricken vessel by any ship that happened to be passing by. Nowadays, most salvage is carried out by specialist salvage firms with dedicated crew and equipment.

HMS Perseus was a British Parthian-class submarine built in 1929 and lost in 1941 during the Second World War. This class were the first to be fitted with Mark VIII torpedoes. 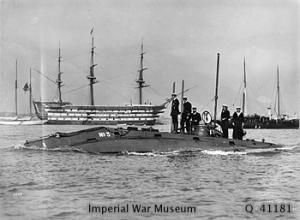 Holland 5 was the last of the five Holland-class submarines ordered by the British Admiralty to evaluate the potential of the submarine with the Royal Navy. She was one of the first submarines to be accepted into Royal Navy service, and unique to her class, she carried one of the earliest periscopes. By the time she was launched, a number of A-class submarines had already been ordered to replace this class in navy service.

SM U-103 was an Imperial Germany Navy Type U 57 U-boat that was rammed and sunk by HMT Olympic during the First World War. U-103 was built by AG Weser in Bremen, launched on 9 June 1917 and commissioned 15 July 1917. She completed five tours of duty under Kptlt. Claus Rücker and sank eight ships totalling 15,462 gross register tons (GRT) before being lost in the English Channel on 12 May 1918.

HMS Vandal (P64) was a Royal Navy U-class submarine built by Vickers-Armstrong at Barrow-in-Furness, yard number 838. The submarine had the shortest career of any Royal Navy submarine, being lost with all 37 onboard just four days after commissioning.

The Aeolian Sky was a Greek-run freighter built in 1978, which collided with another ship near the Channel Islands and after a failed attempt at salvage sank off the coast of Dorset, England in a storm in late 1979.

SS Laurentic was a UK transatlantic ocean liner that was built in Ireland and launched in 1908. She is an early and influential example of a ship whose propulsion combined reciprocating steam engines with a low-pressure steam turbine.

Wreck Alley also known as "Sunken Harbor" is an area a few miles off the coast of Mission Beach, San Diego, California with several ships intentionally sunk as artificial reefs and as Scuba diving attractions for wreck divers. 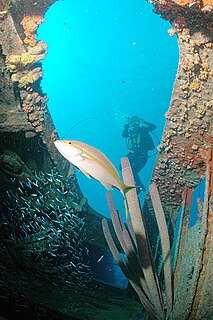 The Hilma Hooker is a shipwreck in Bonaire in the Caribbean Netherlands. It is a popular wreck diving site.

The SS Desabla was built by Hawthorn Leslie & Co. Ltd at Newcastle upon Tyne in 1913 for Bank Line, Glasgow. She was the first oil tanker to join the Bank Line fleet and was chartered and operated for approximately one year by General Petroleum Company along the Pacific coast of the United States, Chile and Canada. In 1914 she was re-chartered to the British Government to transport oil from Texas to the United Kingdom. In 1915 she was torpedoed and sunk by German submarine U-17 off the coast of Scotland.

SS Binnendijk was a Dutch steel cargo ship lost off Portland Bill in the English Channel in 1939. The ship has become locally known as 'The Benny' and its wreck remains a dive site.