Sir Richard Lewis Maxwell Faull KNZM FRSNZ (born 21 October 1945) is a New Zealand neuroscientist and academic who specialises in human neurodegenerative diseases. He is a professor of anatomy and director of the Centre for Brain Research at the University of Auckland. [1]

Faull grew up with four brothers in Tikorangi, Taranaki, where his parents had a general store. [2] [3] He attended the University of Otago, earning a Bachelor's of Science in 1967 and a Bachelor of Medicine (MB/CHb) in 1970. He followed that with a PhD in neuroanatomy (1975) and Doctor of Science (DSc) in neuroscience (1994), both from the University of Auckland. [4] Faull and his wife, Diana, have five children. [2]

Faull is noted for his research into brain diseases, particularly Alzheimer's, Parkinson's and Huntington's diseases. In 2007, his team at the University of Auckland proved that the brain can repair itself by generating new cells, debunking the theory that, once fully formed, the human brain could only degenerate. [5] [6] In 2009, he established the University of Auckland's Centre for Brain Research (CBR), to facilitate interactions among different groups and to promote new treatments for brain disease. [3]

Sir Robert Grant Hammond was a New Zealand jurist and law professor. He was a judge of the New Zealand Court of Appeal during which time he was also president of the New Zealand Law Commission and chair of the Legislation Advisory Committee to Parliament. He published a wide range of books and legal texts and was one of the top law reform experts in the Commonwealth.

Sir Donald Ward Beaven was a New Zealand medical researcher in the area of diabetes treatment and prevention. 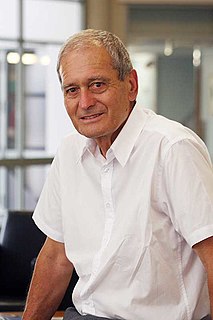 Sir Mason Harold Durie is a New Zealand professor of Māori Studies and research academic at Massey University. He is known for his contributions to Māori health. 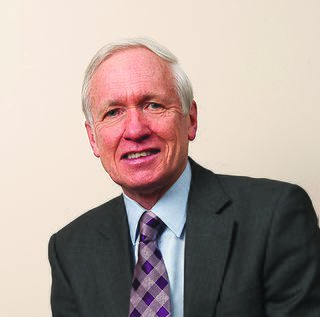 Sir David Christopher Graham Skegg is a New Zealand epidemiologist and university administrator. He is a former Vice-Chancellor of the University of Otago and Professor of Preventive and Social Medicine. His primary research interest is cancer epidemiology.

Sir Patrick Ledger Goodman, known as Pat Goodman or Sir Pat Goodman, was a prominent New Zealand businessman, arts patron and philanthropist. Along with his brother, Peter, he co-founded the Australasian food giant Goodman Fielder. He was CEO and chairman of the company. 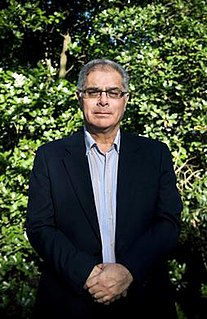 Jonathan Ngarimu Mane-Wheoki was a New Zealand art historian, academic, and curator. Of Ngāpuhi, Te Aupōuri, Ngāti Kurī and English descent, he was a pioneer in the study of contemporary Māori and Pacific art history.

Lester Levy is a South African-born business leader, adjunct professor, and medical doctor based in Auckland, New Zealand. He chairs a number of large boards in New Zealand's largest city.

Sir Bruce Houlton Slane was a New Zealand public servant and lawyer. He served as New Zealand's first Privacy Commissioner from 1993 to 2003.

Philippa Margaret Black is a New Zealand academic specializing in geology, specifically mineralogy and metamorphic petrology. She studied at the University of Auckland and earned a MSc and PhD in geology. Her PhD focused on the Tokatea Reef in the hills behind Coromandel township. She later got an MA in History. She was appointed a professor at the University of Auckland in 1986 and headed the department for 15 years.

Dr Dianne McCarthy is a New Zealand scientist and professional director, who was the Chief Executive of the Royal Society of New Zealand between 2007 and 2014. She lives in Blenheim, New Zealand.