Richard Eyimofe Evans Mofe-Damijo (born 6 July 1961), popularly known as RMD, is a Nigerian actor, writer, producer, and lawyer. He is also a former Commissioner for Culture and Tourism in Delta State. In 2005 he won the Africa Movie Academy Award for Best Actor in a Leading Role. [1] [2] He received a Lifetime Achievement Award at the 12th Africa Movie Academy Awards in 2016. [3] [4]

Mofe-Damijo was born in Aladja community of Udu Kingdom, near Warri, Delta State. He attended Midwest College, Warri and Anglican Grammar School and was a member of the Drama Club. He enrolled into the University of Benin to continue his education and studied Theatre Arts. [5] In 1997 Mofe-Damijo returned to the university to study law at the University of Lagos and graduated in 2004. [1] [6]

After graduating from the university, Mofe-Damijo took part in a television soap opera in the late 80's called Ripples . Before then, he had a stint with Concord Newspapers [7] and Metro Magazine [8] as a reporter. Out of Bounds was the first film for which he received a writer/producer credit. [5] [9] In 2005 at the maiden edition of the African Movie Academy Awards Mofe-Damijo won the award for Best Actor in a Leading Role. [1]

Mofe-Damijo was appointed as the Special Adviser of Culture and Tourism [10] to the then Governor Emmanuel Uduaghan in 2008, then became the commissioner for the Culture and Tourism of Delta State, Nigeria in 2009. [2] His tenure ended in 2015. [11]

Mofe-Damijo has four children: two with his current wife and two from his previous marriage . [13]

Welcome to Nollywood is a 2007 documentary film directed by Jamie Meltzer, which premiered at the Full Frame Documentary Film Festival, and also played at the Avignon Film Festival and the Melbourne International Film Festival in the summer of 2007. 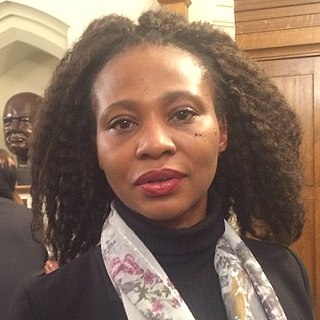 Nse Ikpe-Etim is a Nigerian actress. She came into prominence in 2008 for her role in Reloaded. She was nominated for Best Actress in a Leading Role at the 5th and 8th Africa Movie Academy Awards for her role in Reloaded and Mr. and Mrs., respectively. In 2014, she won the Best Actress in a Drama award at the 2014 Africa Magic Viewers Choice Awards for playing "Nse" in Journey to Self.

The Mayors is a 2004 Nigerian drama film written, produced and directed by Dickson Iroegbu, and starring Richard Mofe-Damijo, Sam Dede, Segun Arinze and Mike Ezuruonye. The film won 5 awards at the maiden edition of the African Movie Academy Awards in 2005, including the awards for Best Picture, Best Screenplay, Best Director, Best Actor in a Lead Role and Best Support Actor.

Bimbo Akintola is a Nigerian actress.

Family on Fire is a 2011 Nigerian film produced and directed by Tade Ogidan. The film stars Saheed Balogun, Segun Arinze, Sola Fosudo and Sola Sobowale. The film was premiered on November 4, 2011 at The Lighthouse Hall, Camberwell road, London. 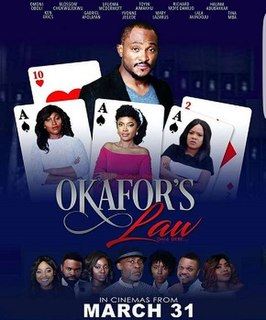 Oloibiri is a 2016 Nigerian action thriller film directed by Curtis Graham, produced by Rogers Ofime and starring Olu Jacobs and Richard Mofe Damijo. The film tells a story on how government agencies, along with oil companies exploited the newly discovered oil in the historic town of Oloibiri. The film had its premier on 21 October 2016 at the Shell Nigeria hall, Muson center, Onikan. Former head of state, General Yakubu Gowon, former Secretary general, Commonwealth, Emeka Anyaoku were present at the event. Speaking to Channels TV after watching the film, former Minister for Information, Professor Jerry Gana described the film as having a "clear and powerful message" on the sufferings of people in the Niger Delta. He also encouraged other filmmakers to make more of such films. Richard Mofe Damijo, who played the role of a disgruntled indigene, who became a militant, "Gunpowder" in the oil rich town described his role as a "modern day Robinhood". He also stated that he hopes government and international organizations will come to the aid of people in Niger Delta.

May Ellen Ezekial Mofe-Damijo also known as MEE was a Nigerian journalist and writer who was the publisher of Classique magazine, a celebrity and entertainment journal that has ceased publication. The magazine employed journalists such as Dele Momodu, Ben Charles Obi, and Rudolf Okonkwo.

Etinosa Idemudia is a Nigerian actress, social media influencer and film maker. She is best known for her online comedy skits which she began producing and sharing, first on her instagram channel featuring various Nollywood actors including Daniel K Daniel. She is also known for her break-out role as Amanda in the sitcom Chairman and her first feature film production The Washerman, which after the release of its trailer, experienced massive anticipation from her fans. 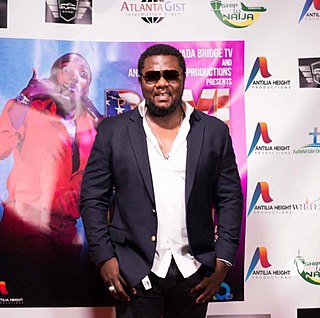 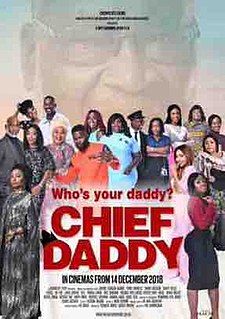 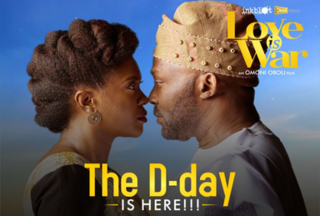