These are the formats and track listings of promotional single releases of "Ritmo Del Amor".

Mexican rock music, often referred to in Mexico as rock nacional, originated in the 1950s. Standards by The Beatles, Elvis Presley, The Everly Brothers, Nancy Sinatra and Chuck Berry, were soon covered by bands such as Los Apson, Los Teen Tops, Los Twisters, Los Hitters, Los Nómadas, Los Rockets, Los Rebeldes del Rock, Los Locos del Ritmo, Los Crazy Boys, and Javier Bátiz, which later led to original compositions, often in English. The group "Los Nómadas" was the first racially integrated band of the 1950s. Their lead guitarist, Bill Aken, wrote most of their original material, including the raucous Donde-Donde, and co-wrote the material for their Sounds Of The Barrio album, which is still being sold. Their 1954 recording of She's My Babe was the first top 40 R&B recording by a Latino band. In the southwestern United States, Spanish guitar rhythms and Mexican musical influences may have inspired some of the music of American musicians Ritchie Valens, Danny Flores, Sam the Sham, Roy Orbison and later, Herb Alpert. Initially, the public exhibited only moderate interest in them, because the media attention was focused on La Ola Inglesa. 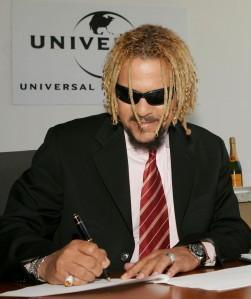 "I Belong to You " is a duet by Italian singer Eros Ramazzotti and American singer Anastacia, released as the second single from Ramazzotti's eleventh studio album, Calma apparente (2005), and the third from Anastacia's first greatest hits album, Pieces of a Dream (2005). It was met with commercial success in mainland Europe particularly Germany, peaking at number 1 and becoming the 9th biggest selling song of the year. It also topped the singles chart in Italy and Switzerland and charted inside the top five in several other countries.

Café Quijano is a Spanish Pop Rock band formed by three brothers, Manuel, Óscar and Raúl Quijano, all of whom are singers. The brothers are originally from León, along with their father, who ran a musical pub called "la Lola" in the city center, which gave name to one of their most well-known songs. Apart from publishing four successful albums, they presented galas, collaborated with Disney for soundtracks and worked on a project with Castilla y León's image to promote tourism to the region.

Enrique Carreras was a Peruvian-born Argentine film director, screenwriter and film producer, and was one of the most prolific film directors in the history of the Cinema of Argentina.

oro Merenguero is a 2000 merengue album by Ashley. This CD called Oro Merenguero meaning gold merengue is Ashley greatest hits CD with her hit songs from the past.

Los Baby's are a rock and ballad band from Yucatán, Mexico. Their native town of Panabá is close to Mérida, the state capital. 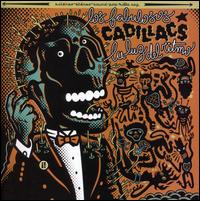 La Luz del Ritmo is the fifteenth album by Argentine ska band Los Fabulosos Cadillacs. After a 7-year-long hiatus of the group in which some of the members of the band spent some time in their own projects, Los Fabulosos Cadillacs regrouped to launch a very anticipated disc which includes 5 new songs, 6 remakes and 2 covers, all new versions.

Chayanne: Vivo is the first live album by Puerto Rican singer Chayanne. The earliest songs from this album are from Provócame (1992).

"Yo soy aquél" is a song recorded by Spanish singer Raphael. The song was written by Manuel Alejandro. It is best known as the Spanish entry at the Eurovision Song Contest 1966, held in Luxembourg.

"Hablemos del amor" is a song recorded by Spanish singer Raphael. The song was written by Manuel Alejandro. It is best known as the Spanish entry at the Eurovision Song Contest 1967, in Vienna.

Rafael Solano Sánchez is a Dominican pianist, songwriter, composer, arranger, author, and former Dominican ambassador to UNESCO. He is credited with writing over a hundred songs of various genres that include romantic, folk, as well as choral, religious, and merengue music. His most famous love song, "Por Amor", has been translated into several languages and performed by renowned artists, such as Marco Antonio Muñiz, Vicki Carr, Jon Secada, the Mariachi Vargas, and Plácido Domingo. 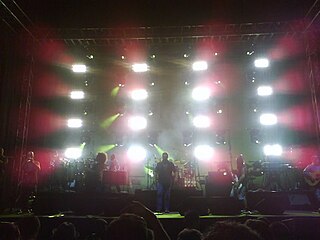 "La Luz" is a song written and performed by the Colombian singer-songwriter Juanes, released as the lead single from his sixth studio album Loco de Amor (2014) on December 16, 2013. The song was produced by the American producer Steve Lillywhite. The music video for the song was directed by Jessy Terrero and filmed in Cartagena. An alternate version of the song featuring Brazilian singer Claudia Leitte was also released.

"Mil Pedazos" is a song performed by Colombian singer-songwriter Juanes for his sixth studio album Loco de Amor (2014). Written by the singer, and the member of the Mexican band Café Tacuba, Emmanuel Del Real, and produced by Juanes with the collaboration of Steve Lillywhite, Universal Music Latino released the song as the second single from Loco de Amor on March 7, 2014.

"Ritmo " is a song by American group Black Eyed Peas and Colombian singer J Balvin, released by Epic Records on October 11, 2019, as the first excerpt from the soundtrack of the 2020 film Bad Boys for Life.