Royal Cinque Ports Golf Club is an 18-hole links golf course in southeastern England, in the town of Deal in the County of Kent (the course is often known simply as "Deal").

Founded 130 years ago in 1892, its name derives from Deal's membership of an ancient group of trading towns granted special privileges by the medieval English monarchs, known as the Cinque Ports. The course runs along the coast of Sandwich Bay, on the same stretch of coastline as Royal St George's Golf Club and Prince's Golf Club, adjacent to the north.

Royal Cinque Ports hosted The Open Championship in 1909 and 1920. Two more were scheduled for 1938 and 1949, but both were relocated when abnormally high tides inundated the course; both were held at nearby Royal St George's. Consequently, the club was removed from the Open Championship rota, but remains a final qualifying course (most recently in 2017). It has also continued to host various other tournaments including The Amateur Championship (1923, 1982, 2013) and, since 1925, it has hosted the Public Schools Championship every year.

Karen Stupples, winner of the 2004 Weetabix Women's British Open, is a member of Royal Cinque Ports.

The Open Championship, often referred to as The Open or the British Open, is the oldest golf tournament in the world, and one of the most prestigious. Founded in 1860, it was originally held annually at Prestwick Golf Club in Scotland. Later the venue rotated between a select group of coastal links golf courses in the United Kingdom. It is organised by the R&A. 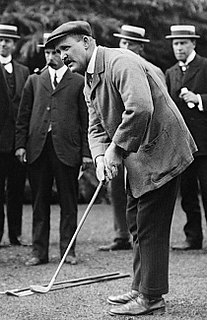 St Andrews Links in the town of St Andrews, Fife, Scotland, is regarded as the "Home of Golf.” It has one of the oldest courses in the world, where the game has been played since the 15th century. Today there are seven public golf courses; the Balgove, Eden, Jubilee, Strathtyrum, New, the Old Course, and The Castle Course, sited on the cliffs a mile to the east of St Andrews and designed by the architect David McLay Kidd, which opened in June 2008. The courses of St Andrews Links are owned by the local authorities and operated by St Andrews Links Trust, a charitable organization. St Andrews is also home to The Royal and Ancient Golf Club of St Andrews, one of the most prestigious golf clubs and until 2004 one of the two rulemaking authorities of golf.

The Royal St George's Golf Club located in Sandwich, Kent, England, is a golf club in the United Kingdom and one of the courses on The Open Championship rotation and is the only Open rota golf course to be located in South East England. It has hosted 15 Open championships, the first in 1894 when it became the first club outside Scotland to host the championship. Past champions include Collin Morikawa, Darren Clarke, Ben Curtis, Greg Norman, Sandy Lyle, Bill Rogers, Bobby Locke, Reg Whitcombe, Henry Cotton, Walter Hagen, Harry Vardon, Jack White and John Henry Taylor. It has also hosted The Amateur Championship on 14 occasions.

The Women's Open is a major championship in women's professional golf. It is recognised by both the LPGA Tour and the Ladies European Tour as a major. The reigning champion is Anna Nordqvist, who won by one stroke at Carnoustie Golf Links in 2021.

The Canadian Open is a professional golf tournament in Canada. It is co-organized by Golf Canada and the PGA Tour. It was first played 118 years ago in 1904, and has been held annually since then, except for during World War I, World War II and the COVID-19 pandemic. It is the third oldest continuously running tournament on the tour, after The Open Championship and the U.S. Open. It is the only national championship that is a PGA Tour-managed event.

Royal Lytham & St Annes Golf Club in Lytham St Annes, Lancashire, England, is one of the courses in the Open Championship rotation. The Women's British Open has also been played on the course five times: once prior to being designated a major championship by the LPGA Tour, and four times since. 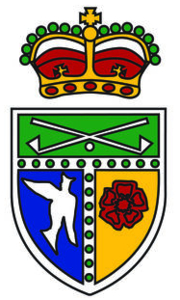 Royal Birkdale Golf Club is a golf course in the United Kingdom in North West England, located in Southport, Merseyside. It is one of the clubs in the rotation for both the Open Championship and Women's British Open and has hosted the Open Championship ten times from 1954 through 2017. Winners of the Open at the course include Pádraig Harrington, Mark O'Meara, Ian Baker-Finch, Tom Watson, Johnny Miller, Lee Trevino, Arnold Palmer, Peter Thomson (twice) and Jordan Spieth.

The Royal Liverpool Golf Club is a golf club in Wirral in Merseyside, England. It was founded in 1869 on what was then the racecourse of the Liverpool Hunt Club. It received the "Royal" designation in 1871 due to the patronage of the Duke of Connaught of the day, one of Queen Victoria's younger sons, Robert Chambers and George Morris were commissioned to lay out the original course, which was extended to 18 holes in 1871. Harry Colt, one of the world's leading golf course architects, redesigned the course early in the 20th century, and it has since been tweaked periodically, mainly as a response to advances in equipment.

The 1920 Open Championship was the 55th Open Championship, held 30 June to 1 July at Royal Cinque Ports Golf Club in Deal, England. George Duncan erased a 13-stroke deficit after 36 holes to win his only major title, two strokes ahead of runner-up Sandy Herd, the 1902 champion.

The 1938 Open Championship was the 73rd Open Championship, held 6–8 July at Royal St George's Golf Club in Sandwich, England. In terrible weather conditions that caused scores to soar, Reg Whitcombe prevailed by two strokes over runner-up Jimmy Adams to win his only major title. The purse was £500 with a winner's share of £100.

The 1949 Open Championship was the 78th Open Championship, held 6–9 July at Royal St George's Golf Club in Sandwich, Kent, England. Bobby Locke of South Africa won the first of his four Open titles in a 36-hole playoff, twelve strokes ahead of runner-up Harry Bradshaw of Ireland. It was the first playoff at the Open since 1933.

William Irvine Hunter was a Scottish-American professional golfer. He won the British Amateur title in 1921, and immigrated to the United States later that year. Hunter became a prominent figure in California golf, winning several important titles, including six PGA Tour events, but played the Tour, such as it was at that time, only on an irregular basis, while holding down club jobs. He was the head professional at Riviera Country Club near Los Angeles, California from 1936 to 1964.

The Royal Cape Golf Club in Cape Town, South Africa was established in 1885 and is the oldest golf club in Africa.