Ruzena Bajcsy (born 1933 in Bratislava, Czechoslovakia [1] ) is an American engineer and computer scientist who specializes in robotics. She is Professor of Electrical Engineering and Computer Science at the University of California, Berkeley, [2] where she is also Director Emerita of CITRIS (the Center for Information Technology Research in the Interest of Society).

She was previously Professor and Chair of Computer Science and Engineering at the University of Pennsylvania, where she was the founding Director of the University of Pennsylvania's General Robotics and Active Sensory Perception (GRASP) Laboratory, and a member of the Neurosciences Institute in the School of Medicine. She has also been head of the National Science Foundation's Computer and Information Science and Engineering Directorate, with authority over a $500 million budget. At Pennsylvania, she supervised at least 26 doctoral students who received the Ph.D. [3]

Bajcsy was born in 1933 in Bratislava, Czechoslovakia to a Jewish family. Although her family was initially spared from Nazi concentration camps due to her father's work as a civil engineer, most of her adult relatives were killed by the Nazis in late 1944. Bajcsy and her sister, the only survivors in the immediate family, were supported as war orphans by the Red Cross; Bajcsy was later raised in orphanages and in foster care. A strong student in mathematics, she has said that she chose instead to study electrical engineering as a university student because the career prospects for mathematics students at the time led to teaching, which in Communist Eastern Europe required a commitment to Marxist-Leninist ideology that she was unwilling to provide. [1]

She obtained Master's and Ph.D. degrees in electrical engineering from Slovak Technical University in 1957 and 1967, and an additional Ph.D. in computer science in 1972 from Stanford University. Her thesis was "Computer Identification of Textured Visual Scenes", and her advisor was John McCarthy. [3]

In 2001, she received an honorary doctorate from the University of Ljubljana in Slovenia. From 2003–05, she was a member of the President's Information Technology Advisory Committee. The November 2002 issue of Discover named her to its list of the 50 most important women in science. [4] In 2012, she received honorary doctorate degrees from the University of Pennsylvania and KTH, The Royal Institute of Technology in Sweden. [5]

She has written over 225 articles in journals and conference proceedings, 25 book chapters, and 66 technical reports and has been on many editorial boards.

Bajcsy's most current research has helped her gain recognition from The Franklin Institute in Philadelphia. Ruzena Bajcsy received the 2009 Benjamin Franklin Medal in Computer and Cognitive Science for her innovations in robotics and computer vision, specifically the development of improved robotic perception and the creation of better methods to analyze medical images. Additionally, she was the winner of the 2009 ABIE Award for Technical Leadership from the Anita Borg Institute. [12]

Bajcsy has been named by the IEEE Board of Directors the recipient of the 2013 IEEE Robotics and Automation Award for her contributions in the field of robotics and automation with the following citation: "For contributions to computer vision, the active perception paradigm, and medical robotics". [13]

Bajcsy is featured in the Notable Women in Computing cards. [14]

Dabbala Rajagopal "Raj" Reddy is an Indian-American computer scientist and a winner of the Turing Award. He is one of the early pioneers of Artificial Intelligence and has served on the faculty of Stanford and Carnegie Mellon for over 50 years. He was the founding director of the Robotics Institute at Carnegie Mellon University. He was instrumental in helping to create Rajiv Gandhi University of Knowledge Technologies in India, to cater to the educational needs of the low-income, gifted, rural youth. He is the chairman of International Institute of Information Technology, Hyderabad. He is the first person of Asian origin to receive the ACM Turing Award, in 1994, the highest award in computer science, for his work in the field of artificial intelligence.

Judea Pearl is an Israeli-American computer scientist and philosopher, best known for championing the probabilistic approach to artificial intelligence and the development of Bayesian networks. He is also credited for developing a theory of causal and counterfactual inference based on structural models. In 2011, the Association for Computing Machinery awarded Pearl with the Turing Award, the highest distinction in computer science, "for fundamental contributions to artificial intelligence through the development of a calculus for probabilistic and causal reasoning". 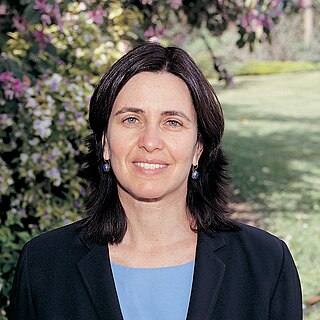 Shafrira "Shafi" Goldwasser is an American-Israeli computer scientist and winner of the Turing Award in 2012. She is the RSA Professor of Electrical Engineering and Computer Science at MIT, a professor of mathematical sciences at the Weizmann Institute of Science, Israel, co-founder and chief scientist of Duality Technologies and the director of the Simons Institute for the Theory of Computing in Berkeley, CA.

Kenneth Yigael Goldberg is an American artist, writer, inventor, and researcher in the field of robotics and automation. He is professor and chair of the industrial engineering and operations research department at the University of California, Berkeley, and holds the William S. Floyd Jr. Distinguished Chair in Engineering at Berkeley, with joint appointments in Electrical Engineering and Computer Science (EECS), Art Practice, and the School of Information. Goldberg also holds an appointment in the Department of Radiation Oncology at the University of California, San Francisco.

Susan Lois Graham is an American computer scientist. Graham is the Pehong Chen Distinguished Professor in the Computer Science Division of the Department of Electrical Engineering and Computer Sciences at the University of California, Berkeley.

Timothy Wilking Finin is the Willard and Lillian Hackerman Chair in Engineering and is a Professor of Computer Science and Electrical Engineering at the University of Maryland, Baltimore County (UMBC). His research has focused on the applications of artificial intelligence to problems in information systems and has included contributions to natural language processing, expert systems, the theory and applications of multiagent systems, the semantic web, and mobile computing.

Magnus B. Egerstedt is a Swedish-American roboticist, the Steve C. Chaddick School Chair and Professor at the School of Electrical and Computer Engineering, Georgia Institute of Technology. 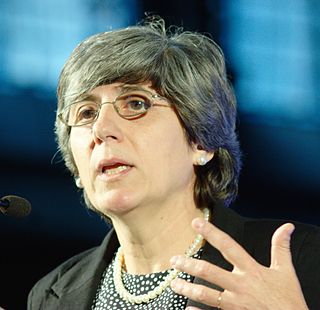 Manuela Maria Veloso is the Head of J.P. Morgan AI Research & Herbert A. Simon University Professor in the School of Computer Science at Carnegie Mellon University, where she was previously Head of the Machine Learning Department. She served as president of Association for the Advancement of Artificial Intelligence (AAAI) until 2014, and the co-founder and a Past President of the RoboCup Federation. She is a fellow of AAAI, Institute of Electrical and Electronics Engineers (IEEE), American Association for the Advancement of Science (AAAS), and Association for Computing Machinery (ACM). She is an international expert in artificial intelligence and robotics. 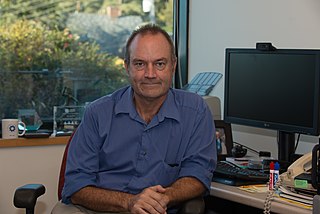 John F. Canny is an Australian computer scientist, and Paul E Jacobs and Stacy Jacobs Distinguished Professor of Engineering in the Computer Science Department of the University of California, Berkeley. He has made significant contributions in various areas of computer science and mathematics including artificial intelligence, robotics, computer graphics, human-computer interaction, computer security, computational algebra, and computational geometry.

Lydia E. Kavraki is a Greek-American computer scientist, the Noah Harding Professor of Computer Science, a professor of bioengineering, electrical and computer engineering, and mechanical engineering at Rice University. She is also the director of the Ken Kennedy Institute at Rice University. She is known for her work on robotics/AI and bioinformatics/computational biology and in particular for the probabilistic roadmap method for robot motion planning and biomolecular configuration analysis.

Mary Jane Irwin is the Evan Pugh Professor and A. Robert Noll Chair Emeritus in Engineering in the Department of Computer Science and Engineering at Pennsylvania State University. She has been on the faculty at Penn State since 1977. She is an international expert in computer architecture. Her research and teaching interests include computer architecture, embedded and mobile computing systems design, power and reliability aware design, and emerging technologies in computing systems.

Dina Katabi is the Andrew and Erna Viterbi Professor of Electrical Engineering and Computer Science at MIT and the director of the MIT Wireless Center.

Katherine "Kathy" Anne Yelick is an American computer scientist, a professor of Electrical Engineering and Computer Sciences at the University of California, Berkeley, and the Associate Laboratory Director for Computing Sciences at Lawrence Berkeley National Laboratory.

Nancy Marie Amato is an American Computer Scientist noted for her research on the algorithmic foundations of motion planning, computational biology, computational geometry and parallel computing. Amato is the Abel Bliss Professor of Engineering and Head of the Department of Computer Science at the University of Illinois at Urbana-Champaign. Amato is noted for her leadership in broadening participation in computing, and is currently a member of the steering committee of CRA-W, of which she has been a member of the board since 2000.

Pascale Fung (馮雁) is a professor in the Department of Electronic & Computer Engineering and the Department of Computer Science & Engineering at the Hong Kong University of Science & Technology(HKUST). She is the director of the newly established, multidisciplinary Centre for AI Research (CAiRE) at HKUST. She is an elected Fellow of the Institute of Electrical and Electronics Engineers (IEEE) for her “contributions to human-machine interactions” and an elected Fellow of the International Speech Communication Association for “fundamental contributions to the interdisciplinary area of spoken language human-machine interactions”.

Pieter Abbeel is a Professor of Electrical Engineering and Computer Science, Director of the Berkeley Robot Learning Lab, and Co-Director of the Berkeley AI Research (BAIR) Lab at the University of California, Berkeley. He is also the Co-Founder of covariant.ai, a venture-funded start-up that aims to teach robots new, complex skills, and Co-Founder of Gradescope, an online grading system that has been implemented in over 500 universities nationwide. He is best known for his cutting edge research in robotics and machine learning, particularly in deep reinforcement learning.

Jana Košecká is a Slovak computer scientist specializing in computer vision. She is a professor of computer science at George Mason University. Previously, Košecká was a researcher at Stanford University and the University of California, Berkeley.