She is hosting Stree Shakti on DD National. [3]

Baharo Phool Barsao, is a 1972 Pakistani Urdu-language romance film produced and directed by Indian director Mehmood Sadiq. He had come from India to produce and direct this film, but died halfway through its production. It was completed by the Pakistani film director Hassan Tariq. It cast Waheed Murad, Rani, Rukhsana, Munawar Zarif, Saiqa, Kamal Irani, Tamanna, Ilyas Kashmiri, Aslam Pervaiz and Sangeeta. The film is based on India's Lucknow culture.

Thoda Hai Thode Ki Zaroorat Hai was an Indian soap opera that aired in 1997. The director Ravi Rai won numerous awards for the serial, and the series itself won the 'Best Television Serial Drama' award by Screen Awards in the year 1997. The story shows how hard it is for us humans to survive the death of our loved ones.

Raju Kher is an Indian actor and director. He directed the television serial Sanskar in 1999. 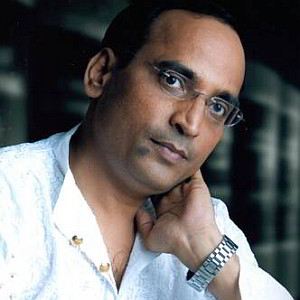 Shruti Bapna is an Indian film actress who has worked in commercial films, web series, and TV shows.

Zama Habib, also known as Zaman Habib, is a Mumbai-based Indian television writer. He has written serials such as Sapna Babul Ka...Bidaai, Sasural Genda Phool, Ek Hazaaron Mein Meri Behna Hai,Saas Bina Sasural, Nimki Mukhiya, Nimki Vidhayak and Ishaaron Ishaaron Mein. He is the script consultant of Anupamaa. Currently he is writing and producing his next show Zindagi Mere Ghar Aana for Star Plus which will air in July 2021.

Sudhir Pande is an Indian film and serial television actor.