Skinnyman (born Alexander Graham Holland, 9 November 1974) is a British rapper who was born in Leeds, Yorkshire and moved to Finsbury Park, London at a young age. He grew up on the Six Acres Estate next to Andover Estate. Among his friends was fellow Leeds-born, London-raised Cornwall DJ Pat Mckay.

He formed the Mud Family with Mongo and Chester P, a group which released a number of EPs. These included such records as "Itchy Town" and "Lash Suttin", a reworking of Redman's "Smash Something". Later Supar Novar, Mr. Ti2bs, Uncle Festa and more joined the group. Skinnyman released a solo album, Council Estate of Mind in 2004.

He appeared in the first episode of Tower Block Dreams , a 2004 documentary series on BBC Three which looked into the underground music scene in council estates. [1] He also played a small part in the 2005 interactive TV series Dubplate Drama . [2]

Council Estate of Mind was released on Low Life Records in 2004, shortly before Skinnyman was again incarcerated. It spent two weeks in the official album chart, with a peak position of number 65. [3] Skinnyman claimed in a 2019 interview with The Face to have "never been paid a penny to this day from Council Estate of Mind." [4]

Notably many samples on the album are taken from the 1982 television play Made in Britain. [5]

Dragon Ash is a Japanese rap rock group founded in 1996 by Kenji "KJ" Furuya and Sakurai Makoto. They were one of the first groups to popularize hip hop in Japan. Dragon Ash is a member of Mob Squad, which is an affiliation with the bands Source and Endive. Dragon Ash uses the French fleur-de-lis as their band logo/symbol.

Timothy Jerome Parker, better known by his stage name Gift of Gab, was an American rapper best known for performing in the Bay Area hip hop duo Blackalicious along with DJ Chief Xcel. He was also a member of Quannum Projects, a Bay Area hip hop crew and record label, and performed and recorded as a solo artist. 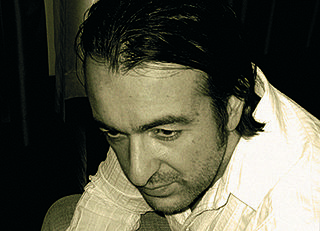 Nicholas Agamalis, better known as Nick Skitz, is an Australian DJ and dance music producer. His career in dance music started in the early 1990s. Since 1995, his Skitzmix series of compilations have become well known in Australian dance circles for featuring remixes and megamixes of well-known dance songs and are the best selling DJ compilations in Australia.

Craig Jamieson Mack was an American rapper and record producer. He helped build the foundation for Bad Boy Records, one of hip hop’s most influential labels.

Rodney Panton, also known as Rodney P is an English MC, as well as a radio and television personality who first gained attention via the UK hip hop scene in the 1980s. A former member of UK hip-hop group London Posse, Rodney P is known for rapping in his London accent. 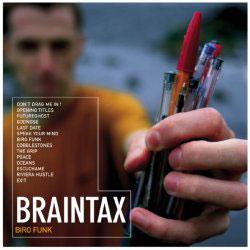 Biro Funk is the debut studio album by Braintax, released on Low Life Records in 2001. By the time of the album's release, Braintax was a solo artist - Joseph Christie. Prior to the release of Biro Funk, Braintax had released a number of EPs and 12" singles, originally as a two-piece band. The album was recorded at Christie's own Low Life Records studio in Shepherd's Bush. It features guest appearances from other stars of UK hip hop and scratches performed by DJ Harry Love of the Scratch Perverts.

"Silence" is a song by Canadian electronic music group Delerium featuring Canadian singer and co-writer Sarah McLachlan, first released in 1999. Over the years, it has been hailed as one of the greatest trance songs of all time, over a decade after its initial release. The Tiësto remix of the song was voted by Mixmag readers as the 12th greatest dance record of all time.

Council Estate of Mind is the debut studio album by English rapper Skinnyman, released on 9 August 2004 by Low Life Records. It was produced by DJ Flip, Stoned Soldiers, Adam M, and others. The album makes use of samples from Made in Britain, a British film from the early 1980s. The album spent two weeks on the UK Albums Chart, peaking at number 65.

This article provides a discography of the official releases by Australian singer Daniel Merriweather.

Natalia Sheppard, better known by her stage names MC Tali and Tali, is a New Zealand drum and bass artist, best known for her 2004 hit "Lyric on My Lip", which reached #39 in the UK Singles Chart. Tali has also worked with prominent artists, such as former Mercury Music Prize nominee Roni Size. Tali prefers to use the name "Tali" when singing and songwriting acoustically or live, preferring to use 'MC" whenever she collaborates with electronic music artists, sometimes using the former. In November 2019 Tali won the Vodafone New Zealand Music Award for Best Electronica Artist for her 2018 album "Love & Migration".

DJ Skitz or Skitz is a British DJ and music producer. He was born in 1970 in Cambridgeshire and started DJing in 1991. He has compiled a number of British Hip Hop compilations and other Hip Hop compilations. Along with Rodney P he produced the first track to ever be played on BBC Radio 1Xtra in 2002, when the station launched; the BBC called Skitz a "hip-hop star". They also presented a weekly show on the station called "Original Fever", which formed the backbone of the radio station, until 2007. The Independent considered it the "show of the week" on the radio station. In 2008 he competed in the DMC UK DJ Championship. He had also created his own record label, Titan Sounds.

BluRum13, born James Sobers, is an American underground rapper, emcee, actor and producer who also uses the pseudonym Killa Platypus. Originally from New York City, he spent most of his formative years in Washington, D.C. and is the great nephew of knighted cricketer Sir Garfield Sobers.

Miss Baby Sol is a Zairean-English singer and songwriter. She was born in Zaire and resides in London.

Nasty P is a hip hop Producer/DJ from Edinburgh, Scotland. As an artist and producer he has worked with Akil from Jurassic 5, Skinnyman and Ed O.G..

Melisa Abimbola, better known as Melisa Whiskey is a British-Nigerian Afropop singer and songwriter. She is mostly known for her songs Billin, Ajeh,Thredhold etc.