A dispute with King Records led Brown to release all of his band's instrumental recordings between 1964 and 1967 on Smash. Smash also released three of Brown's vocal recordings, including his 1964 proto-funk single "Out of Sight". [2]

Smash shared the numbering system for their singles with other labels that they distributed. The most important of these was Fontana Records. Mercury discontinued the Smash label in 1970. [3]

Mercury label owner PolyGram used the Smash imprint for reissues in the 1980s. PolyGram revived Smash in 1991 as an R&B/dance label with its offices located in Chicago. It was first under the PolyGram Label Group (PLG) umbrella, then under the Independent Label Sales (ILS) umbrella, then under Island Records until the imprint was retired in 1996. One of the hits Smash saw during this period was "People Are Still Having Sex" by house music producer LaTour. Another successful artist on the dance charts was Jamie Principle.

Sun Records is an American independent record label founded by producer Sam Phillips in Memphis, Tennessee in February 1952. Sun was the first label to record Elvis Presley, Charlie Rich, Roy Orbison, Jerry Lee Lewis, Carl Perkins, and Johnny Cash. Prior to that, Sun had concentrated mainly on African-American musicians because Phillips loved rhythm and blues and wanted to bring it to a white audience.

Fontana Records is a record label which was started in the 1950s as a subsidiary of the Dutch Philips Records. The independent label distributor Fontana Distribution takes its name from the label. 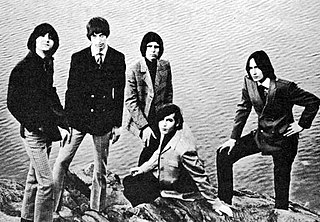 The Left Banke was an American baroque pop band, formed in New York City in 1965. They are best remembered for their two U.S. hit singles, "Walk Away Renée" and "Pretty Ballerina". The band often used what the music press referred to as "baroque" string arrangements, which led to their music being variously termed as "Bach-rock" or "baroque rock". The band's vocal harmonies borrowed from contemporaries such as The Beatles, The Zombies, and other British Invasion groups. 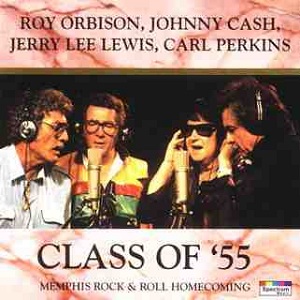 Class of '55: Memphis Rock & Roll Homecoming is collaborative studio album by Carl Perkins, Jerry Lee Lewis, Roy Orbison, and Johnny Cash. it was released on May 26, 1986, by America/Smash Records, a subsidiary of Polygram Records. The album was produced by Chips Moman.

Pickwick Records was an American record label and British record distributor known for its budget album releases of sound-alike recordings, bargain bin reissues and repackagings under the brands Design, Bravo, Hurrah, Grand Prix, and children's records on the Cricket and Happy Time labels. 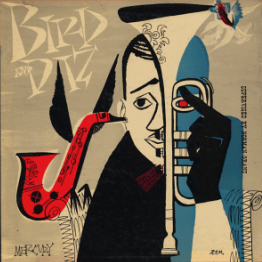 Bird and Diz is a studio album by jazz saxophonist Charlie Parker and trumpeter Dizzy Gillespie. It was recorded primarily on June 6, 1950 in New York City. Two tracks featured on the original pressing, "Passport" and "Visa", were recorded by Parker, without Gillespie and with a different personnel than that of the other tracks, in March and May 1949. The album was originally issued in 1952 in 10" format as a collection of 78 rpm singles on the Verve subsidiary label Clef Records.

Soul My Way is an album by Jerry Lee Lewis released on the Smash label in 1967. 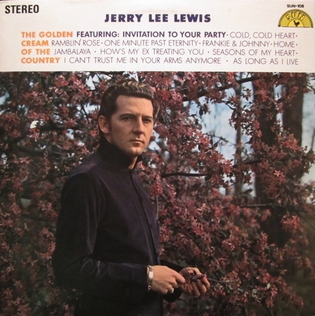 The Golden Cream of the Country is an album by Jerry Lee Lewis. It was released by the Sun Record Company in 1969.

"Baby, Hold Me Close" is a song written by Jerry Lee Lewis and Bob Tubert and released as a single by Lewis in the U.S. in February 1965 on Smash Records. The song was also released in the UK in 1965 as a 45 single on Philips Records.