Sreejith Ravi (born 19 May 1976) is an Indian actor who appears predominantly in Malayalam films and also in Tamil films. He is the son of actor T. G. Ravi.

Sreejith is the son of actor and industrialist T. G. Ravi and V. K. Subhadra. He studied in Hari Sri Vidya Nidhi School, Thrissur. He received his Bachelor of Engineering in Mechanical Engineering from the National Institute of Technology Karnataka. He also received his PGDBA from ICFAI Business School, Bangalore, and Diploma in Business Finance from ICFAI Hyderabad.[ citation needed ]

He started his acting career in 2005 with the film Mayookham . He got a breakthrough after appearing in Chanthupottu . He also acted in Adoor Gopalakrishnan's Naalu Pennungal . He portrayed Sivarasan in the Rajiv Gandhi assassination-based Mission 90 Days . he had a substantial role in Chekavar. he debuted in Tamil film industry with Vettai . His roles in Sathyan Anthikad's Kadha Thudarunnu and Orkut Oru Ormakoot was different from the villains role he did until then.

He won SIIMA award in 2013 for the Best Comedian for his performance in Punyalan Agarbattis , in which he played a humorous role named Abhayakumar, an auto-rickshaw driver. He played main villain characters in the Tamil films Kumki , Madha Yaanai Koottam , Kathakali (film) . He has acted in a Kannada film Happily Married. He also has dubbed for his father T. G. Ravi in Ashwaroodan and Pranchiyettan & the Saint .

He was arrested in 2016 for public indecency, where he flashed 14 schoolgirls in Palakkad, though he was released on bail. [2] He was again arrested in July 2022 for flashing naked in front of two minors. [3] He was denied bail and was remanded for seven days. [4] The court, considering that he was undergoing treatment for a behavioural disorder for the past six years, was granted bail on condition that the bail would get cancelled if he was found guilty of similar offenses again. [5] 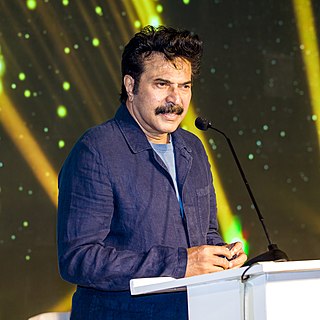 Muhammad Kutty Panaparambil Ismail, known mononymously by the hypocorism Mammootty, is an Indian actor and film producer who works predominantly in Malayalam films. He has also appeared in Tamil, Telugu, Kannada, Hindi, and English-language productions. In a career spanning five decades, he has acted in over 400 films. He is the recipient of several accolades, including three National Film Awards, seven Kerala State Film Awards, and thirteen Filmfare Awards South. For his contribution to film, the Government of India awarded him the Padma Shri in 1998. In 2022, he was honoured with Kerala Prabha Award, the second-highest honour given by the Government of Kerala.

Karthika Menon, better known by her stage name Bhavana, is an Indian actress who predominantly appears in Malayalam and Kannada films, and has also appeared in some Tamil and Telugu films. Bhavana made her acting debut with the Malayalam film Nammal in 2002. 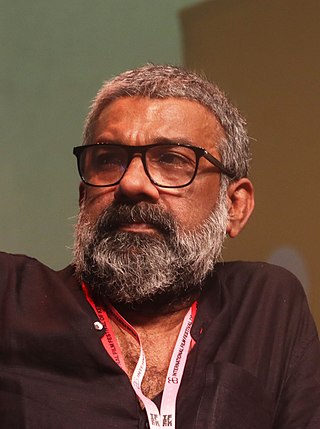 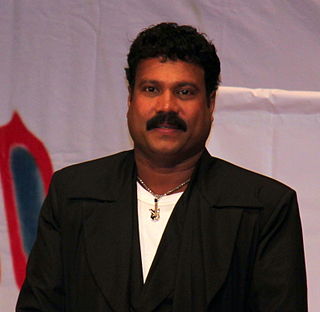 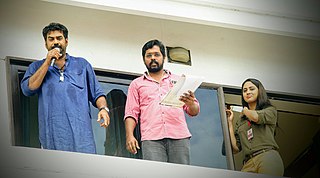 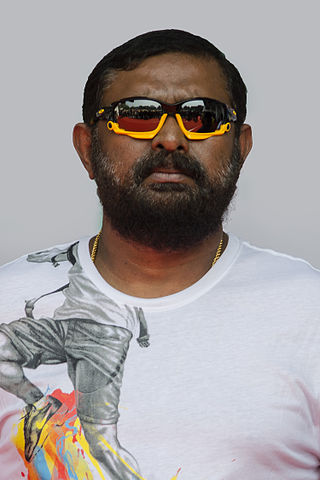 M. P. Michael, better known by his stage name Lal, is an Indian actor, director, screenwriter, producer and distributor who predominantly works in Malayalam and Tamil films and in a few Telugu films. Lal has won several awards, including a National Film Award – Special Mention for acting (2012), two Kerala State Film Award for Best Actor, and a Filmfare Award for Best Actor – Malayalam (2008). He is the owner of Lal Media Arts, a post-production studio. 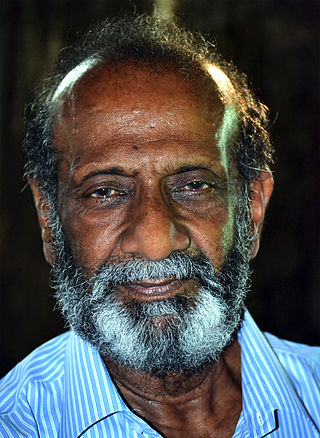 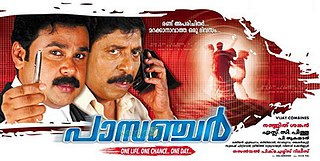 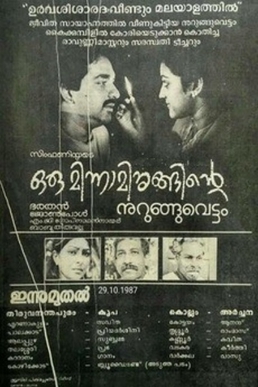 Oru Minnaminunginte Nurunguvettam is a 1987 Malayalam-language drama film directed by Bharathan, written by John Paul and produced by M. G. Gopinath and Babu Thiruvalla. The film stars Nedumudi Venu, Sharada and Parvathy in lead roles, while Devan, Innocent and Sankaradi play supporting roles. The film is about an elderly teacher couple, who bring up a girl with devotion — only to lose her as well as her son. 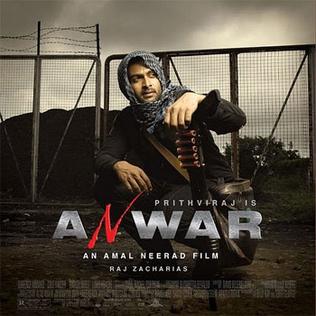 Anwar is a 2010 Indian action thriller film written and directed by Amal Neerad, starring Prithviraj Sukumaran in the titular role with Prakash Raj, Mamta Mohandas and Lal in supporting roles. The film was shot simultaneously in Malayalam and Tamil, and the film is also dubbed into Hindi as Diler Hindustani. The film's plot elements were inspired by the 2008 American film Traitor. 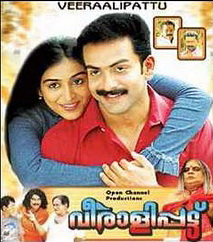 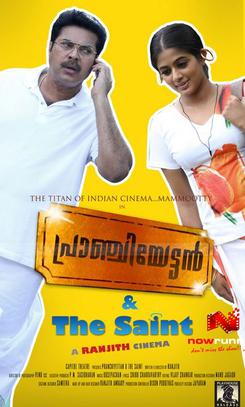 Pranchiyettan & the Saint is a 2010 Indian Malayalam-language satirical comedy film written, directed, and produced by Ranjith. The film centres on the fictitious conversation between the Thrissur based businessman C. E. Francis a.k.a. Pranchiyettan (Mammootty) and St. Francis of Assisi. Priyamani, Innocent, Siddique, Khushbu Sundar, Jagathy Sreekumar, Ganapathy, Sasi Kalinga, Tini Tom and Biju Menon play the other important roles. The film is considered one of the best comedy films in Malayalam cinema and has attained cult status in the years following its release. Some critics consider the film as one of the defining movies of the Malayalam New Wave. 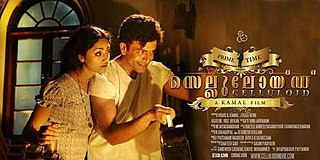 Celluloid is a 2013 Indian Malayalam-language biographical film co-produced, written and directed by Kamal, starring Prithviraj, Sreenivasan, Mamta Mohandas and Chandni in the lead roles. The film is a biopic based on the life story of J.C. Daniel, the father of Malayalam cinema, the making of his film Vigathakumaran and the story of Vigathakumaran's heroine P. K. Rosie. The film is particularly based on Life of J. C. Daniel, a biography of J. C. Daniel written by Chelangatt Gopalakrishnan. Filming started in November 2012. The film's online posters were done by a 16-year-old boy Aswin which was viral in social medias. and it was released in February 2013. The film opened with positive reviews and received seven Kerala State Film Awards including for Best Film and Best Actor (Prithviraj). The movie received many awards and much appreciation with the support of All Lights Film Services (ALFS), a leading film festival consultancy. The film was a blockbuster at the box office. 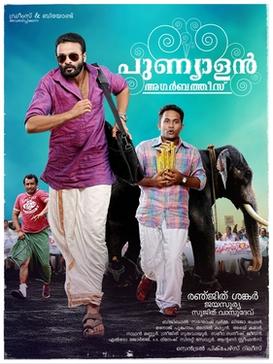 Punyalan Agarbattis is a 2013 Indian Malayalam-language satirical comedy film written, co-produced and directed by Ranjith Sankar, starring Jayasurya, Nyla Usha, Aju Varghese, Rachana Narayanankutty, Innocent and Sreejith Ravi. The film follows the tale of the young entrepreneur Joy Thakkolkaran (Jayasurya) and his business venture "Punyalan Agarbattis" in the city of Thrissur. The film is produced by Jayasurya and Ranjith Sankar under the banner of Dreams N Beyond[2] and features music composed by Bijibal.[3] The film was a commercial success at the box-office.[4] A sequel of the film titled 'Punyalan Private Limited' was made in 2017,[5] and it casts many of the members of original cast. 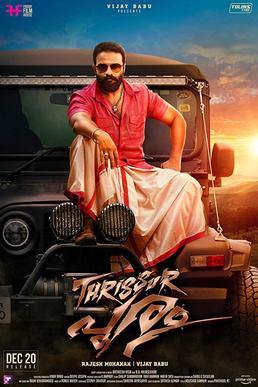 Kuttavum Shikshayum is a 2022 Indian Malayalam-language police drama film directed by Rajeev Ravi and written by Sibi Thomas and Sreejith Divakaran. The film stars Asif Ali, Sunny Wayne, Alencier Ley Lopez, Sharaf U Dheen, and Senthil Krishna. The film revolves around a mysterious robbery that took place in Kerala. It is produced by Arun Kumar V. R. under the banner of Film Roll Productions in association with Collective Studios.

Wikimedia Commons has media related to Sreejith Ravi .
This page is based on this Wikipedia article
Text is available under the CC BY-SA 4.0 license; additional terms may apply.
Images, videos and audio are available under their respective licenses.