A statutory authority is a body set up by law which is authorised to enact legislation on behalf of the relevant country or state. They are typically found in countries which are governed by a British style of parliamentary democracy such as the United Kingdom and the Commonwealth countries like Australia, Canada, India and New Zealand. They are also found in Israel and elsewhere. Statutory authorities may also be statutory corporations, if created as a body corporate.

Laws made by statutory authorities are usually referred to as regulations. They are not cited in the same fashion as an act of parliament, but usually with specific initials (depending on the authority) and a number.

Just as with laws enacted by Parliament, all laws made by a statutory authority must be published in the Government Gazette.

The Parliament of Australia, or a State or Territory Parliament, will delegate its authority to a statutory authority for several reasons;

The power to enact legislation has been delegated by Australian Parliaments (State and/or Federal) in the following areas;

The Queen-in-Parliament, sometimes referred to as the Crown-in-Parliament, is a technical term of constitutional law in the Commonwealth realms that refers to the Crown in its legislative role, acting with the advice and consent of the parliament. Bills passed by the houses are sent to the sovereign, or governor-general, lieutenant-governor, or governor as her representative, for Royal Assent, which, once granted, makes the bill into law; these primary acts of legislation are known as acts of parliament. An act may also provide for secondary legislation, which can be made by the Crown, subject to the simple approval, or the lack of disapproval, of parliament.

A government or state agency, sometimes an appointed commission, is a permanent or semi-permanent organization in the machinery of government that is responsible for the oversight and administration of specific functions, such as an administration. There is a notable variety of agency types. Although usage differs, a government agency is normally distinct both from a department or ministry, and other types of public body established by government. The functions of an agency are normally executive in character, since different types of organizations are most often constituted in an advisory role—this distinction is often blurred in practice however, it is not allowed.

A by-law is a rule or law established by an organization or community to regulate itself, as allowed or provided for by some higher authority. The higher authority, generally a legislature or some other government body, establishes the degree of control that the by-laws may exercise. By-laws may be established by entities such as a business corporation, a neighborhood association, or depending on the jurisdiction, a municipality.

Ultra vires is a Latin phrase used in law to describe an act which requires legal authority but is done without it. Its opposite, an act done under proper authority, is intra vires. Acts that are intra vires may equivalently be termed "valid", and those that are ultra vires termed "invalid". 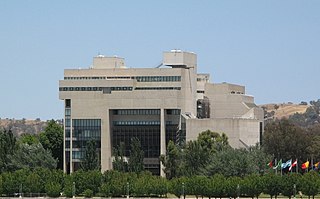 The legal system of Australia has multiple forms. It includes a written constitution, unwritten constitutional conventions, statutes, regulations, and the judicially determined common law. Its legal institutions and traditions are substantially derived from that of the English legal system. Australia is a common-law jurisdiction, its court system having originated in the common law system of English law. The country's common law is enforced uniformly across jurisdictions.

The 1974 Joint Sitting of the Parliament of Australia refers to the convening of members of the Senate and House of Representatives sitting together as a single legislative body. The joint sitting was held on 6 and 7 August 1974, following the double dissolution 1974 federal election, and remains the only time that members of both houses of the federal parliament have sat together as a single legislative body pursuant to section 57 of the Constitution.

Australian insurance law is based on commercial contract law, but is subject to regulations that affect the insurance industry and insurance contracts within Australia. Commonwealth Parliament has power to make laws with respect to insurance and insurance companies under section 51(xiv) and (xx) of the Australian Constitution. Generally, the Insurance Act 1973 and Insurance Contracts Act 1984 are the main acts that apply, however there are a number of other pieces of legislation enacted by the states, private codes and voluminous case law all of which forms the body of insurance law. 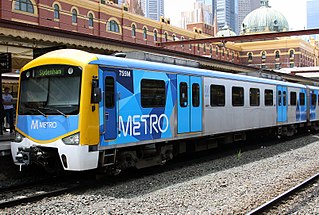 The Clean Energy Finance Corporation (CEFC) is an Australian Government-owned Green Bank that was established to facilitate increased flows of finance into the clean energy sector.

The National Offshore Petroleum Safety and Environmental Management Authority (NOPSEMA) is an Australian Commonwealth statutory agency established under the Offshore Petroleum and Greenhouse Gas Storage Act 2006. NOPSEMA serves as the national regulator for the health and safety, well integrity and environmental management aspects of offshore oil and gas operations in Australian Commonwealth waters; and in coastal waters where regulatory powers and functions have been conferred by state governments.

The Office of Parliamentary Counsel (OPC) is an Australian Commonwealth government agency established under the Parliamentary Counsel Act 1970 (Cth) within the Commonwealth Attorney-General’s portfolio. OPC drafts all government Bills that are introduced into the federal Parliament, legislative instruments made by the Governor-General, and a range of other delegated legislation. It also manages the Federal Register of Legislation to provide access to authorised, up-to-date versions of Commonwealth laws.

The Mineral Workings Act 1971 is an Act of the Parliament of the United Kingdom which provided for the safety, health and welfare of people on installations undertaking the exploitation of, and exploration for, mineral resources in UK offshore waters.

The Oil and Gas (Enterprise) Act 1982 is an Act of the Parliament of the United Kingdom which started the process of privatisation of the oil and gas industries in the UK. It empowered the government to float off and sell shares in Britoil the upstream production side of the British National Oil Corporation. It ended the British Gas Corporation’s monopoly on the transportation and supply of gas, opening up the gas market to other gas suppliers. The Act made miscellaneous provisions relating to the oil and gas industries concerning Petroleum Licences and Offshore Installations.