Sunday Brunch is a British television programme presented by Tim Lovejoy and Simon Rimmer that is broadcast live on Channel 4 on Sunday mornings, that features cookery and interviews with celebrity guests. [1]

The programme began on 25 March 2012. [2] It was first announced by Channel 4 in February 2012 after the BBC series Something for the Weekend ended its seven-year run due to budget cuts. [3] This is the same presenting team as the BBC show, with the exception of Louise Redknapp and Amanda Hamilton.

Each programme features: Simon Rimmer cooking with Tim Lovejoy and the week's guests; highlights from television and film; interviews with guests; drink tasting with an expert, usually Rebecca Seal; a trend round-up segment with an expert; and the 'Sunday Brunch Playlist', which is a selection of music videos chosen by the presenters and guests.

The show wasn’t broadcast on 22 March 2020 following to COVID-19 pandemic in the United Kingdom. Instead in its place, Channel 4 aired episodes of Food Unwrapped, Come Dine with Me and Ramsay’s Kitchen Nightmares USA

On 29 September 2014, it was announced that Rimmer and Lovejoy would host a new spin-off series from Sunday Brunch. The show began on 13 October 2014 and aired daily at 10am for 40 episodes. [5] 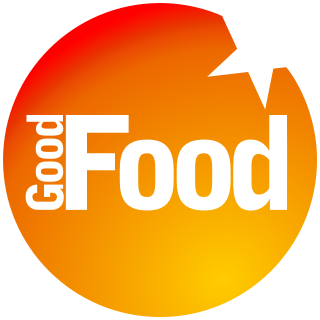 Good Food was a cookery channel broadcasting in the United Kingdom and Ireland, latterly as part of the Discovery, Inc. network of channels. The channel originally launched on 5 November 2001 and relaunched in its final format on 22 June 2009. Good Food was available on satellite through Sky and through IPTV with TalkTalk TV, BT TV. From 2015 to 2017, Good Food was temporarily rebranded as Christmas Food during the festive season.

T4 was a scheduling slot on Channel 4 and E4. It also aired on weekdays in the school holidays. The slot had a separate station identification on screen graphic from Channel 4 and E4. Channel 4 originally produced the strand in-house until 2002, when production was passed onto independent companies. The slot was targeted at the 16-24 age group.

Timothy Paul Lovejoy is an English television presenter best known for hosting Saturday morning football programme Soccer AM with Helen Chamberlain for over a decade. He presents Sunday Brunch on Channel 4 and BT Sports Panel on Saturday mornings on the BT Sport channel.

Princess Productions was a London based television production company, which was started in September 1996 by Henrietta Conrad and Sebastian Scott, which produced broadcast shows and pilots for all the major British broadcasters across a variety of genres, mainly specialising in entertainment and factual entertainment programmes. Highlights included Got To Dance, Must Be the Music, T4 and The Sunday Night Project.

Simon Peter Rimmer is an English celebrity chef, best known for his on-screen partnership with Tim Lovejoy and love of weak Shandies.

Something for the Weekend is a British television programme, broadcast on BBC Two on Sunday mornings from 2006 until 2012. It features cookery, drinks, interviews with celebrity guests and clips from the week's television, as well as classic clips in the 'Deja View' section. The show was originally presented by Amanda Hamilton, Tim Lovejoy and Simon Rimmer. In 2010, Louise Redknapp replaced Hamilton.

Ruth Watson is an English hotelier, broadcaster and food writer.

Weekend Wogan was the incarnation of the Sunday morning show on BBC Radio 2 from 14 February 2010 to 8 November 2015. The show was presented by Sir Terry Wogan, which marked his return to the airwaves following his departure as presenter of the weekday breakfast show, in December 2009.

ABC News is an Australian 24-hour news channel launched and owned by the Australian Broadcasting Corporation. The channel replaced the former ABC HD channel and commenced broadcasting as ABC News 24 at 7:30 pm (AEST) on Thursday, 22 July 2010. 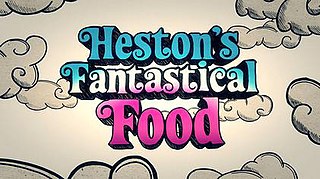 Heston's Fantastical Food is a television cookery program starring chef Heston Blumenthal which broadcast on Channel 4 in the UK during late 2012. The programme follows Blumenthal as he supersizes a variety of food for presentation to members of the public.

James Patrick Bowie Morton is a Scottish doctor, baker, author and reality television contestant, based in Glasgow, who rose to fame when he became the runner up on the third series of The Great British Bake Off.