Susan Rogers is an American professor, sound engineer and record producer best known for being Prince’s staff engineer during his commercial peak (1983-1987), [1] including albums like Purple Rain , Around the World in a Day , Parade , Sign o' the Times , and The Black Album ." [2] During this time she laid the foundations for Prince's now famous vault by beginning the process of collecting and cataloguing studio and live recordings. [1] She has also worked as a sound engineer and record producer for several musical artists such as Barenaked Ladies (producing the 1998 album Stunt), David Byrne, Robben Ford, Jeff Black, Rusted Root, Tricky, Michael Penn, Toad the Wet Sprocket, and Tevin Campbell. [3] She is an associate professor in the Music Production and Engineering and Liberal Arts departments at Berklee College of Music. [4]

Rogers grew up in Southern California and had an early interest in recorded music and in the 1970s moved to Hollywood. Her interest in working in a studio led her to work at the University of Sound Arts as a receptionist. She overheard a conversation about becoming a maintenance tech and decided to start studying electronics, acoustics and magnetism. [1] This led her to apply for a job at Audio Industries, in 1978, and trained as a MCI console and tape-machine technician. [5] She went on to become a maintenance tech for Rudy Records, Graham Nash and David Crosby’s studio, in 1981, where she got her first experience as an assistant engineer. [1] Rogers moved to Minneapolis in 1983 to become Prince's technician. [1] Her role quickly evolved into engineer despite only previously being an assistant engineer. [5] As Paisley Park, Prince's recording studio, opened, Rogers left as his engineer and went on to have a 22-year career in the music industry. [2]

In 2000 she decided to leave the music business [1] and pursue an academic career. [2] She earned her doctorate in music cognition and psychoacoustics in 2010 from McGill University. [4] [6]

Geoffrey Ernest Emerick was an English sound engineer and record producer who worked with the Beatles on their albums Revolver (1966), Sgt. Pepper's Lonely Hearts Club Band (1967) and Abbey Road (1969). Beatles producer George Martin credited him with bringing "a new kind of mind to the recordings, always suggesting sonic ideas, different kinds of reverb, what we could do with the voices". 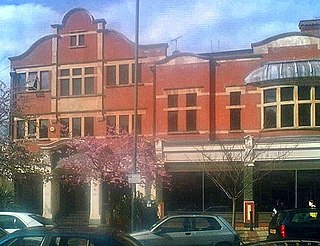 Olympic Sound Studios was an independent commercial recording studio in London, best known for the many rock, pop and sound stage recordings made during late 1960s onwards. Highly regarded, it was used by acts as The Rolling Stones, Jimi Hendrix, Led Zeppelin, Dave Mason and The Beatles. Some regarded Olympic Studios as important as Abbey Road Studios. The studio's sound mixing desks became famous when the technology and design they pioneered was later manufactured commercially. 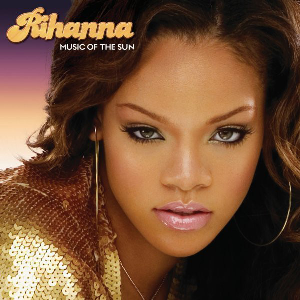 Music of the Sun is the debut studio album by Barbadian singer Rihanna. It was released on August 29, 2005, by Def Jam Recordings. Prior to signing with Def Jam, Rihanna was discovered by record producer Evan Rogers in Barbados, who helped Rihanna record demo tapes to send out to several record labels. Jay-Z, the former chief executive officer (CEO) and president of Def Jam, was given Rihanna's demo by Jay Brown, his A&R at Def Jam, and invited her to audition for the label after hearing what turned out to be her first single, "Pon de Replay". She auditioned for Jay-Z and L.A. Reid, the former CEO and president of record label group The Island Def Jam Music Group, and was signed on the spot to prevent her from signing with another record label. 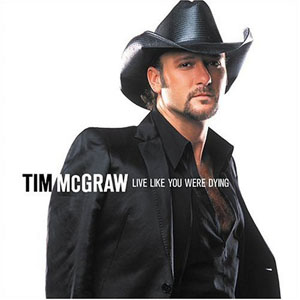 Live Like You Were Dying is the eighth studio album by American country music artist Tim McGraw. It was released on August 24, 2004, by Curb Records and was recorded in a mountaintop studio in upstate New York. It entered the Billboard 200 chart at number one, with sales of 766,000 copies in its first week. The album was certified 4 x Platinum by the RIAA for shipping four million copies, and was nominated for two Grammies in 2005 for Best Country Vocal Performance Male and Best Country Album, winning for Best Country Vocal Performance. Five singles were released from the album, all were top 15 hits on the Hot Country Songs chart, two of which hit #1.

Sylvia Lenore Massy is an American record producer, mixer, engineer, and author. Massy is perhaps best recognized for her work on 1993's Undertow, the full-length double platinum-selling debut for Los Angeles alternative metal band Tool as well as her work with System of a Down, Johnny Cash, Red Hot Chili Peppers, and Brazilian band South Cry. 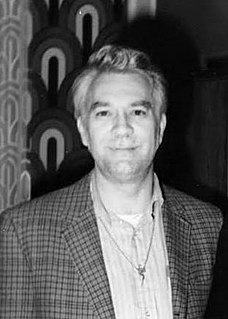 Bill Porter was an American audio engineer who helped shape the Nashville sound and recorded stars such as Chet Atkins, Louis Armstrong, the Everly Brothers, Elvis Presley, Gladys Knight, Barbra Streisand, Diana Ross, Skeeter Davis, Ike & Tina Turner, Sammy Davis Jr., and Roy Orbison from the late 1950s through the 1980s. In one week of 1960, his recordings accounted for 15 of Billboard magazine's "Top 100," a feat none have matched. Porter's engineering career covered over 7,000 recording sessions, and yielded 300 chart records, 49 Top 10, 11 Number Ones, and 37 gold records. 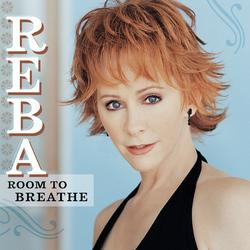 Room to Breathe is the twenty-sixth studio album by American country music singer Reba McEntire. It was released on November 18, 2003, by MCA Nashville Records. It was produced by Buddy Cannon, McEntire, and Norro Wilson.

Julia Adamson is a Canadian composer, musician and current label manager of Invisiblegirl Records. In 1967 her family moved to Manchester, England.

Somewhere Between is the debut studio album by the American country music singer-songwriter Suzy Bogguss, released on March 21, 1989 through Capitol Records. Preceded by the singles "I Want to Be a Cowboy's Sweetheart" and "Somewhere Between", the album reached number 41 on the Billboard Top Country Albums during its 37-week chart stay. The album's third single "Cross My Broken Heart" peaked at number 14 on the Billboard Hot Country Songs. Following the album's success, Bogguss was named the Academy of Country Music's Top New Female Vocalist.

Greene St. Recording was a New York City recording studio, located at 112 Greene Street in SoHo, Manhattan, until its closure in 2001. It was one of the early headquarters of hip hop music during the 1980s and 1990s.

Jim Anderson is an internationally recognized recording engineer and producer for acoustic music in the recording, radio, television, and film industries.

Across the Sea of Suns is a Jefferson Starship live album. The album was produced by using recordings from four different live venues: The Bottom Line in New York City; The IMAC at Huntington, New York; New Park Entertainment in Philadelphia; and The Keswick Theatre in Glenside, Pennsylvania. The album had further studio production at American Recording in Calabasas, California. Most of the tracks used for the final album were from The Bottom Line, and none of the tracks recorded in Philadelphia were used. The album was released as a double CD. Grace Slick provided liner notes, writing her own thoughts about sixteen of the songs included. 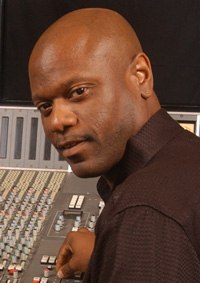 Betty Cantor-Jackson is an American audio engineer and producer. She is best known for her work recording live concerts for the Grateful Dead from the late 1960s to the early 1980s, including the Cornell 5/8/77 album. She is noted for her ear for recording and her long tenure with the band.