Michael Daniel Penn (born August 1, 1958) is an American singer-songwriter and composer. He is noted for the 1989 single "No Myth", a top 20 hit in the US and successful in several other countries.

Penn was born in Greenwich Village, New York City. He is the first son of actor and director Leo Penn and actress Eileen Ryan, and the brother of actors Sean Penn and Chris Penn. He is of Lithuanian Jewish (father) and Irish-Italian (mother) descent.

Michael Penn is a critically acclaimed singer/songwriter and film composer. [1] Prior to the release of his 1989 debut album March , Penn was a member of the Los Angeles band Doll Congress. Penn was one of two musical guests, as a solo artist on Saturday Night Live October 24, 1987, with his brother Sean hosting. Penn had also appeared as an extra on a few television series, including St. Elsewhere .

It was with Free-for-All that Penn faced the specter of the one-hit wonder. The album, while praised by critics, was not as successful as Penn's debut, though it had more than its share of supporters. Rolling Stone called it "stunning" [2] and CMJ wrote that the album "exhausts any doubts" about whether March was a fluke. [3]

In Vox magazine, critic Gary Leboff acknowledged that Penn could be "pig-headedly uncommercial," but, he conceded, "the payoff is sublime". Leboff continues, "His freeform songwriting creates tracks of startling shape and originality, offering literate reflections on the human condition..."[ citation needed ]

Penn collaborated with the renowned surrealist animators The Brothers Quay on "Long Way Down (Look What the Cat Drug In)", which found a home not only on MTV but in film festivals around the country.

He has worked extensively creating original music for film. He scored Paul Thomas Anderson's films Hard Eight (1996) and Boogie Nights (1997); he also appears in the latter in a cameo role as a recording engineer. During the editing of the film, Anderson directed a music video with Penn for "Try" from Resigned (the video can be found on the Boogie Nights DVD). Other films scored by Penn include Alan Cumming's first two directorial efforts, The Anniversary Party and Suffering Man's Charity ; [4] American Teen , Sunshine Cleaning ; [5] the documentary The Comedians of Comedy ; and The Last Kiss . In 2003, he was nominated for a DVDX Award for Best Original Score in a DVD Premiere Movie for Melvin Goes to Dinner . [6]

Penn has produced recordings for Aimee Mann, The Wallflowers and Liz Phair.

In August 2005, Penn released Mr. Hollywood Jr., 1947 on his own Mimeograph Records label. Its songs are set against the background of post-World War II Los Angeles; Penn said he chose the year because of several notable events that took place then, including the passage of the National Security Act and the invention of the transistor. [7] The album was reissued by Legacy Recordings in April 2007 with bonus tracks from a KCRW session. [8]

The reissue came in conjunction with Legacy's release of Palms and Runes, Tarot and Tea: A Michael Penn Collection, a compilation that includes several alternate versions and previously unreleased songs. Penn said his goal in compiling, ordering tracks for and producing Palms and Runes was to "make it feel like an album" in its own right.[ citation needed ]

In January 2013, the Girls Vol. 1 soundtrack was released on iTunes. The album contained a new song by Michael Penn titled "On Your Way", which was featured in the finale of Season 1.

He also joined the crew of Showtime's Masters of Sex in 2013 as series composer. The show's pilot episode was initially set to be scored by Thomas Newman, but this did not come to fruition and Penn scored both the pilot and the rest of the series.

In 2018, he joined two new TV series as a composer - Good Girls on NBC and Here and Now on HBO.

Penn met fellow singer-songwriter Aimee Mann, and during the recording of her album I'm with Stupid (to which Penn contributed), the two struck up a friendship, which blossomed into romance and their December 29, 1997 marriage. Together with manager Michael Hausman they formed United Musicians, an independent music collective founded on "the principle that every artist should be able to retain copyright ownership of the work he or she has created and that this ownership is the basis for artistic strength and true independence." [12] Penn and Mann live in Los Angeles.

'Til Tuesday was an American new wave and alternative rock band formed in Boston, Massachusetts, United States. The band, consisting of Aimee Mann, Robert Holmes (guitar), Joey Pesce (keyboards), and Michael Hausman (drums), was active from 1982 to 1989. They are best known for their 1985 hit single "Voices Carry".

Aimee Elizabeth Mann is an American singer-songwriter. In the 1980s Mann was the bassist and a vocalist for 'Til Tuesday, and wrote their top-ten single "Voices Carry". She released her debut solo album, Whatever, in 1993, and has released many albums since. In 1999, Mann recorded songs for the soundtrack to the Paul Thomas Anderson film Magnolia, which earned Academy Award and Grammy Award nominations for the song "Save Me". She has won two Grammy Awards and was named one of the world's ten greatest living songwriters by NPR in 2006. 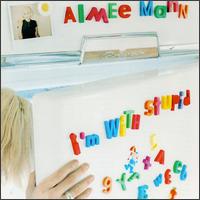 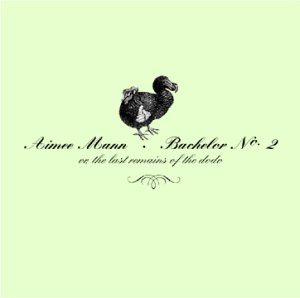 Bachelor No. 2 or, the Last Remains of the Dodo is the third studio album by American singer-songwriter Aimee Mann, released on May 2, 2000. The album is notable for the fact that Mann was initially without a record company and sold the album through her website, but the album went on to gain a worldwide release and achieve respectable sales. This was aided by the success of the Magnolia soundtrack, for the film of the same name by Paul Thomas Anderson, with which the album shares material. 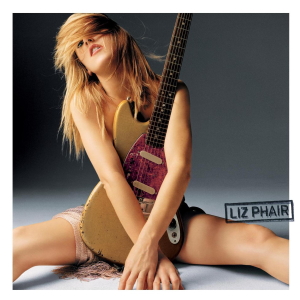 Liz Phair is the fourth studio album by American singer-songwriter Liz Phair, released June 24, 2003 on Capitol Records. "Why Can't I?" and "Extraordinary" were released as singles. Phair began production on the album with Michael Penn. Liz Phair debuted at #27 on the Billboard 200. As of July 2010, the album had sold 433,000 copies. 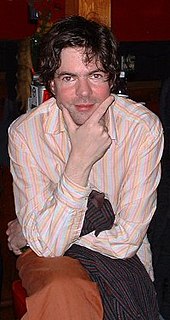 United Musicians is an independent music collective founded by Aimee Mann, Michael Penn and Michael Hausman. According to UM's Web site, it is "founded on the principle that every artist should be able to retain copyright ownership of the work he or she has created and that this ownership is the basis for artistic strength and true independence." 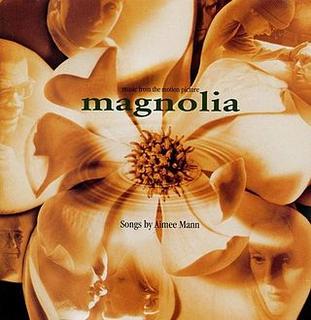 Magnolia: Music from the Motion Picture is the soundtrack album to the film of the same name. Largely composed of works by Aimee Mann, enough such that she receives a title billing on the album, it features tracks by Gabrielle, Supertramp and Jon Brion. The album has been received positively by critics. 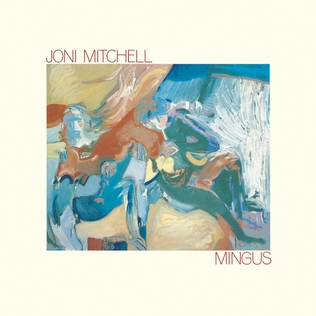 Mingus is the tenth studio album by Canadian singer-songwriter Joni Mitchell, and a collaboration with composer and jazz musician Charles Mingus. Recorded in the months before his death, it would be Mingus's final musical project; the album is wholly dedicated to him. Mingus was released on June 13, 1979. 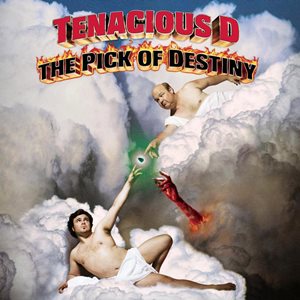 The Pick of Destiny is the second album by American comedy rock band Tenacious D, the soundtrack for their feature film of the same name. The album was released on November 14, 2006, through Epic Records, and debuted at number 8 on the Billboard 200. 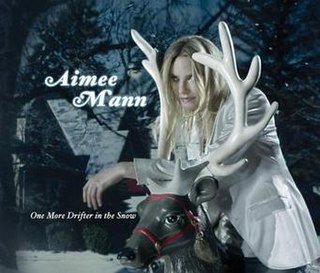 One More Drifter in the Snow is the sixth album and first Christmas album by Aimee Mann, released by SuperEgo Records in the United States on October 31, 2006. It was produced by Paul Bryan and comprises covers of "standard great Christmas classics" and two original compositions: "Christmastime", written by Mann's husband Michael Penn, and "Calling on Mary". Grant-Lee Phillips sings with her on the track "You're a Mean One, Mr. Grinch". 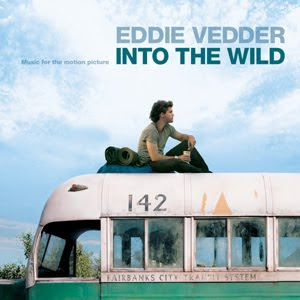 Into the Wild is the debut solo studio album by Pearl Jam vocalist Eddie Vedder, and is based on his contributions to the soundtrack for the film of the same name. It was released on September 18, 2007, through J Records. 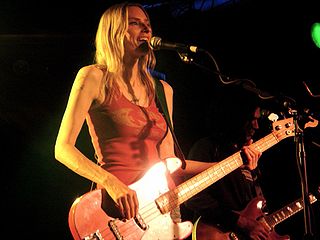 Aimee Mann is an American singer-songwriter who has released several albums since the early 1980s. Originally, she worked in collaboration with The Young Snakes and 'Til Tuesday before becoming a solo artist. In 2013, she and Ted Leo began performing as a duo called The Both.

People Like Us: Original Motion Picture Soundtrack is the soundtrack to Alex Kurtzman's 2012 film of the same name. It is composed by Academy Award-winning composer A.R. Rahman whose last successful international release was 127 Hours. Rahman began recording the patch work of score in 2011 and the score was completed by late September 2011. The Original Motion Picture Soundtrack was released on June 19, 2012, under the label Lakeshore Records. 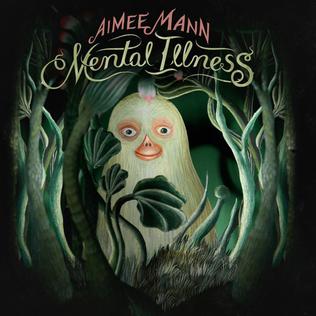 Mental Illness is the ninth studio album by singer-songwriter Aimee Mann. It was released on March 31, 2017, by SuperEgo Records. Mann described it as her "saddest, slowest and most acoustic" album. The album won the 2018 Grammy Award for Best Folk Album. 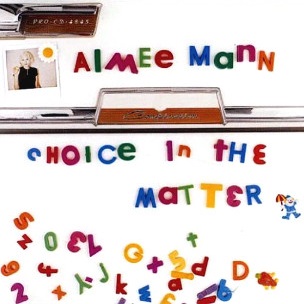 "Choice in the Matter" is a song by American singer-songwriter Aimee Mann, which was released in 1996 as the second single from her second studio album I'm with Stupid. The song was written by Mann and Jon Brion, and produced by Brion.

"I Should've Known" is a song by American singer-songwriter Aimee Mann, which was released in 1993 as the lead single from her debut studio album Whatever. The song was written by Mann and produced by Jon Brion. "I Should've Known" reached No. 55 in the UK Singles Chart and No. 16 in the US Billboard Modern Rock Tracks chart. In 1994, the single was reissued in the UK and Europe, and peaked at No. 45 in the UK Singles Chart.