The movie starts in Baramulla in Jammu and Kashmir, with a woman photographer who is running away from a terror attack. She is able to get to an Indian Army camp and shows the army men the photos of one of the men leading the attack. The scene then shifts to Bangalore, where the militant arrives dressed in Hindu clothes and meets his Muslim parents. He is then attacked by them and is taken away to a hospital to treat his injuries, while his parents are arrested and jailed.

The CBI chief visits them, who reveal that they could not bear to have a terrorist, who killed innocent people as their son, and that is why they attacked him. The CBI team then reaches the hospital where they find out the terrorist has escaped. In a slum in Bangalore a man named Guru, who looks like the terrorist lives with his family, which consists of his parents, sister and grandmother. He is arrested when the police mistake him for the terrorist, being released soon after. He is however repeatedly arrested because of the actions of the terrorist, i.e Guru's look-alike. It soon becomes clear however that Guru and the terrorist are one and the same.

He then kidnaps the daughter of the Defence minister who is his love interest, demanding the release of an imprisoned militant named Imtiyaz in exchange for her. He does this with the help of a man from his slum. He then cleverly convinces the police and the CBI that he and the terrorist are separate people. He then has his associate rig a projector at the drop zone to show a recording of Guru as the terrorist and when the imprisoned militant Imtiyaz is released, a bomb explodes, destroying the projector. Guru goes after the jeep in which Imtiaz and his associate are in the excuse of catching it. As soon as his associate and Imtiyaz jump out, he drives the jeep towards a petrol pump. Guru jumps out just as the jeep hits the pump, causing a big explosion. The police seeing the pre arranged bodies in the jeep think both terrorists are dead. Elsewhere, Guru shaves off the hair of the imprisoned terrorist. A swastika and some writings are revealed to be tattooed to his head. He writes it down, and then pours a liquid on the tattoos to remove it and lets him go. He then goes to the CBI chief.

It is revealed that this was the plan of Guru and the CBI chief. By staging the attack in Baramulla, the woman photographer, who was actually a CBI agent would ensure that the establishment think he was a big time terrorist. This would be reinforced when his pretend parents the aged Muslim couple, also agents would stab and non-fatally injure him, claiming not being able to bear to have a terrorist son. And by kidnapping the defence minister's daughter, he would be able to get the imprisoned militant. It is shown that the tattoos on the militant's head was the location of a cache of arms and explosives. Guru would place fake bombs in their place, thus convincing the terrorist groups that he was their ally. Then they would not attack thinking Guru had done their job for them or they would join hands with him to get the explosives and make a new ally.

While Guru is placing the fake bombs given to him by the CBI chief at Mysore palace, he is confronted by his love interest, the daughter of the defence minister, at gunpoint. Even when he tells the whole truth, she does not believe him. So, Guru detonates a fake bomb, planning to convince her of the truth. However it really explodes and kills her, thus revealing it was a real bomb. Even though he is devastated by his actions, he regains his composure and escapes to his home where he tells his parents everything. However they attack and try to kill him. He escapes from there also and he goes to a secluded place. The CBI chief finds him and shoots Guru in both legs. He reveals to Guru that he is the son of an Officer of the Indian Army, who along with his wife were killed by terrorists in Jammu and Kashmir. The people who he thought were his parents are revealed to be terrorists of Pakistani descent, who raised him along with their daughter. The CBI chief, who has connections with terror groups, plans an attack along with Guru's fake parents.

He escapes with the help his neighbour Pinky, who takes him to her house to help remove the bullets from his legs and bind his wounds. Angered by being betrayed by the people who he thought were his own, he places explosives on himself and goes to the Mysore palace, where he defuses some of the bombs he placed. However he is unable to prevent the explosions of the other bombs, which kill his adopted sister along with several people. The terrorist couple, who are devastated by the death of their daughter, and the CBI chief are berated by Guru, for killing innocent people in the name of country and religion. Guru's fake father kills the CBI chief when he orders one of his subordinates to kill Guru. He along with his wife and mother admit their mistakes and surrender to the police, revealing to the police that Guru is innocent. The films ends with Guru being released and a voiceover stating that we must overcome prejudices connected with country, religion, etc and live together equally.

V. Manohar composed the background score for the film and the soundtracks, with lyrics for the soundtracks penned by Manohar, Upendra and Venkatesh Prasad. The album consists of five soundtracks. [3]

John T. Clark is a fictional character created by Tom Clancy. Clark is Clancy’s second most famous character after Jack Ryan. He has been featured in many of his Ryanverse novels. Although he first appeared in The Cardinal of the Kremlin (1987), his origin story was detailed in Without Remorse (1993).

Jemaah Islamiyah is a Southeast Asian militant extremist Islamist terrorist group which is dedicated to the establishment of an Islamic state in Southeast Asia. On 25 October 2002, immediately following the JI-perpetrated Bali bombing, JI was added to the UN Security Council Resolution 1267 as a terrorist group linked to Al-Qaeda or the Taliban. 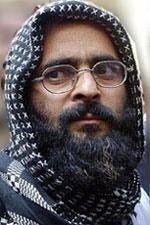 Mohammad Afzal Guru was a Kashmiri separatist, who was convicted for his role in the 2001 Indian Parliament attack. He received a death sentence for his involvement, which was upheld by the Indian Supreme Court. Following the rejection of a mercy petition by the President of India, he was executed on 9 February 2013. His body was buried within the precincts of Delhi's Tihar Jail. Amnesty International has questioned his sentence stating that he did not receive adequate legal representation and that his execution was carried out in secrecy. 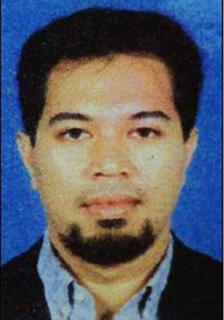 Noordin Mohammad Top was a Malaysian Muslim extremist, also referred to as 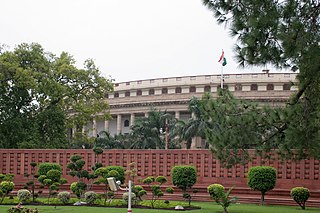 The 2001 Indian Parliament attack was a Militants attack on the Parliament of India in New Delhi, India on 13 December 2001. The perpetrators belonged to Lashkar-e-Taiba (LeT) and Jaish-e-Mohammed (JeM) - two Pakistan-raised terrorist organizations. The attack led to the deaths of six Delhi Police personnel, two Parliament Security Service personnel, and a gardener – in total 9 – and led to increased tensions between India and Pakistan, resulting in the 2001–02 India–Pakistan standoff. The 5 terrorists were killed outside the parliament. 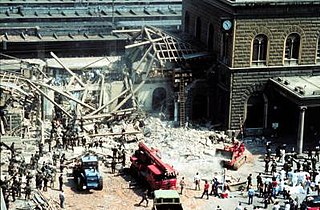 The Years of Lead is a term used for a period of social and political turmoil in Italy that lasted from the late 1960s until the late 1980s, marked by a wave of both far-left and far-right incidents of political terrorism.

Bilal Talal Samad Abdullah was one of two terrorists behind the 2007 UK terrorist incidents. He is currently serving a life sentence with a minimum of 32 years.

The assassination of Rajiv Gandhi, former Prime Minister of India, occurred as a result of a suicide bombing in Sriperumbudur, Chennai, in Tamil Nadu, India on 21 May 1991. At least 14 others, in addition to Rajiv Gandhi, were killed. It was carried out by Thenmozhi Rajaratnam, a member of the Sri Lankan separatist organization Liberation Tigers of Tamil Eelam (LTTE). At the time, India had just ended its involvement, through the Indian Peace Keeping Force, in the Sri Lankan Civil War. Subsequent accusations of conspiracy have been addressed by two commissions of inquiry and have brought down at least one national government.

The Chattisinghpora, Pathribal, and Barakpora massacres refer to a series of three closely related incidents that took place in the Anantnag district of Jammu and Kashmir between 20 March 2000 and 3 April 2000 that left up to 49 Kashmiri civilians dead. 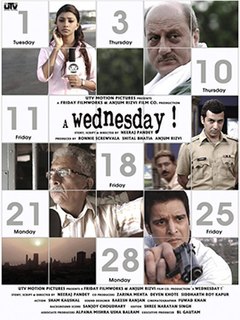 A Wednesday! is a 2008 Indian Hindi-language thriller film written and directed by Neeraj Pandey. It stars Naseeruddin Shah and Anupam Kher. Set between 2 pm and 6 pm on a Wednesday, the film depicts an about-to-retire police commissioner narrating a sequence of events that unfolded on a particular Wednesday. There does not exist any written record. The awareness of the incident exists only in his mind and in those of several individuals who were involved, willingly and unwillingly, and how those events affected the lives of all the concerned people. It inspired the Tamil and Telugu simultaneously made films Unnaipol Oruvan and Eeenadu, and the Sri Lankan English film A Common Man (2013).

The Tapuah Junction stabbing is a terrorist attack that took place on 10 February 2010 in the West Bank when Palestinian Authority police officer Muhammad Hatib stabbed Druze Israeli soldier Ihab Khatib to death as the latter was sitting in a jeep at a traffic light.

The Ishrat Jahan case is an ongoing case where officers of the Ahmedabad Police Crime Branch and members of the Subsidiary Intelligence Bureau (SIB) of Ahmedabad are accused of shooting dead four people on 15 June 2004 encounter killing. 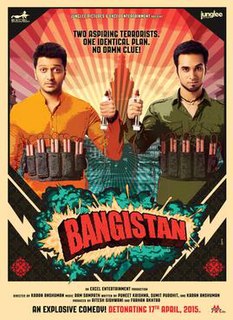 Bangistan is a 2015 Bollywood black comedy satire film directed by Karan Anshuman and produced by Farhan Akhtar and Ritesh Sidhwani starring Riteish Deshmukh, Pulkit Samrat in lead roles while Arya Babbar, Tomasz Karolak and Chandan Roy Sanyal in supporting roles. Jacqueline Fernandez appeared in a cameo. The film was scheduled to release on 31 July 2015 but got delayed to 7 August 2015. The Trailer of the film was released on 11 June. The film was released on 7 August to mixed reviews from critics. Mike McCahill gave it three stars in The Guardian. Bangistan was released on 700 screens in India.

Chaudhary Aslam was a Pakistani police officer known for his tough actions against criminals. From 2005-2014 Chaudhry Aslam arrested terrorists, gangwar-criminals, target killers and extortionists belonging to TTP, BLA, MQM, ANP, TMP, LJ, LeT and SSP. On 9 January 2014, he was killed in a bomb blast carried out by Tehrik-i-Taliban Pakistan.

Darshan is a 2004 Kannada suspense thriller film starring Darshan and Navaneeth in leading roles, along with a supporting cast of Srujan Lokesh, Srinath, and Chithra Shenoy.

There have been several attacks on Indian Armed Forces by militants in 2016.

The Amshipora murders, or the Amshipora fake encounter, or the Shopian fake encounter, refers to the killing of three Kashmiri laborers, one of whom was a minor, by Indian military personnel of the Rashtriya Rifles in the village of Amshipora, in the district of Shopian, in Jammu and Kashmir, on 18 July 2020. The Indian Army initially claimed that the three victims were foreign terrorists who had been killed in an encounter with security forces after they opened fire on a security team. Preliminary investigations by the Indian Army in a Court of Inquiry, as well as by the Jammu and Kashmir Police, alleged that Army personnel, aided by civilian informants, had staged the encounter and killed three labourers who were working for daily wages in local orchards, allegedly to claim a cash bounty of ₹20 lakh (US$28,000), which is granted by the Indian Army as a reward for killing militants. The Indian Army is currently conducting a court-martial proceeding against Army Captain Bhoopendra Singh of the Rashtriya Rifles, as well as a unnamed non-commissioned officer, while proceedings are ongoing against two civilian informants in local courts in Kashmir.