The Casuals were a British pop group from Lincoln, Lincolnshire, England. They are best known for their 1968 No. 2 UK hit, "Jesamine". [1]

Originally formed in 1960 by John Tebb (piano and vocals) and Howard Newcombe (guitar), they added Don Fortune (drums) and Zenon Kowalski (bass), and became The Casuals in 1961. After turning professional, they moved to Italy and recorded a number of covers of well-known UK material. [2] Fortune and Kowalski left, and were followed by a series of replacements, culminating in Mick Bray (drums) and Ian Good (bass), from other well-known Lincoln groups, The Avengers and The Sultans. [3]

In 1965 they won the TV talent show Opportunity Knocks three times, leading to a recording contract with Fontana Records who issued their debut single "If You Walk Out", which was unsuccessful. [2] In 1966, Alan "Plug" Taylor (bass) joined, and the band moved to Italy, where they signed with CBS in Milan to record Italian language covers of British hit singles. [4] These included a No. 1 Italian single covering the Bee Gees' "Massachusetts". [3] Good left in mid 1967, and was not replaced, but when Bray left later that year, Bob O'Brien joined on drums (ex-Glasgow group The Riot Squad).

In 1968, whilst still in Italy, The Casuals switched to Decca Records, who released the single "Jesamine" in May, [2] which – following extensive airplay on BBC Radio One – eventually charted, so the band came back from Italy to promote the record, which reached No. 2 on the UK Singles Chart late in 1968. [4] "Jesamine" was a cover version of The Bystanders' "When Jesamine Goes" issued in February 1968, [2] and was co-written by Marty Wilde and Ronnie Scott (the Bystanders' manager, not the famous jazz musician), under the pseudonym Frere Manston and Jack Gellar. [3] The follow-up single, "Toy" (written by Chris Andrews) also made the Top 40, peaking at No. 30. [1] They were also successful in Germany, where "Jesamine" hit No. 9, and "Toy" went to No. 27, but their first and only album, Hour World, was issued too late to capitalise on these successful singles. [2] Chris Evans stood in for Newcombe when he was ill, and when Taylor and O'Brien left in 1970, Evans became a permanent member, along with Lloyd Courtney. None of the following four singles managed to chart, and the group was dropped by Decca in 1971. [4]

They signed to Parlophone in 1972 and released "Tara Tiger Girl", but the single went nowhere, nor did a single "American Jam" for which the band was renamed 'American Jam Band', although, as both singles had the same B-side, the link was obvious. They left Parlophone for Dawn Records in 1974, but after their final single, "Good Times", flopped, they disbanded in 1976. [3]

Paul Weller has repeatedly referred to "Jesamine" as being one of his all-time favourite singles – including it on an 8 February 1998 BBC Radio One edition of All Back to Mine, [5] where Weller played and discussed some of his record collection, and on a 2003 compilation of his favourite songs, Under the Influence. [6]

The Casuals version of "Jesamine" appears on a number of compilation albums [8] including:- 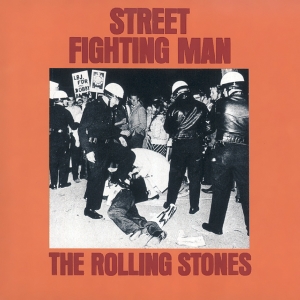 "Street Fighting Man" is a song by English rock band the Rolling Stones featured on their 1968 album Beggars Banquet. Called the band's "most political song", Rolling Stone ranked the song number 301 on its list of the 500 Greatest Songs of All Time. 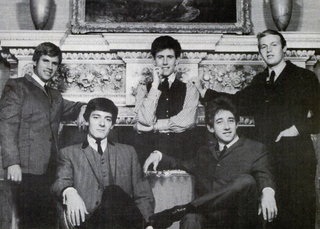 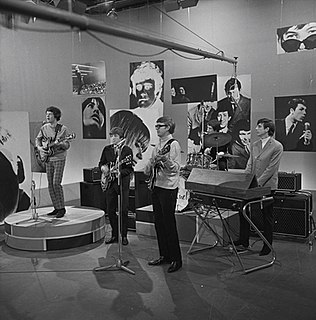 The Fortunes are an English harmony beat group. Formed in Birmingham, the Fortunes first came to prominence and international acclaim in 1965, when "You've Got Your Troubles" broke into the US and UK Top 10s. Afterwards, they had a succession of hits including "Here It Comes Again" and "Here Comes That Rainy Day Feeling Again"; continuing into the 1970s with more globally successful releases such as "Storm in a Teacup" and "Freedom Come, Freedom Go". 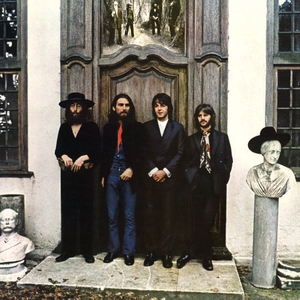 Hey Jude is a 1970 collection of non-album singles and B-sides by the Beatles. It included "I Should Have Known Better" and "Can't Buy Me Love", two singles released by Capitol Records whose only previous American album appearance had been on the A Hard Day's Night soundtrack album, which had been released by United Artists Records. The Hey Jude LP has been out of print since the late 1980s, although it remained available on cassette during the 1990s. The album was issued on CD for the first time in 2014, as an individual release and in a box set titled The U.S. Albums. 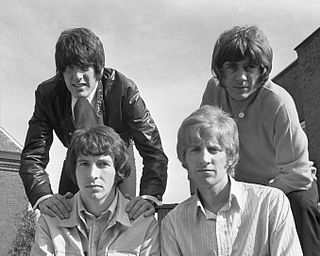 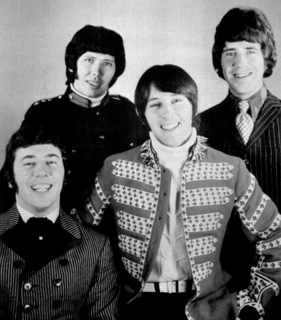 The Wild Cherries was an Australian rock group, which started in late 1964 playing R&B/jazz and became "the most relentlessly experimental psychedelic band on the Melbourne discotheque / dance scene" according to commentator, Glenn A. Baker.

The Vernons Girls were an English musical ensemble of female vocalists. They were formed at the Vernons football pools company in the 1950s in Liverpool, settling down to a sixteen strong choir and recording an album of standards. 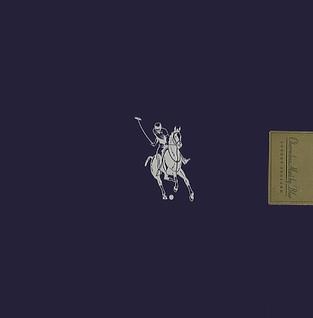 "Charmless Man" is a song by English alternative rock band Blur and is the fourth track on their fourth studio album, The Great Escape. It was released on 29 April 1996 as the fourth and final single from that album, reaching number five on the UK Singles Chart and also charting in Australia, France, Iceland, and Ireland.

Orange Bicycle was an English psychedelic pop band, which existed between 1967 and 1971. The band played a style influenced by The Beach Boys, The Beatles, The Rolling Stones and the hippie counter culture. Previously, they acted as support, and backing band for the duo Paul and Barry Ryan as well as completing sessions for other vocalists, recording over 100 BBC Radio One sessions and appearing on UK TV.

Tinkerbells Fairydust was a British pop group in the late 1960s, who hailed from east London. They recorded three singles and one album for the Decca label.

Cupid's Inspiration are a British pop group, active with various line up changes since 1968 when they had two hit singles. The band are currently on the road with original drummer Roger Gray re-joining the veteran line up of Paul Shanahan and Bob Poole with Paul Thomas on vocals.

The Paramounts were an English beat group, based in Southend-on-Sea, Essex. They had one hit single with their cover version of "Poison Ivy", which reached No. 35 on the UK Singles Chart in 1964, but are primarily known as the forerunner to Procol Harum.

The Gass was a rock band formed in May 1965 by Robert Tench, Godfrey McLean, and Errol McLean. They were managed by Rik Gunnell and Active Management. The band fused melodies with soul, Latin influences, blues and progressive rock often employing complex rhythms with an eclectic mix of other influences.

Locomotive were a British band in the 1960s, from Birmingham. Their musical styles ranged from jazz to psychedelic rock and ska, and their original line-up featured Chris Wood, later of Traffic, and drummer Mike Kellie of Spooky Tooth. They had a minor UK hit in 1968 with "Rudi's In Love", before turning to progressive rock with their only album, We Are Everything You See, released in 1970.

Shirley Bagnall and Johnny Wheeler were an English pop duo of the 1960s and 1970s from High Wycombe. They were signed by Parlophone and their debut single, "I Don't Want To Know" (1964) reached number 47 in the Melody Maker chart. They appeared on Rediffusion's Ollie & Fred's Five O’Clock Club in June 1965. plus many other television and radio shows. During 1970, whilst working on a cruise ship RHMS Amerikanis, S&J formed a trio with Australian musician Mel James.