The Chatterley Affair is a BBC television drama, produced by BBC Wales and broadcast on BBC Four on 20 March 2006. [1] It is a semi-fictitious account of the obscenity trial surrounding the publication of D. H. Lawrence's 1928 novel Lady Chatterley's Lover in 1960. [2] Written by Andrew Davies and directed by James Hawes, it draws heavily, and accurately, on the court reporter's notes (published by Penguin as The Trial of Lady Chatterley) for scenes that take place within the courtroom but also presents entirely fictitious scenes involving the deliberations of jury members. These were, like all jury deliberations under English law, unmonitored when they took place.

The Chatterley Affair stars Louise Delamere and Rafe Spall as two fictional jurors who become lovers during the course of the trial; their brief relationship taking, and reflecting aspects of, the novel's own narrative and themes. The script chooses to invert the novel's central conceit by showing a relationship between a worldly woman and a naive man, rather than the other way around.

Nancy Banks-Smith of The Guardian gave the film a positive review. [3]

Marilyn Davies, known as Mandy Rice-Davies, was a Welsh-born model and showgirl best known for her association with Christine Keeler and her role in the Profumo affair, which discredited the Conservative government of British Prime Minister Harold Macmillan in 1963.

Lady Chatterley's Lover is a novel by English author D. H. Lawrence, first published privately in 1928 in Italy and in 1929 in France. An unexpurgated edition was not published openly in the United Kingdom until 1960, when it was the subject of a watershed obscenity trial against the publisher Penguin Books. Penguin won the case and quickly sold three million copies. The book was also banned for obscenity in the United States, Canada, Australia, India, and Japan. The book soon became notorious for its story of the physical relationship between a working-class man and an upper-class woman, its explicit descriptions of sex, and its use of then-unprintable four-letter words.

Transgressive fiction is a genre of literature which focuses on characters who feel confined by the norms and expectations of society and who break free of those confines in unusual or illicit ways.

Jacquetta May is a British writer, actress and theatre director. She co-founded the award-winning new-writing theatre company Plain Clothes Productions, commissioning, producing and directing for the company. She directed Her Sister Tongue at Lyric Theatre in Hammersmith, London, in 1997. 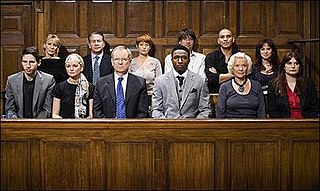 The Verdict is a 2007 BBC television programme produced by RDF Media in which twelve celebrities form the jury in the trial of a fictional rape case. The programme was filmed with real legal and medical professionals, but with actors playing the victim, defendants, and witnesses. The jury considered their verdict in front of cameras. 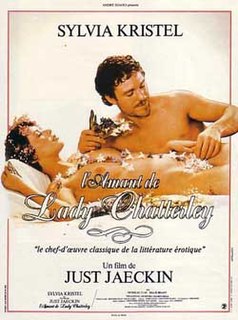 Lady Chatterley's Lover is a 1981 drama romance film directed by Just Jaeckin, and starring Sylvia Kristel and Nicholas Clay. It is an adaptation of D. H. Lawrence's 1928 novel of the same name.

John Thomas and Lady Jane is a novel written by D. H. Lawrence, and published in 1927. 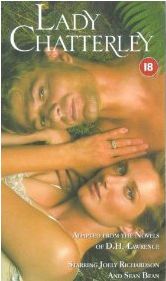 Lady Chatterley is a 1993 BBC television serial starring Sean Bean and Joely Richardson. It is an adaptation of D. H. Lawrence's 1928 novel Lady Chatterley's Lover, first broadcast on BBC1 in four 55-minute episodes between 6 and 27 June 1993. A young woman's husband returns wounded after the First World War. Facing a life with a husband now incapable of sexual activity she begins an affair with the groundskeeper. The film reflects Lawrence's focus not only on casting away sexual taboos, but also the examination of the British class system.

John Mervyn Guthrie Griffith-Jones was a British judge and former barrister. He led the prosecution of Penguin Books in the obscenity trial in 1960 following the publication of D. H. Lawrence's Lady Chatterley's Lover. His much quoted remark in his opening statement as to whether the novel was something "you would even wish your wife or servants to read" is often cited as representing the extent to which the British establishment had fallen out of touch with popular opinion at the time. He failed to convince the jury at the Chatterley trial, and the publishers were acquitted. 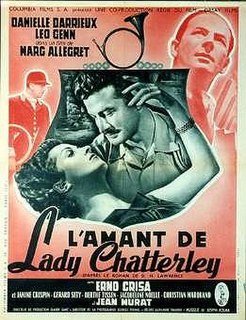 Lady Chatterley's Lover is a 1955 French drama film directed by Marc Allégret who co-wrote screenplay with Philippe de Rothschild and Gaston Bonheur, based on the 1928 novel by D. H. Lawrence. In 1955, the film was banned in New York because it "promoted adultery", but it was released in 1959 after the U.S. Supreme Court reversed a lower court's decision. 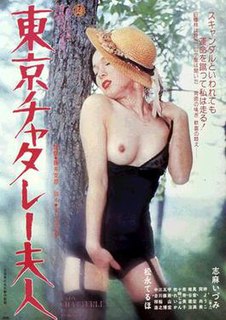 Sarapancharam is a 1979 Indian Malayalam-language drama film written and directed by Hariharan from a story by Malayattoor Ramakrishnan. It stars Jayan, Sheela, and Sathaar, with P. K. Abraham and Oduvil Unnikrishnan in supporting roles. Jayan played the main villain in the film. It was also one of the first notable films of Oduvil Unnikrishnan. It was a breakthrough film in Jayan's career. 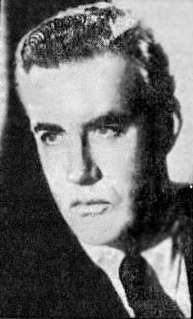 Walter Baxter was an English novelist, best known for writing two controversial novels. His first novel received very positive reviews. He was prosecuted on obscenity charges after the publication of his second novel, but was acquitted after two trials. He was also a successful restaurateur.

R v Penguin Books Ltd was the public prosecution in the United Kingdom of Penguin Books under the Obscene Publications Act 1959 for the publication of D. H. Lawrence's 1928 novel Lady Chatterley's Lover. The trial took place over six days, in No 1 court of the Old Bailey, between 20 October and 2 November 1960 with Mervyn Griffith-Jones prosecuting, Gerald Gardiner counsel for the defence and Laurence Byrne presiding. The trial was a test case of the defence of public good provision under section 4 of the Act which was defined as a work "in the interests of science, literature, art or learning, or of other objects of general concern".

R v Coulson, Brooks and others was a trial at the Old Bailey in London, England, arising from the News International phone hacking scandal. 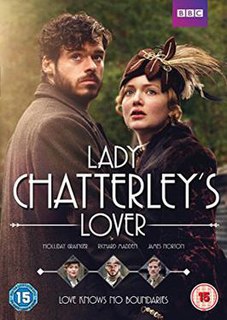 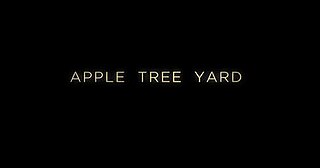 Apple Tree Yard is a British television thriller, adapted from the 2013 novel of the same name by Louise Doughty. The four-part series was commissioned in 2016 and the first episode had its premiere on BBC One on 22 January 2017. Emily Watson stars as the novel's original lead, Dr Yvonne Carmichael, with Ben Chaplin portraying the role of her lover, Mark Costley. Apple Tree Yard follows the story of Carmichael, a conflicted, moderately unhappily-married fifty-something scientist, who begins a covert yet flagrant affair with Costley whilst completely unaware of his background.