Known for playing urbane, authoritarian figures, Torrens portrayed courtier Tommy Lascelles in the Netflix drama The Crown , aristocrat Lord Massen in the HBO Max series The Nevers and held leading roles in Poldark and Versailles . His film appearances include The Danish Girl , The Iron Lady , War Horse and Star Wars: The Force Awakens . In 2017, he joined the main cast of AMC's Preacher , portraying the antagonist Herr Starr. He also provided his voice to Lofty Thaddeus Worthington in the 2005 film Valiant .

Torrens's television appearances include Consenting Adults , two episodes of Jeeves and Wooster , two episodes of Doctor Who ("Human Nature"/"The Family of Blood"), [2] The Brittas Empire , Green Wing , Silk , The Government Inspector (as John Scarlett), The Last Detective and DI Spencer for a few episodes in The Bill in 2001. He has also appeared in a 2008 series of British television advertisements for First Direct, with Matthew King. He appeared also in 1992 episode of Maigret with Michael Gambon.

In 2011, Torrens appeared in both episodes of an Outnumbered two-part special. In 2012 he appeared in the first episode of series 8 of Hustle as Heinz Zimmermann and also presented new gameshow The Devil's Dinner Party . Torrens briefly appeared in an episode of Death in Paradise in 2013, as a museum guide. His film appearances include Tomorrow Never Dies as the captain of HMS Bedford, the 2001 film To End All Wars and voicework for Valiant .

In 2013, Torrens appeared in "The Waldo Moment", an episode of the anthology series Black Mirror . In November 2014, Torrens played the part of Richard Grenville in the BBC Radio 4 drama The Archers . In 2017 he began a starring role on American television series Preacher , on which he appeared in 33 episodes. 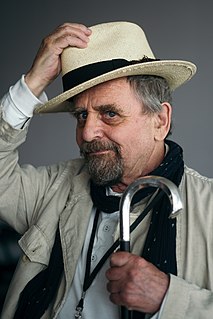 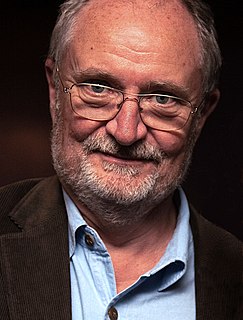 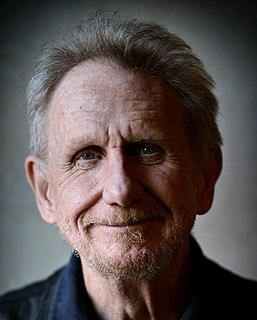 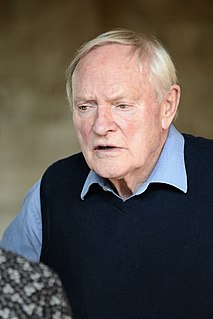 Julian Wyatt Glover is an English classical actor with many stage, television and film roles since commencing his career in the 1950s. He is a recipient of the Laurence Olivier Award and has performed many times for the Royal Shakespeare Company.

Richard Schiff is an American actor and director. He is best known for playing Toby Ziegler on The West Wing, a role for which he received an Emmy Award. Schiff made his directorial debut with The West Wing, directing an episode titled "Talking Points". He is on the National Advisory Board of the Council for a Livable World. He had a recurring role on the HBO series Ballers. Since September 2017 he has had a leading role in ABC's medical drama The Good Doctor, as Dr. Aaron Glassman, president of a fictional teaching hospital in San Jose, California.

Michael James, known professionally as Michael Jayston, is an English actor. He played Nicholas II of Russia in the film Nicholas and Alexandra (1971). He has also made many television appearances, which have included playing the Valeyard in all fourteen episodes of the Doctor Who serial The Trial of a Time Lord (1986) and appearing in the Only Fools and Horses episode Time on Our Hands (1996) as Raquel's father, James. 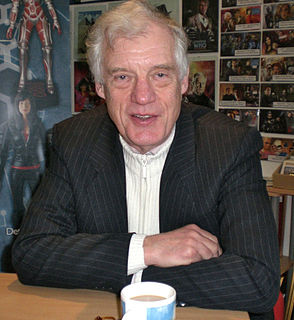 Richard Kimber Franklin is an English actor, writer, director and political activist. Principally a stage actor, he has also appeared as a regular character in several high-profile British television programmes, including Crossroads and Emmerdale Farm, and he portrayed Captain Mike Yates of UNIT in Doctor Who from 1971 until 1974, returning to the role on a number of occasions both on television and in Doctor Who spin-off media.

George Layton is an English actor, director, screenwriter and author best known for three television roles – junior doctor Paul Collier in the comedy series Doctor in the House and its sequels Doctor at Large, Doctor in Chargeand Doctor at the Top, that of Bombardier 'Solly' Solomons in the first two series of It Ain't Half Hot Mum, and as Des the mechanic in early episodes of Minder. He also appeared in two episodes of The Sweeney and played Norman Simmonds in EastEnders. 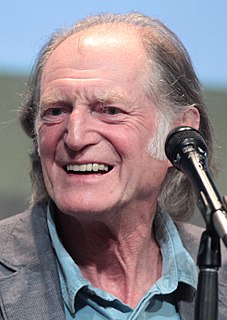 David John Bradley is an English actor. He is known for playing Argus Filch in the Harry Potter film series, Walder Frey in the HBO fantasy series Game of Thrones, Abraham Setrakian in the FX horror series The Strain, and Merlin in Guillermo del Toro’s animated Netflix series Tales of Arcadia He is also an established stage actor, with a career that includes a Laurence Olivier Award for his role in a production of King Lear. Other acting credits include the BBC Two series Our Friends in the North, the ITV series Broadchurch, the BBC One miniseries Les Misérables, the comedy series After Life and the films Hot Fuzz, The World's End and Captain America: The First Avenger. 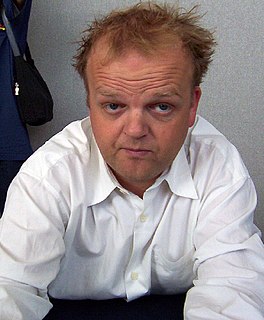 Paul Blackthorne is an English actor. Although born in Shropshire, England, he spent his early childhood on British military bases in England and Germany. 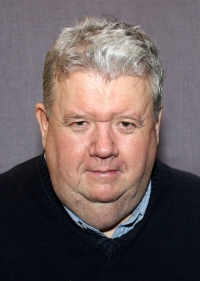 Ian McNeice is an English actor. He found fame portraying government agent Harcourt in the 1985 television series Edge of Darkness, and went on to feature in popular films such as The Englishman Who Went Up a Hill But Came Down a Mountain, Ace Ventura: When Nature Calls and Frank Herbert's Dune.

Christopher Neame is an English actor now living in the United States.

Hugh Anthony Quarshie is a Ghanaian-born British actor. Some of his best-known roles include his appearances in the films Highlander (1986), The Church (1989), Star Wars: Episode I – The Phantom Menace (1999), and the Doctor Who episodes "Daleks in Manhattan" and "Evolution of the Daleks" (2007) as well as his long-running role as Ric Griffin in the BBC medical drama Holby City (2001–2020). Quarshie played the role of Ric for 19 years and was the longest-serving cast member in Holby City, until he confirmed his departure in October 2020. The character departed in Episode 1034 of Series 22, which aired on 10 November 2020.

Donald Sumpter is an English actor who has appeared in film and television since the mid-1960s.

Jason Watkins is an English stage, film and television actor. He played the lead role in the two-part drama The Lost Honour of Christopher Jefferies, for which he won the BAFTA TV Award for Best Actor. He has also played William Herrick in Being Human, Gavin Strong in Trollied, Simon Harwood in W1A, Gordon Shakespeare in the film series Nativity and British Prime Minister Harold Wilson in Season 3 of The Crown.