Rogue Trader is a 1999 British biographical drama film written and directed by James Dearden and starring Ewan McGregor and Anna Friel. The film centers on the life of former derivatives broker Nick Leeson and the 1995 collapse of Barings Bank. It was based on Leeson's 1996 book Rogue Trader: How I Brought Down Barings Bank and Shook the Financial World .

Rogue Trader tells the true story of Nick Leeson, a young employee of Barings Bank who after a successful spell working for the firm's office in Indonesia is sent to Singapore as General Manager of the Trading Floor on the SIMEX exchange. The movie follows Leeson's rise as he soon becomes one of Barings' key traders. However, everything isn't as it appears — through the 88888 error account, Nick is hiding huge losses as he gambles away Barings' money with little more than the bat of an eyelid from the powers-that-be back in London.

Eventually the losses mount up to well over £800 million and Nick, along with his wife Lisa, decide to leave Singapore and escape to Malaysia. Nick doesn't realise the severity of his losses until he reads in the newspaper that Barings has gone bankrupt. They then decide to return to London but Nick is arrested en route in Frankfurt. Nick is extradited to Singapore where he is sentenced to six and a half years in jail and is diagnosed with colon cancer. Because of this, he did not complete his sentence.

During a bar scene, the Blur song Song 2 is heard playing. This is an anachronism as the song was not released until three years after the scene was set.

Rogue Trader was poorly received by critics, and the film holds a 30% rating on Rotten Tomatoes based on 23 reviews. 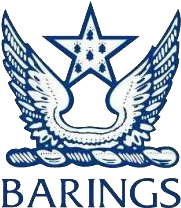 Barings Bank was a British merchant bank based in London, and the world's second-oldest merchant bank after Berenberg Bank, Baring's close collaborator and German representative. It was founded in 1762 by Francis Baring, a British-born member of the German-British Baring family of merchants and bankers.

Nicholas William Leeson is an English former derivatives trader notorious for bankrupting Barings Bank, the United Kingdom's oldest merchant bank. He was a rogue trader who made fraudulent, unauthorized and speculative trades, and his actions led directly to the 1995 collapse of the bank, for which he was sentenced to prison. 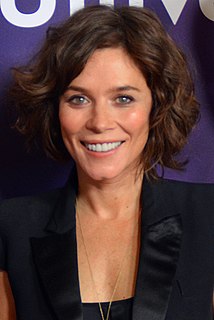 Rogue Trader: How I Brought Down Barings Bank and Shook the Financial World is a book by Nick Leeson, who served four years in prison for fraud after bankrupting the London-based Barings Bank in 1995 by hiding $1.4 billion in debt he accumulated as a derivatives trader in Singapore. The book was released on February 19, 1996 by Little, Brown & Company.

Being Human is a 1994 comedy-drama film written and directed by Bill Forsyth and starring Robin Williams, John Turturro, Bill Nighy, Vincent D'Onofrio, Robert Carlyle, Theresa Russell and Ewan McGregor in his feature-film debut. An international co-production of the United Kingdom and Japan, the film portrays the experience of a single human soul, portrayed by Williams, through various incarnations. Williams is the only common actor throughout the stories that span man's history on Earth. 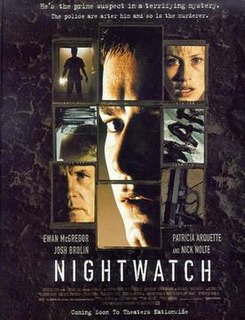 Nightwatch is a 1997 American horror thriller film directed by Ole Bornedal and starring Ewan McGregor, Patricia Arquette, Josh Brolin and Nick Nolte. It was written by Bornedal and Steven Soderbergh. It is a remake of the Danish film Nattevagten (1994), which was also directed by Bornedal.

A rogue trader is person who makes financial trades in an unauthorised manner. 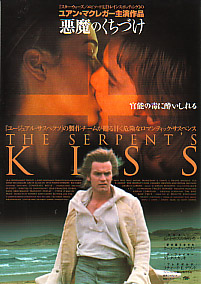 The Serpent's Kiss is a 1997 British romantic drama film directed by Philippe Rousselot. Set in late-17th-century England, it tells the story of a Dutch garden architect, Meneer Chrome, who has been hired by a wealthy merchant to create an extravagant garden. The film also stars Greta Scacchi and Richard E. Grant.

Scenes of a Sexual Nature is a 2006 British comedy-drama film directed by Ed Blum and starring Ewan McGregor. The film is mostly based on a series of seven loosely related stories of couples on Hampstead Heath in north London, featuring an ensemble cast. The scenes appear out of sequence and jump back and forth between one story and another.

Lawrence Ang Boon Kong is a Singaporean lawyer who was Director of the Commercial Affairs Department from 1991 to 1999. He replaced Glenn Knight after the latter came under investigation by the Corrupt Practices Investigation Bureau. He stepped down in October 1999 when the CAD was merged with the Commercial Crimes Division of the Singapore Police Force. 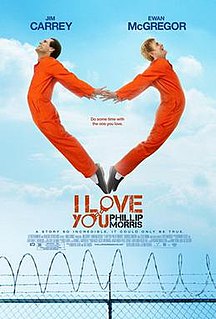 I Love You Phillip Morris is a 2009 biographical black comedy drama film based on a 1980s and 1990s real-life story of con artist, impostor and multiple prison escapee Steven Jay Russell, as played by Jim Carrey. While incarcerated, Russell falls in love with his fellow inmate, Phillip Morris. After Morris is released from prison, Russell escapes from prison four times to be reunited with Morris. The film was adapted from the 2003 book I Love You Phillip Morris: A True Story of Life, Love, and Prison Breaks by Steve McVicker. The film is the directorial debut of John Requa and Glenn Ficarra. It grossed $20 million worldwide and received generally positive reviews from critics. 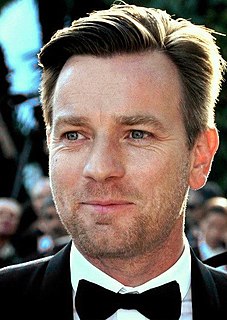 Ewan Gordon McGregor is a Scottish actor who has starred in various film and musical roles. His first professional role was in 1993, as a leading role in the British Channel 4 series Lipstick on Your Collar. He has also portrayed heroin addict Mark Renton in the drama films Trainspotting (1996) and T2 Trainspotting (2017), Obi-Wan Kenobi in the Star Wars prequel trilogy (1999–2005), poet Christian in the musical film Moulin Rouge! (2001), young Edward Bloom in Big Fish (2003), Rodney Copperbottom in Robots (2005), Camerlengo Father Patrick McKenna in Angels and Demons (2009), "the ghost" in Roman Polanski's political thriller The Ghost Writer (2010), Dr. Alfred Jones in the romantic comedy-drama Salmon Fishing in the Yemen (2011), Lumière in the live-action adaptation of the musical romantic fantasy Beauty and the Beast (2017), the adult version of the titular character in the fantasy comedy-drama Christopher Robin (2018), the adult version of Dan Torrance in the horror film Doctor Sleep (2019), and Black Mask in the DC Extended Universe superhero film Birds of Prey (2020).

Inside Story Special: £830,000,000 – Nick Leeson and the Fall of the House of Barings, sometimes referred to as 25 Million Pounds, is a 1996 British television documentary by filmmaker Adam Curtis. It details the collapse of Barings Bank in the mid-1990s due to the machinations of Nick Leeson, who lost £827 million primarily by speculating on futures contracts.

The 2011 UBS rogue trader scandal caused a loss of over US$2 billion at Swiss bank UBS, as a result of unauthorized trading performed by Kweku Adoboli, a director of the bank's Global Synthetic Equities Trading team in London in early September 2011.

Kweku Adoboli is a Ghanaian investment manager and former stock trader. He was convicted of illegally trading away US$2 billion (GB£1.3 billion) as a trader for Swiss investment bank UBS. While at the bank he primarily worked on UBS' Global Synthetic Equities Trading team in London where he engaged in what would later be known as the 2011 UBS rogue trader scandal. After serving a prison sentence, he lost several appeals against the Home Office decision to deport him to Ghana.