Tom Wu (born 15 May 1972) is a Hong Kong-born British actor who grew up in Chinatown, London. He is a martial arts expert who has appeared in films such as Revolver , Shanghai Knights , Batman Begins and the Bollywood film Ra.One . [1]

At the age of ten, Wu began practising various martial arts such as Hung Gar, karate and Wing Chun, and later took up acrobatics. In 1988, he competed for Britain at China's International wu-shu (martial arts) tournament, winning two bronze medals and a gold medal. [2] He is one of the founding members of the British theatre company Yellow Earth Theatre, which was established in 1995. [3]

One of his notable roles was in The Scorpion King 2 (2008) where he played Fung, a Chinese Ming dynasty soldier rescued by Mathayus and his allies and who later assists them towards the end of the film.

He portrayed the character Hundred Eyes in the Netflix original series Marco Polo before its abrupt cancellation in late 2016.

Recently, Wu has played the role of Sir George, King Arthur's mentor in King Arthur: Legend of the Sword in 2017.

In 2018, Wu played the role of Hong Kong Inspector Daniel Tsui in the series Strangers .

in 2019 Wu returned to his villain acting roots playing a tattoo artist in the Fast & Furious spin off Hobbs & Shaw and playing the Chinese Triad leader Lord George in the British film The Gentlemen . 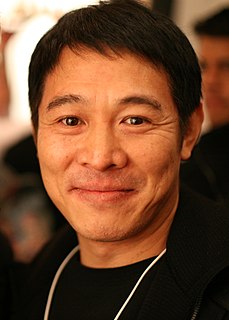 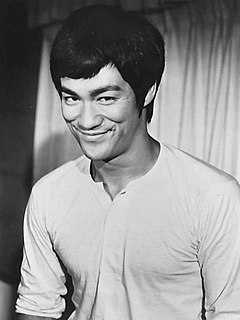 Lee Jun-fan, commonly known as Bruce Lee, was a Chinese-American martial artist, actor, director, martial arts instructor and philosopher. He was the founder of Jeet Kune Do, a hybrid martial arts philosophy drawing from different combat disciplines that is often credited with paving the way for modern mixed martial arts (MMA). Lee is considered by commentators, critics, media, and other martial artists to be the most influential martial artist of all time and a pop culture icon of the 20th century, who bridged the gap between East and West. He is credited with helping to change the way Asians were presented in American films.

Ip Man, also known as Yip Man, was a Chinese martial artist and a grandmaster of the martial art Wing Chun. He had several students who later became martial arts masters in their own right, the most famous among them being Bruce Lee. 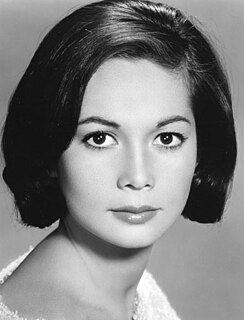 Russell Girard Wong is an American actor of film and television. He was one of the first actors of Chinese descent to hold a leading role in a primetime American television series, portraying Jian-Wa in Vanishing Son, first in a series of a made-for-television films followed by a 13-episode syndicated series. He has appeared in numerous films and series including Abel Ferrara's China Girl, New Jack City, The Joy Luck Club, Takedown, The Monkey King, Romeo Must Die, and The Mummy: Tomb of the Dragon Emperor. 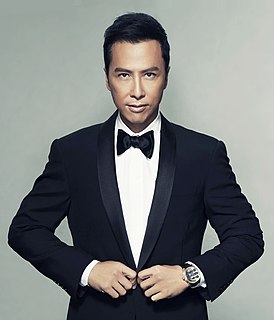 Daniel Wu Neh-Tsu is a Chinese-American actor, director and producer based in Hong Kong. He is known as a "flexible and distinctive" leading actor in the Chinese language film industry. Since his film debut in 1998, he has been featured in over 60 films. He also starred in the AMC martial arts drama series Into the Badlands.

Tsai Chin is a Chinese English actress, singer, director, teacher and author best known in America for her role as Auntie Lindo in the film The Joy Luck Club.

Tzi Ma is a Hong Kong-American actor. He is well known for his roles in television shows, such as The Man in the High Castle and 24, and films, such as Dante's Peak, Rush Hour, Rush Hour 3, Arrival, The Farewell, and Tigertail. 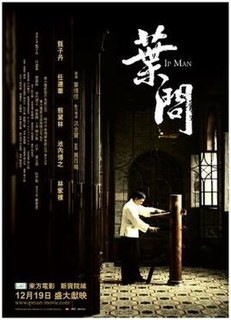 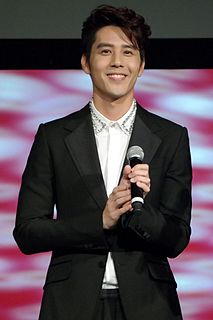 George Hu is an American-born actor and singer based in Taiwan. He speaks fluent English, Mandarin and Taiwanese Hokkien. Since 2011, he has been signed to Yang Deng-kui's management company Polyland International Entertainment.

Wu Hsing-kuo is a Taiwanese actor of the silver screen and theater, known for both his performance of complex movie roles as much as for his innovative adaptations of Western classics into traditional Peking Opera.

Ip Man 2 is a 2010 Hong Kong biographical martial arts film loosely based on the life of Ip Man, a grandmaster of the martial art Wing Chun. A sequel to the 2008 film Ip Man, Ip Man 2 was directed by Wilson Yip and stars Donnie Yen, who reprises the leading role. Continuing after the events of the earlier film, the sequel centres on Ip's movements in British Hong Kong. He attempts to propagate his discipline of Wing Chun, but faces rivalry from other practitioners, including the local master of Hung Ga martial arts.

Sze Yup Cantonese are a Han Chinese group coming from a region in Guangdong Province in China called Sze Yup (四邑), which consisted of the four county-level cities of Taishan, Kaiping, Xinhui and Enping. Now Heshan has been added to this historic region and the prefecture-level city of Jiangmen administers all five of these county-level cities, which is sometimes informally called Ng Yap. Their ancestors are said to have arrived from what is today central China about less than a thousand years ago and migrated into Guangdong around the Tang Dynasty rule period and thus Taishanese as a dialect of Yue Chinese has linguistically preserved many characteristics of Middle Chinese.

Dennis To Yu-hang is a Hong Kong martial artist and actor. He started his career as a wushu practitioner and won several awards at various competitions, including a silver medal at the 2002 Asian Games and a gold medal at the 2005 East Asian Games. He became an actor in 2007 and started by playing minor roles in Ip Man (2008), Bodyguards and Assassins (2009) and Ip Man 2 (2010). He is best known for his role as the Wing Chun grandmaster Ip Man in the 2010 film The Legend Is Born – Ip Man.

Ip Man: The Final Fight is a 2013 Hong Kong biographical martial arts film directed by Herman Yau, starring Anthony Wong, Anita Yuen, Jordan Chan, Eric Tsang and Gillian Chung. It is based on the life of the Wing Chun grandmaster Ip Man. This film has no connection to the earlier Ip Man films, such as Wilson Yip's Ip Man and Ip Man 2, and Wong Kar-wai's The Grandmaster.