The daytime insurance agent Jess Arno (Warner Baxter), moonlights as an undercover salvager at night. He sells the loot he finds to a seedy man named Tip Banning. Arno has long time suspected that Tip is in fact the leader of a gang of waterfront smugglers.

Later in the evening, down at the docks in Connie's waterfront tavern, Arno witnesses Tip meeting with Arno's beautiful companion Silky (Mary Beth Hughes), accompanied by Bill Falls (Paul Marion), third mate on a ship that is currently docked in the harbor. Arno hears Bill complain about the size of his cut, and that Silky offers to take him to the head of the organization. They leave the tavern together and Arno follows them. The party goes into a plumbing store, and when Arno steps in after them a while later, he finds Bill's cap on the floor. He is discovered by a giant of a man, the simple-minded Rhino (Mike Mazurki), who works for the smuggler gang and stops him from investigating further.

Rhino takes a liking to Arno and they go back to Connie's tavern to drink and socialize. They get along so well that Rhono invites Arno to share a room with him. Connie (Peggy Converse), the owner of the tavern, tells Tip that night that she wants money to continue keeping quiet about his shady meetings with ship mates at her place. the next day Arno finds a body floating in the bay, and recognizes it as Bill. He calls the police and is questioned by detective Whalen (Ken Christy) about his finding, but he doesn't reveal that he had witnessed Bill's meeting with Tip two nights before. Tip realises that Arno has kept his mouth shut, and as a reward he offers Arno a job in his operation. Arno accepts the offer and later in the day, after escaping from the friendly Rhino, he meets with his government contact.

Arno and the contact investigates a box from Bill's warehouse and discovers that it is empty instead of containing furs as declared. They suspect that the furs have been removed at sea and never entered the dock, but they cannot determine how the stolen cargo was then delivered to shore to be apprehended by Tip. Arno returns to Connie's in the evening and a regular at the bar, a retired old sea captain (Harry Shannon), recognizes Arno. Arno, however, does not reveal any information about who he is. Later Arno slips Rhino a drink with knockout drops, and goes to investigate the plumber's shop. There he discovers a hidden trap door that leads down to the water.

The morning after, Tip tells Arno and Rhino that they will be doing a job that night. He warns them not to leave each other's sight. Through information from his regular contact, an organ grinder (Julian Rivero), Arno sends a message to the authorities to tell about what is going down, but Connie somehow intercepts it. Rhino and Arno meet with the boss of the smuggler gang, who is revealed to be the old sea captain Arno met the night before. All the men take a row boat out to the ship and steal a shipment of furs that have been packaged together. They bring the furs by boat in on the water under the plumbing store and pass the bales up through the trap door. The police are waiting in the store to arrest the gang, since Connie has tipped them off after getting Arno's message. Later, Connie tells Arno that she had been trying to capture the murderers of her husband, the captain of a freighter. All the time she suspected that Arno was no real criminal because "he danced too well for a dock rat." [1]

Mike Mazurki was a Ukrainian-American actor and professional wrestler who appeared in more than 142 films. His 6 ft 5 in (196 cm) presence and face had him typecast as often brainless athletes, tough guys, thugs, and gangsters. His roles included Splitface in Dick Tracy (1945), Yusuf in Sinbad the Sailor (1947), and Clon in It's About Time (1966–1967). 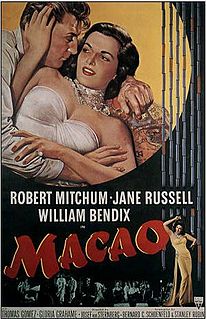 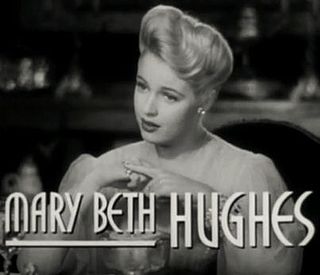 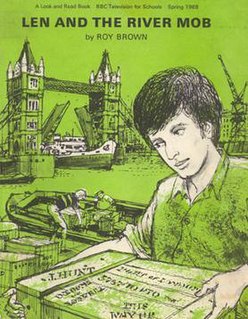 Len and the River Mob was a ten-part Look and Read serial produced by the BBC in 1968, it was written by Roy Brown.

Ironheart is a 1992 martial arts film starring Bolo Yeung, created as a showcase vehicle for Britton K. Lee. It is considered a cult classic by many Bolo Yeung fans. 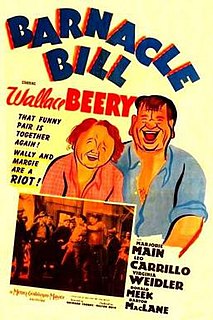 The Plunderer is a fictional character appearing in American comic books published by Marvel Comics. The character exists in Marvel's shared universe, known as the Marvel Universe. 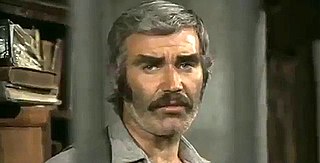 Up in Smoke is a 1957 film directed by William Beaudine and starring the comedy team of The Bowery Boys. The film was released on December 22, 1957, by Allied Artists and is the forty-seventh film in the series.

Fugitive of the Plains is a 1943 American Producers Releasing Corporation Western film of the "Billy the Kid" series directed by Sam Newfield. In April 1947 PRC re-released the film as a "streamlined" (edited) "Bronco Buckaroo" version re titled Raiders of Red Rock.

Julian Rivero was an American actor whose career spanned seven decades. He made his film debut in the 1923 silent melodrama, The Bright Shawl, which starred Richard Barthelmess, Dorothy Gish, William Powell, Mary Astor, and Edward G. Robinson. Over the next 50 years, Rivero would appear in well over 200 films and television shows.

God Forgives... I Don't! is a 1967 Spaghetti Western film directed and written by Giuseppe Colizzi. The film is the first in a trilogy, followed by Ace High and Boot Hill.