A drunken attorney tries to sober up in order to defend a friend in murder case.

D.O.A. is a 1950 American film noir directed by Rudolph Maté, starring Edmond O'Brien and Pamela Britton. It is considered a classic of the genre. A fatally poisoned man tries to find out who has poisoned him and why. It was the film debuts of Beverly Garland and Laurette Luez.

Slim is a 1937 American romantic drama film directed by Ray Enright and starring Pat O'Brien and Henry Fonda. It is sometimes (incorrectly) called Slim the Lineman. The picture is a film adaptation of the 1934 novel Slim by William Wister Haines, which concerns linemen in the electric power industry. The supporting cast features Margaret Lindsay and Jane Wyman. 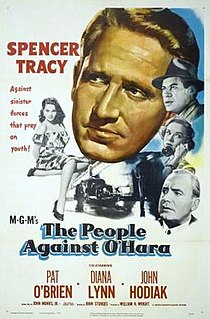 The People Against O'Hara is a 1951 American crime film noir directed by John Sturges and based on Eleazar Lipsky's novel. The film features Spencer Tracy, Pat O'Brien, John Hodiak, and James Arness. 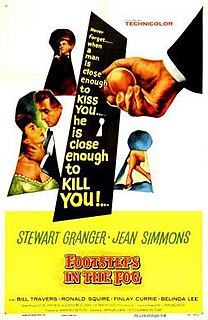 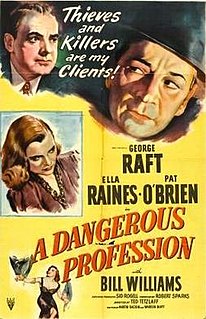 Castle on the Hudson is a 1940 American film noir drama directed by Anatole Litvak and starring John Garfield, Ann Sheridan, and Pat O'Brien. A thief is sent to Sing Sing Prison, where he is befriended by the reform-minded warden. The film was based on the book Twenty Thousand Years in Sing Sing, written by Lewis E. Lawes, on whom the warden in the film was based. Castle on the Hudson was actually a remake of an earlier Spencer Tracy prison film, 20,000 Years in Sing Sing (1932), also based on Lawes's book.

A criminal lawyer is a lawyer specializing in the defense of individuals and companies charged with criminal conduct. 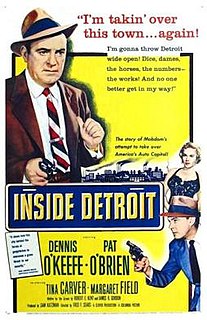 St. Martin of Tours Catholic Church is a Roman Catholic church and parish in the Los Angeles Archdiocese, Our Lady of the Angels Pastoral Region. The church is located on Sunset Boulevard in the affluent Brentwood section of Los Angeles, California. 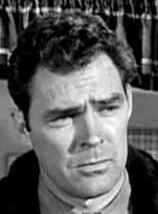 Don Megowan was an American actor. He played the Gill-man on land in The Creature Walks Among Us, the final part of the Creature from the Black Lagoon trilogy. 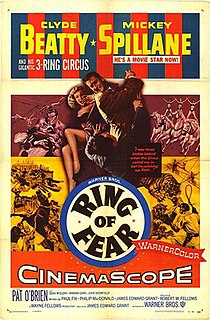 Ring of Fear is a 1954 American film noir directed by James Edward Grant and starring Clyde Beatty and Mickey Spillane as themselves. The cast also featured Pat O'Brien, Sean McClory and Marian Carr. Additional scenes were directed by William A. Wellman. It was shot in CinemaScope and Warnercolor. It was designed partly to take advantage of the popular success of the Mike Hammer adaptations produced by Victor Saville for United Artists.

The Navy Comes Through is a 1942 American World War II film directed by A. Edward Sutherland. It stars Pat O'Brien, George Murphy and Jane Wyatt. Vernon L. Walker and James G. Stewart were nominated for an Oscar for Best Special Effects. The film was based on Borden Chase's 1939 short story Pay to Learn. The working titles of the film were Pay to Learn and Battle Stations. The film was the first RKO Pictures use of a new radio signal trademark that spelled out the word "victory." Prior to this, the studio's radio signal trademark spelled out "RKO."