Rusty Saves a Life is a 1949 American drama film directed by Seymour Friedman and starring Ted Donaldson, Gloria Henry and Ann Doran. [1] It was part of the Rusty series of films produced by Columbia Pictures.

Dwayne Bernard Hickman was an American actor and television executive, producer and director, who worked as an executive at CBS and had also briefly recorded as a vocalist. Hickman portrayed Chuck MacDonald, Bob Collins' girl-crazy teenaged nephew, in the 1950s The Bob Cummings Show and the title character in the 1960s sitcom The Many Loves of Dobie Gillis. He was the younger brother of actor Darryl Hickman, with whom he appeared on screen. After retirement, he devoted his time to painting personalized paintings. 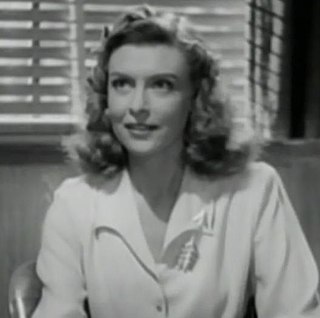 Ann Lee Doran was an American character actress, possibly best known as the mother of Jim Stark in Rebel Without a Cause (1955). She was an early member of the Screen Actors Guild and served on the board of the Motion Picture & Television Fund for 30 years. 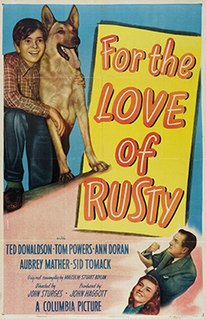 For the Love of Rusty is a 1947 drama film directed by John Sturges. It was the third of the "Rusty" film series involving the adventures of German shepherd Rusty and his human companions - young Danny Mitchell and his pals. This film details Danny's friendship with an eccentric and itinerant "veterinarian" Dr. Fay, and Danny's attempts to form a closer relationship with his father. In this installment, Rusty was played for the first time by Flame, who would portray Rusty in four of the eight Rusty films.

Adventures of Rusty is a 1945 drama film, the first in the "Rusty" series of children's films. The series of eight films were made in the 1940s by Columbia Pictures with stories centered on Rusty, a German shepherd dog. The film is notable for featuring the famous Ace the Wonder Dog as Rusty, the only appearance by Ace in the Rusty films. It was directed by Paul Burnford.

The Kid from Cleveland is a 1949 sports drama film starring George Brent, Lynn Bari and Russ Tamblyn, directed by Herbert Kline, and released by Republic Pictures. It tells the story of a "troubled teenaged fan" who is helped by his favorite baseball team, the Cleveland Indians. 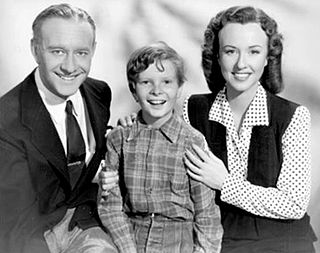 The Rusty film series comprises eight American films produced for young audiences between 1945 and 1949 by Columbia Pictures. Child actor Ted Donaldson stars as Danny Mitchell in the series, which relates the adventures of a German Shepherd dog named Rusty. The role of Rusty was played by Ace the Wonder Dog in the first feature, Adventures of Rusty (1945). A police dog named Rip took over the role for the second film, The Return of Rusty (1946). In the later films Rusty was played by Flame, a charismatic dog star who was featured in three separate series. 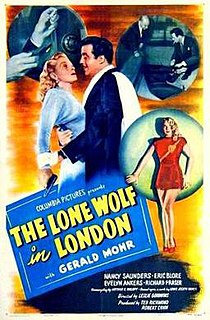 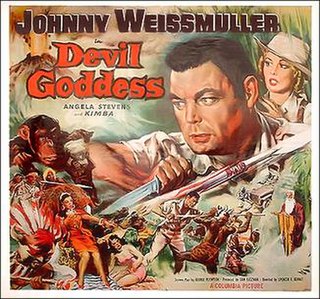 Cannibal Attack is a 1954 American adventure film, the fourteenth Jungle Jim film produced by Columbia Pictures. The film features Johnny Weissmuller in his inaugural performance as the protagonist adventurer Johnny Weissmuller, a character previously called "Jungle Jim." The film also features Judy Walsh. It was directed by Lee Sholem and written by Carroll Young. Filmed at the Los Angeles County Arboretum and Botanic Garden, there are no cannibals in the film

Rusty's Birthday is a black-and-white American juvenile drama, released by Columbia Pictures in November 1949. Structured as an hour-long second feature, it is the final entry in the eight-film low-budget series which centers on the bond between the German Shepherd dog Rusty and the boy Danny Mitchell, portrayed by Ted Donaldson. Rusty's Birthday was directed by Seymour Friedman, and also stars John Litel and Ann Doran as his parents, Hugh and Ethel Mitchell.

The Return of Rusty is a 1946 American drama film directed by William Castle and starring Ted Donaldson, John Litel and Mark Dennis. It was the second in the eight part Rusty film series produced by Columbia Pictures.

The Son of Rusty is a 1947 American drama film directed by Lew Landers and starring Ted Donaldson, Stephen Dunne and Ann Doran. It was part of Columbia Pictures' eight-film Rusty series about a boy and his valiant German Shepherd.

My Dog Rusty is a 1948 American drama film directed by Lew Landers and starring Ted Donaldson, John Litel and Ann Doran. It was part of the eight-film Rusty series of films produced by Columbia Pictures, about a boy and his valiant German Shepherd.

Rusty Leads the Way is a 1948 American drama film directed by Will Jason and starring Ted Donaldson, Sharyn Moffett and John Litel. It is part of the Rusty film series.