The Secret of Johann Orth

The Academy of Fine Arts Vienna is a public art school of higher education in Vienna, Austria. The Academy is significant for rejecting Adolf Hitler.

The Burgtheater, originally known as K.K. Theater an der Burg, then until 1918 as the K.K. Hofburgtheater, is the national theater of Austria in Vienna. It is the most important German-language theater and one of the most important theatres in the world. The Burgtheater was opened in 1741 and has become known as "die Burg" by the Viennese population; its theater company has created a traditional style and speech typical of Burgtheater performances. 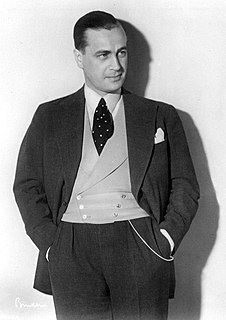 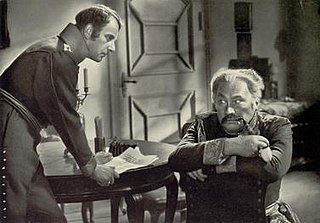 Queen of the Night is a 1931 French musical comedy film directed by Fritz Wendhausen and starring Friedl Haerlin, Karl Ludwig Diehl and Walter Janssen. It is an operetta film. It is the German-language version of the French film La Femme d'une nuit. A separate Italian version was also made. Multiple-language versions were a common feature of the early years of sound before dubbing became firmly established.

The Monastery's Hunter is a 1953 West German historical drama film directed by Harald Reinl and starring Erich Auer, Marianne Koch and Paul Hartmann. It is based on the 1892 novel of the same title by Ludwig Ganghofer which had previously been made into a 1920 silent film and a 1935 sound film.

Karl Lindau was an Austrian actor and writer. He excelled in comic roles at the Theater an der Wien, and wrote several plays, librettos for operettas and songs. 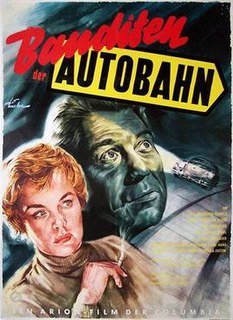