The Sentimentalists is a novel by Canadian writer Johanna Skibsrud that was the winner of the 2010 Scotiabank Giller Prize. [1] [2]

The novel's protagonist is an unnamed young woman, who seeks to understand her relationship with her father better by investigating his experience in the Vietnam War. [3]

The Vietnam War, also known as the Second Indochina War, and in Vietnam as the Resistance War Against America or simply the American War, was a conflict in Vietnam, Laos, and Cambodia from 1 November 1955 to the fall of Saigon on 30 April 1975. It was the second of the Indochina Wars and was officially fought between North Vietnam and South Vietnam. North Vietnam was supported by the Soviet Union, China, and other communist allies; South Vietnam was supported by the United States, South Korea, the Philippines, Australia, Thailand and other anti-communist allies. The war, considered a Cold War-era proxy war by some, lasted 19 years, with direct U.S. involvement ending in 1973, and included the Laotian Civil War and the Cambodian Civil War, resulting in all three countries becoming communist in 1975.

The book had been rejected by several larger publishing houses before being picked up by Gaspereau Press, a boutique firm based in Nova Scotia which is one of Canada's few book publishing companies that still binds and prints its own books, and was published in an initial print run of just 800 copies. [4] However, the novel's Giller Prize win pushed sales demand for the novel well beyond the 1,000 copies per week that Gaspereau could produce on its own, with the result that the book was virtually unavailable in stores. Chapters-Indigo, Canada's primary bookstore chain, did not have a single copy of the book in stock anywhere in Canada in the entire week of the Giller announcement. [4] However, the paper book's unavailability resulted in a significant increase in ebook sales; the ebook version of the novel quickly became the top-selling title for Kobo devices, outselling even George W. Bush's memoir Decision Points . [5]

Gaspereau Press is a Canadian book publishing company, based in Kentville, Nova Scotia. Established in 1997 by Andrew Steeves and Gary Dunfield, the company's philosophy emphasizes "making books that reinstate the importance of the book as a physical object", maintaining control over the design and the manufacturing quality of its titles as one of the few Canadian publishing houses that continues to print and bind its own books in-house.

Indigo Books & Music Inc., usually known as "Indigo" and stylized "!ndigo" is a Canadian bookstore chain. It is Canada's largest book, gift and specialty toy retailer, operating stores in all ten provinces and one territory, and through a website offering a selection of books, toys, home décor, stationery and gifts. Most Chapters and Indigo stores include a Starbucks cafe inside. This does not include Coles and IndigoSpirit stores.

The Kobo eReader is an e-reader produced by Toronto-based Kobo Inc. The company's name is an anagram of "book". The original version was released in May 2010 and was marketed as a minimalist alternative to the more expensive e-book readers available at the time. Like most e-readers, the Kobo uses an electronic ink screen. 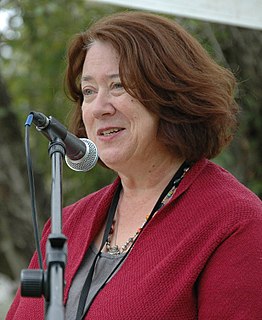 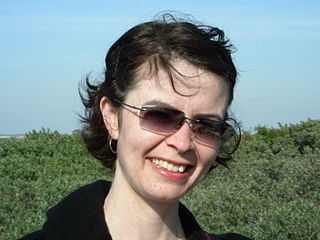 Alissa York is a Canadian writer and the 1999 winner of the Bronwen Wallace Memorial Award. She lived in Winnipeg, Manitoba before settling in Toronto with her writer/filmmaker/publisher husband Clive Holden.

Linden MacIntyre is a Canadian journalist, broadcaster and novelist. He has won ten Gemini Awards, an International Emmy and numerous other awards for writing and journalistic excellence, including the 2009 Scotiabank Giller Prize for his 2009 novel, The Bishop's Man. Well known for many years for his stories on CBC's the fifth estate, in 2014 he announced his retirement from the show at age 71. His final story, broadcast on November 21, 2014, was "The Interrogation Room" about police ethics and improper interrogation room tactics.

Tom Rachman is an English/Canadian novelist. His debut novel was The Imperfectionists, published in 2010 by Dial Press, an imprint of Random House. The book has been published in 25 languages. 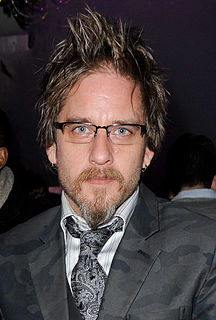 Ru is a novel by a Vietnamese-born Canadian novelist Kim Thúy, first published in French in 2009 by Montreal publisher Libre Expression. It was translated into English in 2012 by Sheila Fischman and published by Vintage Canada. 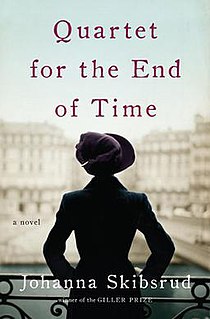 Quartet for the End of Time is a 2014 novel by Giller Prize–winning author Johanna Skibsrud. The novel takes its name and structure from Quatuor pour la fin du temps, a piece of chamber music by the French composer Olivier Messiaen.

Fifteen Dogs: An Apologue is a novel by Canadian writer André Alexis. Published by Coach House Books in 2015, the novel was the winner of the 2015 Scotiabank Giller Prize and the 2015 Rogers Writers' Trust Fiction Prize, as well as the 2017 edition of Canada Reads.