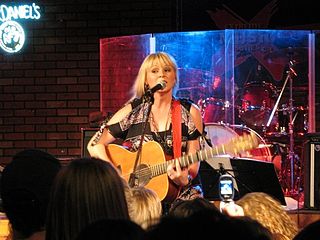 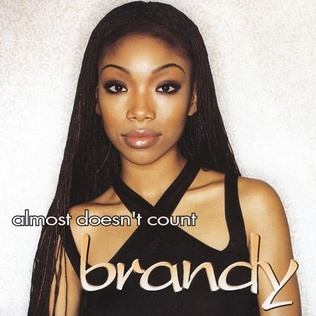 "Almost Doesn't Count" is an R&B ballad written by Shelly Peiken and Guy Roche for Brandy's second studio album, Never Say Never (1998). It also was produced by Roche and released as the album's fourth single during the second quarter of 1999 . The ballad reached the top 20 in New Zealand, the UK, and on the U.S. Billboard Hot 100 on June 8, 1999. Brandy performed the song in the 1999 film Double Platinum, starring Diana Ross and herself.

Canadian singer Shania Twain has released five studio albums, two compilation albums, three remix albums, one box set, two live albums, 38 singles, two promotional singles, and made six guest appearances. In 1992, Twain signed to Mercury Records Nashville in the United States and released her eponymous debut studio album, Shania Twain, the following year. It was a commercial failure, peaking at number 67 on Billboard's Top Country Albums chart, and produced three singles, which were also commercial failures. However, the album attracted the interest of record producer Robert John "Mutt" Lange. He and Twain collaborated on her second release, The Woman in Me, which was released in 1995. The Woman in Me commenced with small sales but eventually led Twain to commercial success. It topped Top Country Albums and peaked at number five on the main-genre Billboard 200. The album was certified 12 times platinum (diamond) by the Recording Industry Association of America (RIAA) and sold over 7.6 million copies, according to Nielsen SoundScan. Furthermore, The Woman in Me led to success in the singer's native country, Canada, where it was certified double diamond by Music Canada and was once the best-selling album by a female country singer; Twain later surpassed herself. The album spawned eight singles, four of which topped the US Hot Country Singles & Tracks. 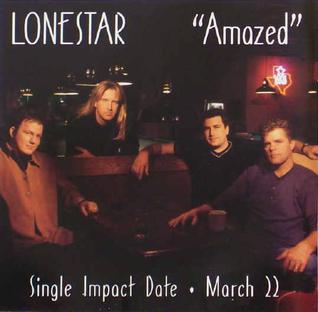 "Amazed" is a song by American country music group Lonestar, released in March 1999 as the second single from their third studio album Lonely Grill (1999). It is the band's longest-lasting number one single and biggest hit, spending eight weeks at the top of the Billboard country chart. The song was written by Marv Green, Aimee Mayo, and Chris Lindsey. A remix of the song was released in December 1999, and reached number one on the Billboard Hot 100 and number 2 on the Hot Adult Contemporary Tracks charts in 2000. The song has sold over 1,650,000 digital copies in the US as of February 2016. 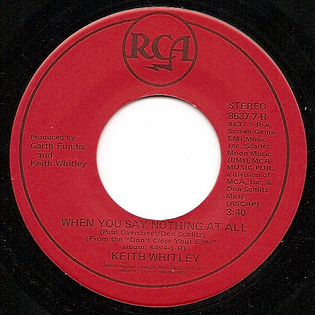 "When You Say Nothing at All" is a country song written by Paul Overstreet and Don Schlitz. It was a hit song for three different performers: Keith Whitley, who took it to the top of the Billboard Hot Country Singles chart on December 24, 1988; Alison Krauss, whose version was her first solo top-10 country hit in 1995; and Irish pop singer Ronan Keating, whose version was his first solo single and a chart-topper in the United Kingdom, Ireland and New Zealand in 1999. 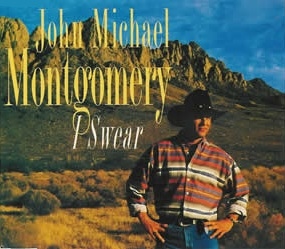 "I Swear" is a song written by Gary Baker and Frank J. Myers that became a hit for American country music artist John Michael Montgomery in 1993 and for American R&B group All-4-One in 1994. 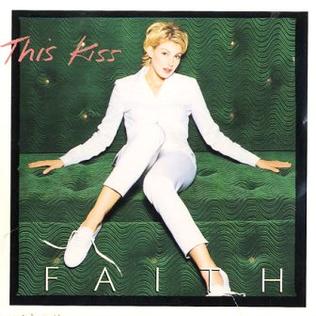 "This Kiss" is a song recorded by American country music singer Faith Hill from her third studio album Faith. It was written by Beth Nielsen Chapman, Robin Lerner and Annie Roboff, and produced by Hill and Byron Gallimore. It was released in March 1998 as the album's first single. 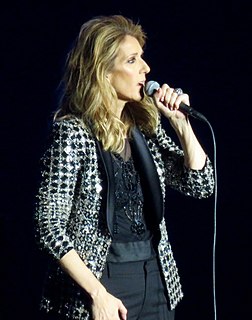 The discography of Keith Urban, a New Zealand-born Australian country music artist, consists of 11 studio albums, four compilation albums, and 49 singles. He began his career in 1991 with the release of his self-titled debut album on EMI/Capitol Records in Australia. After an American album in 1997 as a member of The Ranch, he embarked on a solo career there as well, subsequently releasing five more studio albums. His highest-certified album in the US is 2004's Be Here, which is four-times-platinum. 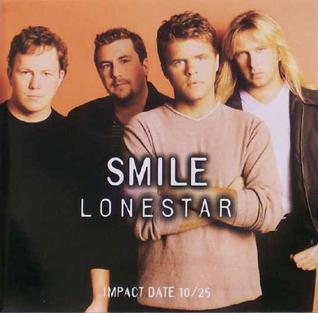 "Smile" is a song written by Keith Follesé and Chris Lindsey, and recorded by American country music band Lonestar. It was released in October 1999 as the third single and 10th track from their third album Lonely Grill. The song reached the top of the Billboard Hot Country Singles & Tracks chart.

Canadian country artist Terri Clark has released 11 studio albums, 1 live album, 3 compilation albums, 27 music videos and 42 singles. In 1994, she signed her first recording contract with Mercury Nashville Records. Her self-titled debut studio album was released in 1995. Its first three singles became top 10 hits on both the Billboard and Canadian country charts: "Better Things to Do", "When Boy Meets Girl", and "If I Were You". Clark's second studio album Just the Same was released in 1996. "Poor Poor Pitiful Me" was issued as the lead single, peaking at number 5 on the Billboard Hot Country Songs chart. In 1998, Clark's third studio album How I Feel was released. The album spawned four singles including "You're Easy on the Eyes", which topped both the American and Canadian country charts. How I Feel would also become Clark's third album to certify platinum in sales from the RIAA and the MC.

Gary Allan is an American country music singer. His discography comprises nine studio albums, two greatest hits albums, and 31 singles. His first two albums were issued on Decca Records Nashville, while the other five and his Greatest Hits album were all issued on MCA Nashville. 1999's Smoke Rings in the Dark, 2001's Alright Guy and 2003's See If I Care are all certified platinum by the RIAA, while his 1996 debut Used Heart for Sale, 2005's Tough All Over, 2006's Greatest Hits, and 2007's Living Hard are all certified gold.

The discography of Kathy Mattea, an American country music singer, comprises 18 studio albums, four compilation albums, and 42 singles. From 1983 to 2000, Mattea recorded for Mercury Records, the label with which she achieved her greatest commercial success. During this time period, she had six consecutive albums, five studio and one compilation, certified Gold or Platinum by the RIAA. To date, Mattea has a total of 17 Top 10 singles on the Billboard charts as either a solo artist or as part of a collaborative effort. Of those Top 10 singles, four of them, "Goin' Gone", "Eighteen Wheels and a Dozen Roses", "Come from the Heart", and "Burnin' Old Memories", peaked at #1 on the Billboard Hot Country Singles & Tracks chart.

SHeDAISY is an American country music group composed of sisters Kassidy, Kelsi and Kristyn Osborn. The trio recorded for Lyric Street Records between 1999 and 2010, releasing five studio albums, one compilation album, one remix album, fourteen singles and two Christmas songs for the label. Of the trio's albums, 1999's The Whole SHeBANG is certified platinum by the Recording Industry Association of America, and 2004's Sweet Right Here is certified gold. Four of the group's singles have reached Top Ten on the Billboard Hot Country Songs charts, with the highest being the number two hit "I Will… But" from 2000.

"Cold Day in July" is a country music song written by Richard Leigh and most known as performed by the Dixie Chicks.

"Home to You" is a song written by Arlos Smith and Sara Light, and recorded by American country music artist John Michael Montgomery. It was released in July 1999 as the second single and title track from the album Home to You. The song reached number 2 on the Billboard Hot Country Singles & Tracks chart.

"Boy Oh Boy" is a song recorded by Canadian country music group The Wilkinsons. It was released in March 1999 as the third single from their album Nothing but Love. The song reached number 3 on the Canadian RPM Country Tracks chart and number 50 on the U.S. Billboard Hot Country Singles & Tracks chart.

The discography of Canadian country music artist George Canyon consists of 11 studio albums, one compilation album, 33 singles, and 24 music videos. 29 of his singles have appeared on the RPM, Radio & Records, and Billboard country charts in Canada, including 16 top tens.

American singer David Lee Murphy has released five studio albums one compilation album and fifteen singles. Eleven of these singles were released between 1994 and 1997 for MCA Records Nashville, with his highest chart entry in this timepsan being "Dust on the Bottle", a No. 1 single on Hot Country Songs in 1995. Murphy returned to the charts in 2004 with "Loco", released on Koch/Audium from his fourth studio album and the second No. 1 single of his career "Everything's Gonna Be Alright" from his fifth studio album released on Reviver Records.