Thomas O. Ryder (born c. 1944) is an American businessman, investor and corporate board member who has had a long career in the publishing and financial services industries. He currently serves on the boards of directors of Amazon.Com; Interval Leisure Group, Inc.; Quad Graphics, Inc.; RPX Corp, Inc. and Starwood Hotels & Resorts Worldwide. [1]

Ryder was born in Varnville, SC, but was raised in Alexandria, La. where he attended public schools.

Ryder received a Bachelor of Arts degree in Journalism from Louisiana State University in 1966. [2] 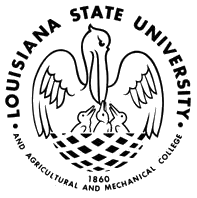 Louisiana State University is a public research university in Baton Rouge, Louisiana. The university was founded in 1853 in what is now known as Pineville, Louisiana, under the name Louisiana State Seminary of Learning & Military Academy. The current LSU main campus was dedicated in 1926, consists of more than 250 buildings constructed in the style of Italian Renaissance architect Andrea Palladio, and the main campus historic district occupies a 650-acre (2.6 km²) plateau on the banks of the Mississippi River.

After graduating from Louisiana State University in 1966, he was hired as a publishing trainee at Time Inc. and in 1968 became a publishing executive at Xerox Education Publications. In 1972, he joined Vincent Drucker and Frank McCulloch as the founding executive team in Education Today Co. Inc. in Palo Alto, Ca. The company published magazines and books for teachers and parents, including Learning, The Magazine for Creative Teaching. Ryder was president of the company and a member of the board of directors. From 1980 until May 1984 Ryder was senior vice president of CBS Magazines.[ citation needed ]

The Reader's Digest Association, Inc. (RDA), a global media and direct marketing company, is best known for its flagship publication founded in 1922, Reader's Digest. The company was founded by husband and wife DeWitt and Lila Bell Wallace in 1922 with the first publication of Reader's Digest magazine, but grew to include a diverse range of magazines, books, music, DVDs and online content. As chairman and CEO of the company that published the world's most widely read magazine, Reader's Digest, Ryder was responsible for a total global circulation of almost 40 million and well over 100 million readers in 60+ countries, with company sales of nearly $2.5 billion. [4]

In 2002, the company purchased Reiman Publications, based in Greendale, Wisconsin, from Madison Dearborn Partners. Reiman Publications published Taste of Home, Healthy Cooking, Simple and Delicious, Birds & Blooms, Country, Country Woman, Farm and Ranch Living and Reminisce. It was one of the largest magazine publishing acquisitions in U.S. history.

In March 2007, after being publicly traded for 15 years, Reader's Digest Association was acquired by an investor group led by Ripplewood Holdings, a private equity firm.

On September 28, 2015, it was announced that the company's name was officially changed from "Reader's Digest Association" to "Trusted Media Brands, Inc." [5]

Ryder has been an independent director at Starwood Hotels & Resorts Worldwide, Inc. since April 2001. He currently serves on the capital and compensation committees. He formerly served on the governance committee and was chairman of the audit committee. [6]

Since 2002, Ryder has served on the board of directors of Amazon (NASDAQ), was named lead independent director and serves as the chairman of audit.

He serves on RPX Corp., since 2009, (pre IPO, NYSE) and is the company's lead independent director and is the former audit chairman. He is currently on the compensation committee and is nominating chairman.

He has been on the board of Quad Graphics (NYSE) since 2010 and is on the audit committee.[ citation needed ]

He served on Virgin Mobile USA (NYSE) from 2006 to 2009; and was chairman of the board; audit committee chairman, and a member of the compensation committee. The company was acquired by Sprint-Nextel in July 2009.

Ryder served on World Color Press (private) from 2008 to 2010 and was lead independent director and a member of the audit committee. The company was acquired by Quad Graphics in July 2010.

He served on Startek Corporation(NYSE) from 1996 to 2000 and was chairman of the audit committee.

From 1972 to 1980 he swerved on the board of Education Today Company, Inc. (Private), where he was CEO and co-founder.

He served on the boards of directors for Club Mediterranee and American Express International Bank.

Ryder was chairman of the board of the MPA—The Association of Magazine Media and was given The Henry Johnson Fisher Award in 2007 for lifetime achievement in magazine publishing. [7]

Ryder received an honorary doctor of humane letters from the University of Southern Connecticut on May 27,2010. [8]

Reader's Digest is an American general-interest family magazine, published ten times a year. Formerly based in Chappaqua, New York, it is now headquartered in Midtown Manhattan. The magazine was founded in 1922, by DeWitt Wallace and Lila Bell Wallace. For many years, Reader's Digest was the best-selling consumer magazine in the United States; it lost the distinction in 2009 to Better Homes and Gardens. According to Mediamark Research (2006), Reader's Digest reaches more readers with household incomes of $100,000+ than Fortune, The Wall Street Journal, Business Week, and Inc. combined.

Lawrence M. Tanenbaum is a Canadian businessman and chairman of Maple Leaf Sports & Entertainment (MLSE). He owns a 25% stake in MLSE through his holding company Kilmer Sports Inc. 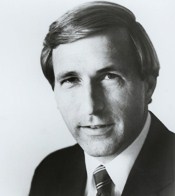 Edwin Van Wyck Zschau represented California's 12th District in the United States House of Representatives from 1983 to 1987. In 1986 he ran as the Republican candidate for a seat in the United States Senate. He prevailed in a crowded Republican primary that included, among others, conservative commentator Bruce Herschensohn, Los Angeles County supervisor Michael D. Antonovich and Congresswoman Bobbi Fiedler, but then lost to incumbent Democrat Alan Cranston by a narrow margin. 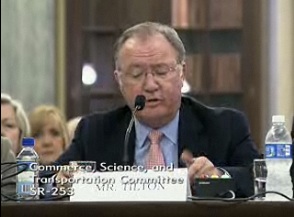 Glenn Tilton is a retired American oil and airline industry executive. Tilton spent most of his career working for Texaco, and as CEO guided its merger with Chevron Oil in 2001. He was Chairman, President, and CEO of UAL Corporation from 2002-2010. He stayed on as non-executive Chairman of United Continental Holdings Inc., (NYSE:UAL), the parent company of the merged United Airlines, Inc. and Continental Airlines, Inc. from October 1, 2010 until 2012. Tilton was Midwest Chairman and a member of the Executive Committee at JP Morgan Chase (NYSE:JPM), from June 6, 2011 until his retirement in June, 2014. 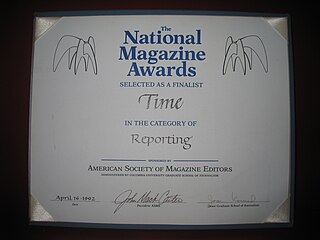 Jack Griffin served as Chief Executive Officer of the Tribune Publishing Company from April 14, 2014 to February 23, 2016. He currently serves as a senior advisor at investment banking firm DeSilva+Phillips.

Kathi P. Seifert is an American businesswoman. Both Forbes magazine and Fortune magazine have included her in their lists of the most powerful women in business.

Taste of Home is an American media brand centered on food. It is an example of user-generated content in magazines, publishing recipes submitted by home cooks. Taste of Home is owned by Trusted Media Brands, which also owns Reader's Digest, Birds and Blooms and The Family Handyman.

The National Association of Corporate Directors (NACD) is an independent, not-for-profit, section 501(c)(3) founded in 1977 and headquartered just outside of Washington, DC, in Arlington, VA. NACD's membership includes the entire boards of 1,400+ corporations as well as several thousand individual members, for a total of more than 20,000 members. Membership is open to individuals serving on boards of public, private, and nonprofit organizations from both the United States and overseas. The organization is registered with the National Association of State Boards of Accountancy as a sponsor of continuing professional education on the National Registry of CPE Sponsors.

M. Anthony Burns is an American businessman and chairman emeritus of the board of directors of Ryder System, Inc., an American-based provider of transportation and supply chain management products. He currently serves as managing owner/chairman of Red Ledges Land Development, Inc. in Heber City, Utah, and as a member of the boards of directors of Pfizer Inc. and Huntsman Corporation. He is a life trustee of the University of Miami Board of Trustees.

Roy J. Reiman is the founder of Reiman Publications based in Greendale, Wisconsin, which is best known for its country-oriented magazines, books, and other home products. Roy Reiman is credited with building the country’s largest, private, subscription-based publishing company. In 2003, it was reported that one out of every eight households in the United States subscribed to a Reiman magazine. Roy Reiman was named publisher of the year in 1991 by Magazine Weekly and Wisconsin’s Master Entrepreneur in 1992. Reiman Publications, now affiliated with the Reader's Digest Corporation, currently publishes thirteen national consumer magazines, including Taste of Home, the most popular cooking magazine worldwide.

Barry Stuart Sternlicht is a billionaire and the co-founder, chairman, and CEO of Starwood Capital Group, an investment fund with over $60 billion in assets under management. He is also chairman of Starwood Property Trust. He is the co-founder of Starwood and served as its CEO from 1995 to 2005.

World Wide Country Tours (WWCT) was a guided tour company founded by publishing icon Roy Reiman in 1972, and it served as the exclusive tour operator for and part of the Reader's Digest Association family of companies until its closing in 2012. The company was headquartered in Greendale, Wisconsin, along with the publishing offices of thirteen magazines, including Taste of Home, Birds & Blooms and Country.

Robert S. Taubman is an American businessman. He serves as the current chairman, president and chief executive officer of Taubman Centers.

Louis Tung-jung Hsieh is a Chinese businessman and lawyer, and the chief financial officer (CFO) of NIO, a Chinese developor of electric and autonomous vehicles. He is a senior advisor and a director of New Oriental, China's largest private educational services provider. He was the company's president from May 2009 to January 2016.