Thomas L. Spray was Chief of the Division of Cardiothoracic Surgery and the Mortimer J. Buckley, Jr. MD Endowed Chair in Cardiac Surgery at the Children's Hospital of Philadelphia and Professor of Surgery at the Perelman School of Medicine at the University of Pennsylvania. [1] He retired in 2018. [2]

Spray was born in Rochester, MN on August 28, 1948. [3] The family moved to Oak Ridge, TN, where he completed high school. [4] He was inspired by his father's orthopedic surgery practice to follow a career in medicine, [5] being particularly impressed by his experiences accompanying his father on a medical mission trip to Algeria. [4] He attended college at Haverford College majoring in Molecular Biology, receiving departmental honors.

In 2009, Spray was elected the 89th president of the American Association for Thoracic Surgery. [6]

Spray was one of the early adopters of ECMO. [3] He was among the first to use intraoperative echocardiography to guide repair of congenital heart disease. [3] He has become an expert and advocate for the Ross procedure. [1] [3] He has performed over 10,000 operations in his over 20-year career. [3]

Walter Randolph "Ranny" Chitwood, Jr. is known for his work as a cardiothoracic surgeon at the Brody School of Medicine at East Carolina University located in Greenville, North Carolina.

John Webster Kirklin was an American cardiothoracic surgeon, general surgeon, prolific author and medical educator who is best remembered for refining John Gibbon's heart–lung bypass machine via a pump-oxygenator to make feasible under direct vision, routine open-heart surgery and repairs of some congenital heart defects. The success of these operations was combined with his other advances, including teamwork and developments in establishing the correct diagnosis before surgery and progress in computerized intensive care unit monitoring after open heart surgery.

David H. Adams is an American cardiac surgeon and the Marie-Josée and Henry R. Kravis Professor and Chairman of the Department of Cardiothoracic Surgery, Icahn School of Medicine at Mount Sinai Hospital in New York City. Dr. Adams is a recognized leader in the field of heart valve surgery and mitral valve reconstruction. As director of Mount Sinai Mitral Valve Repair Center, he has set national benchmarks with >99% degenerative mitral valve repair rates, while running one of the largest valve repair programs in the United States. Dr. Adams is the co-inventor of 2 mitral valve annuloplasty repair rings – the Carpentier-McCarthy-Adams IMR ETlogix Ring and the Carpentier-Edwards Physio II Annuloplasty Ring, and is a senior consultant with royalty agreements with Edwards Lifesciences. He is also the inventor of the Tri-Ad Adams Tricuspid Annuloplasty ring with a royalty agreement with Medtronic. He is a co-author with Professor Alain Carpentier of the benchmark textbook in mitral valve surgery Carpentier's Reconstructive Valve Surgery. He is also the National Co-Principal Investigator of the FDA pivotal trial of the Medtronic-CoreValve transcatheter aortic valve replacement device.

David L. Reich is an American academic anesthesiologist, who has been President & Chief Operating Officer of The Mount Sinai Hospital, and President of Mount Sinai Queens, since October 2013. 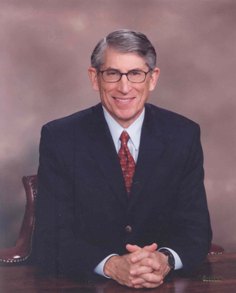 James L. Cox is an American cardiothoracic surgeon and medical innovator best known for the development of the Cox maze procedure for treatment of atrial fibrillation in 1987.

Dasari Prasada Rao is an Indian Cardiothoracic surgeon. He was noteworthy for introducing the first open heart surgery to the state of Andhra Pradesh in India and for pioneering advanced medical care at affordable costs. Dasari Prasada Rao has won numerous awards including in 2001 the Padma Shri award, a Civilian award bestowed by the Government of India.

Richard Lee is a cardiac surgeon in St. Louis, Missouri, who helped pioneer a staged Hybrid Maze, a procedure for atrial fibrillation or AFIB. combining surgery and catheter based approaches.

James K. Kirklin is an American cardiac surgeon who has made significant scientific and surgical contributions in the fields of heart transplantation and mechanical circulatory support devices to assist the pumping action of the heart. He is Professor of Surgery, former Director of the Division of Cardiothoracic Surgery (2006-2016), Director of the James and John Kirklin Institute for Research in Surgical Outcomes (2016–present), former Co-Director of the University of Alabama at Birmingham (UAB) Comprehensive Cardiovascular Center and holds the James Kirklin Chair of Cardiovascular Surgery at UAB. 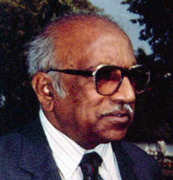 Stanley John was an Indian cardiothoracic surgeon, a former professor at the Christian Medical College and Hospital (CMCH) and one of the pioneers of cardiothoracic surgery in India. He is reported to have performed the first surgical repairs of Ebstein's anomaly, Ruptured Sinus of Valsalva (RSOV) and Double Outlet Right Ventricle (DORV) in India. He assisted in performing the first open heart surgery in India while working at CMCH. During his tenure of 25 years at the institution, he mentored several known surgeons such as V.V. Bashi, A. G. K. Gokhale, J. S. N. Murthy and Ganesh Kumar Mani. Later, John joined Yellamma Dasappa Hospital, Bengaluru at the Department of Thoracic and Cardiovascular Surgery. He is an elected fellow of the National Academy of Medical Sciences, and the Government of India awarded him the fourth highest Indian civilian award of Padma Shri in 1975. He served as the 13th President of the Indian Association of Cardiovascular-Thoracic Surgeons (IACTS) between 1982 and 1983.

Michael J. Reardon is an American cardiac surgeon and medical researcher. He is known for his work in heart autotransplantation for malignant heart tumors, an operation in which the surgeon removes the patient's heart, cuts out the malignant tumor, and reimplants the heart back in the patient's chest. He performed the first successful heart autotransplantation for a cancerous heart tumor in 1998. Dr. Reardon has served as a leading clinical investigator in the trans catheter aortic valve replacement (TAVR) field. He serves as the national surgical principal investigator for the Evolut intermediate risk trial ,the Evolut low risk trial (NCT02701283), the Evvolut 34 mm trial (NCT02746809), the Evolut 2.0trial (NCT02738853), the Reprise III Lotus high and Extreme risk trial (NCT02202434), The Acurate trial (NCT03735667), The Portico NG trial (NCT04011722) and the Vantage trial (NCT04788888). He serves a national study chair for the Reprove IV trial (NCT03618095) and the Evolut low risk bicuspid trial (NCT03635424).

Robert Clayton Robbins, known professionally as Robert C. Robbins or R.C. Robbins, is an American cardiothoracic surgeon and the 22nd and current president of The University of Arizona. Previously, he was the president and CEO of the Texas Medical Center in Houston, Texas, from 2012 to 2017. As an internationally recognized cardiac surgeon, he has focused his clinical efforts on acquired cardiac diseases, including surgical treatment of congestive heart failure and cardiothoracic transplantation. He also serves on the board of the Greater Phoenix Economic Council.

Uwe Klima is UAE based professor of surgery and a faculty member at the Hannover Medical School, Germany. He also is the medical and managing director at German Heart Centre, Dubai.

William Imon Norwood Jr. also Bill Norwood was an American pediatric cardiac surgeon and physician. He was known for the Norwood procedure, a pioneering cardiac operation named after him for children born with Hypoplastic left heart syndrome.